Wanted: Food for the Future [completed]

Wanted: Food for the Future [completed]

A unique project in which the Belgian Province of Flemish Brabant, Rikolto, retailer Colruyt Group and the University of Leuven together with young people, experts, farmers, etc. look for ways to feed the growing global population in a sustainable way.
Make a donation

Wanted: Food for the Future is a unique project in Belgium in which the Province of Flemish Brabant, Rikolto (formerly VECO), Colruyt Group and the University of Leuven together with young people, experts, farmers, etc. look for ways to feed the growing global population in a sustainable way. Wanted: Food for the Future wishes to fuel the debate by bringing together people from the business community, governments, consumers and civil-society organisations.

Additionally, the partners literally want to 'feed' the debate from practice by setting up three sustainable food chains (in the Andes region, Indonesia and East Africa). They will be looking for tasty and nutritious products from developing countries that have a low environmental impact and, at the same time, offer the farmers producing the products new opportunities. The obstacles, opportunities and questions we encounter during this process will shape the debate**.

By 2050, there will be over 9 billion people on the planet; 70% of which will live in cities. This demographic evolution will take place against the backdrop of global warming, land, resource and water scarcity, reduced biodiversity and increased social and economic deprivation and exclusion of farmers worldwide. Scientists expect that up to 50% more food will need to be produced in the current food system to be able to feed this growing global population.

Increasing production is not enough. What we produce and how we produce it is more important. The food system needs to provide products that feed the population in a way that is as efficient and healthy as possible, while having an environmental impact that is as low as possible. 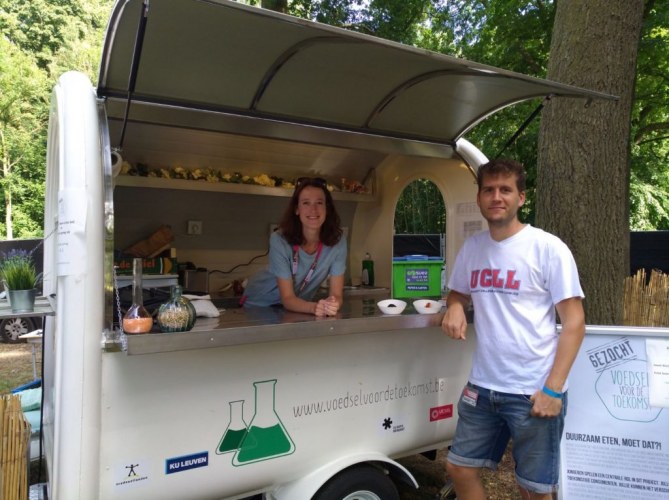 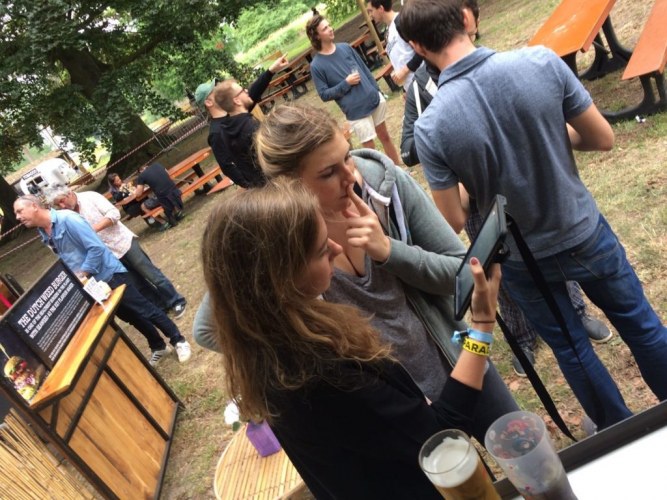 Wanted: Food for the Future is unique in its approach. This co-creative project combines the expertise of four partners with different backgrounds that will look for the 'what’ and ‘how' together. Thus, the project can be the start of a much larger movement of partnerships. Colruyt Group and Rikolto contribute their expertise in the field of chain development, making product chains sustainable and marketing the end products. KU Leuven provides academic support for the project, raises critical questions and documents the co-creative process. The Province of Flemish Brabant involves young people, organisations, educational institutes, etc. thanks to its extensive network in the region.

The four partners have a common goal, but do not have the same perspective. This encourages them to enter into constructive debate, and do so without reservations or taboos. They do this by collectively challenging the different perspectives and putting the most pressing questions that arise from practice on the table. The four partners take a vulnerable position in doing so. After all, this is the only way the debate can be properly held.

The involvement of citizens/consumers is crucial for the entire project. The consumers of the future are the youth of today. They will map out the challenge, be part of taste panels, give input for academic research and product development, and provide their critical opinion on the project. By working with caterers in school cafeterias, we will take the product to young people’s plates. Teachers will work on sustainable food, using a new 'Food for the Future' module.

In order to feed the debate from practice, we plan to set up three new sustainable chains that will eventually result in a number of sustainable products in the store racks. To this end, we will use the following criteria: nutritious and healthy, ecologically sustainable and climate-proof, economically viable, relevant to the development of the local market in the South, socially, economically and/or ecological added value for the local producer, added value for the Belgian consumer, complementary to products from the North, ecological, economic and/or social innovation, etc.

Based on these criteria, pulses from East Africa, Andean crops (such as quinoa) and seaweed from Indonesia were opted for. The three chains each have their own specificity. They allow us to focus on new things each time and, thus, telling a story that is as complete as possible.

Wanted: Food for the Future transcends the traditional Western world versus developing countries division. Not only are the issues global, the chains themselves are too. It makes sense for us to also look for solutions that benefit everyone. After all, a nutritious and tasty end product begins with a healthy and honestly grown resource.

Attention for the local working conditions, participation, sales markets and development opportunities are just as important as economic viability, ecological footprint and the nutritional value. After all,– we cannot have one without the other if we want to equip ourselves for the future, and this is exactly the vision we want to promote.

Curious to know more about the different products and the approach? 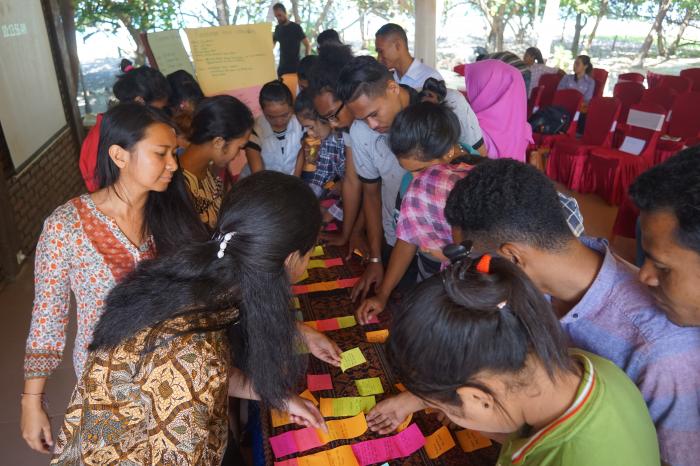 How do you unlock the – often hidden – potential of rural and urban youth? In three workshops, young people from Peru, Tanzania and Indonesia were challenged to dream about their future food system. Read more about the methodology that was used and the insights of the workshop leaders. 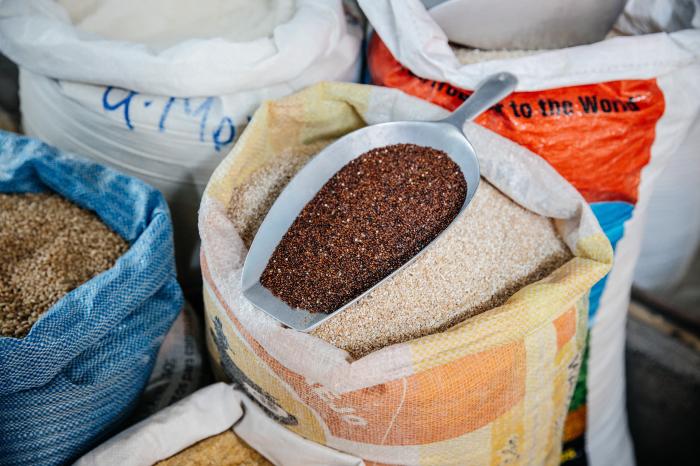 For the past three years, the project Wanted: Food for the Future fuelled the debate on sustainable food in Belgium. The partners and the researchers that took part in the project collected their insights. To inspire companies, public authorities, knowledge institutions, NGOs and other organisations to face the complex challenges of our society together. 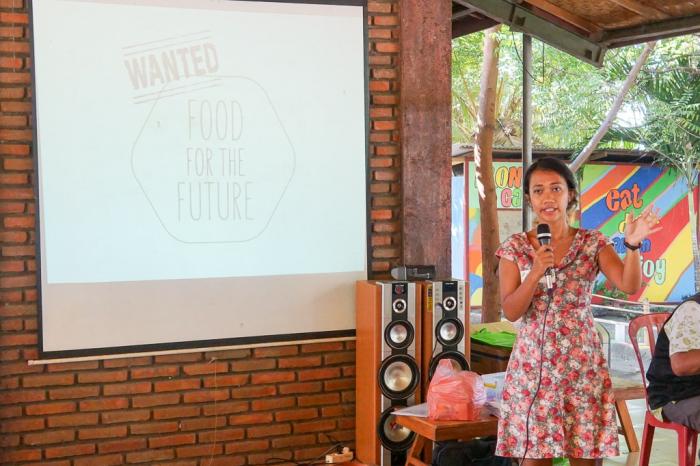 A glimpse into the future of the current food system shows massive challenges ahead for the 7.6 billion people currently inhabiting the planet. Based on that concern, Rikolto is picking up its pace in securing food for the future through the involvement of consumers, especially young people. Why young people?

The partners of the Food for the Future project presented their first product, ready to be sold. Quinoa from Peru now to be found in the Belgian supermarket Colruyt. 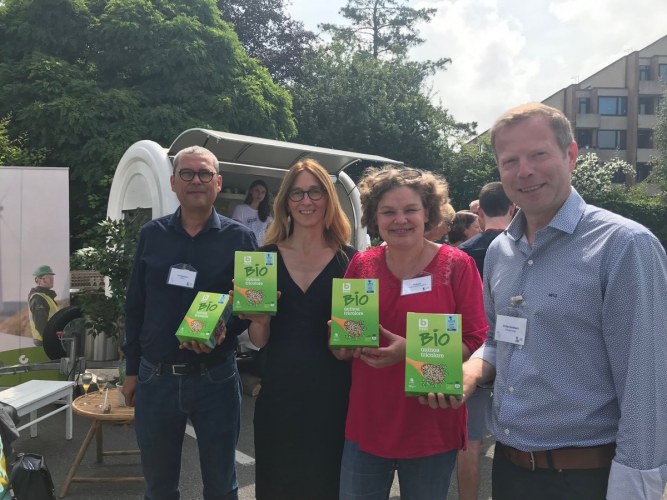 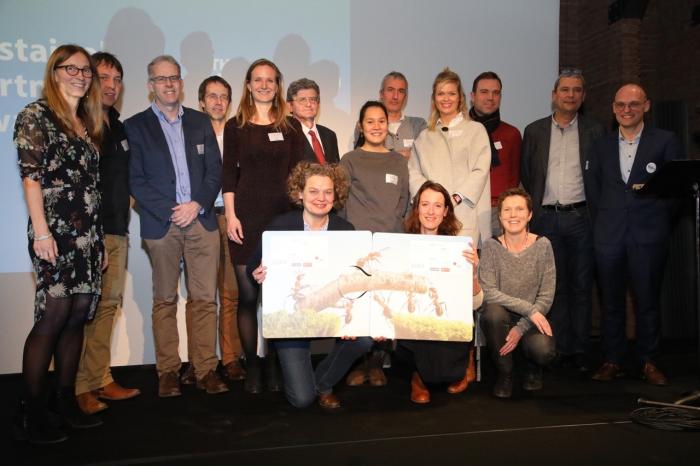 On December 6, 2017, our project 'Wanted: Food for the Future' won the Sustainable Partnerships Award of The Shift (the Belgian sustainability network). The award showcases the best examples of international collaboration between the public sector, companies and non-profit organizations. 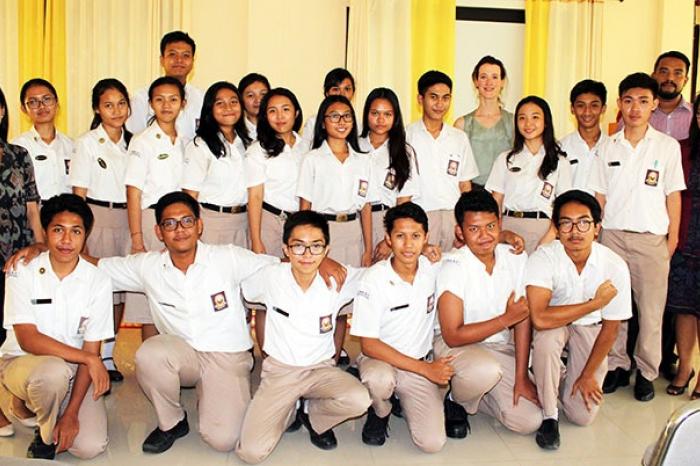 Indonesia's Next Generation on Food for the Future

Young people will inherit one of the greatest challenges that we have all started to struggle with even today: how to feed a rapidly growing world population. VECO Indonesia and VECO Belgium teamed up to visit a high school in Bali, SMAN 4, to speak with the students and learn more about what they envision as food for the future. Read this article and watch a short video to find out what these young people think about the challenges in Indonesia.

Since as early as 2002, Colruyt Group has been investing in small-scale training and education programmes for youths through Collibri Foundation in developmental regions where we buy our products. The training projects always go hand in hand with the formation of a sustainable production chain. Thus, training gives cause for chain projects and development of new Boni Selection products and vice versa: a new training project is also linked to a new chain. The result: the local community is reinforcing itself in both social and economic respects. Moreover, the training of youths is directly linked to our core activity as a retailer.

With the Sustainable Food Economies Research Group (SFERE), KU Leuven wants to gain insight into European and global food issues. They will look for new forms of cooperation between public and private actors in order to contribute to the public debate and work on a more sustainable world together. This project is a unique opportunity to document a marketing process from the start; it is a way of researching cooperation and to actively work as an actor of change.

Situated in Belgium, in the heart of Western Europe, KU Leuven has been a centre of learning for nearly six centuries. Today, it is Belgium's largest university and, founded in 1425, one of the oldest and most renowned universities in Europe. As a leading European research university and co-founder of the League of European Research Universities (LERU), KU Leuven offers a wide variety of international master’s programmes, all supported by high-quality, innovative, interdisciplinary research.

The Province of Flemish Brabant is one of the main knowledge economy regions in Europe. In the field of food, the region is part of the global frontrunners. The unique combination of high-end research, applied research and industrial applications leads to constant innovation in terms of production, processing and logistics of food. By unifying various actors in co-creative partnerships and, as such, transcending the traditional frameworks, the Province of Flemish Brabant wishes to answer the global challenge of feeding a growing global population in a sustainable way.

The province of Flemish Brabant is a form of local government that links the 65 municipalities of the area and the Flemish and federal governments. The provincial council implements and develops economic, social and cultural policy, coordinates actions of local actors and funds projects of regional importance.

Over a 3 year period, the Province of Flemish Brabant will invest 300.000 euro in Food for the Future.