The food retail industry in Central America is dominated by a small number of supermarkets. Their involvement is therefore key to making the vegetable market more inclusive and sustainable. A fair relationship between farmers and companies, as well as better prices, would ensure the continuity of the farms, securing the food chain and giving the producers enough additional revenue to invest in environmentally-friendly technologies. We believe these steps are necessary to fight climate change and feed the growing urban population. The Honduran vegetable market is still mainly informal. However, in recent years, the formal market has expanded and become more significant. It now represents 20% of the market share. In the future, supermarkets such as La Colonia, Walmart and La Antorcha will continue to increase their influence in the region. A stable commercial chain would be a win-win situation for both sides, as farmers would have stable prices and the supermarkets would not need to import vegetables from other countries.

ASOFAIL is a farmers’ organization founded in 1997 in the district of Intibucá, Honduras. Walmart has been supplied by ASOFAIL since 2010. La Colonia also had deals with them but this stopped in 2012. ASOFAIL currently has 305 members, but not all of them participate in the chain. Members participating in the fresh vegetable chain receive technical assistance, inputs and training from the cooperative, which also coordinates them to ensure a stable and varied production all year round.

The chain is promising, selling an average 9,000 units of vegetables per week, but is based on an informal agreement and the cooperative struggles to cover Walmart’s demand. VECO’s objective is to strengthen the cooperative and at the same time make it accessible to women and younger farmers. To achieve the latter objective, a joint project was launched by VECO, ASOFAIL and COMRURAL in 2013. The pilot project targets producers aged under 35 who want to be involved in the chain, offering them a viable business plan and finance to install irrigation systems and greenhouses. Nearly all of the farmers own the land they cultivate: only 4% rent it. About half of the farmers’ revenues come from vegetable production. On average, they have 0.77 hectares per plot but only use half of it, so the opportunities for expansion are plentiful. Their farms are accessible by road and 80% are connected to some form of public transport. Most buildings have running water but no electricity. Most houses need to be secured because they are situated in a region vulnerable to landslides. 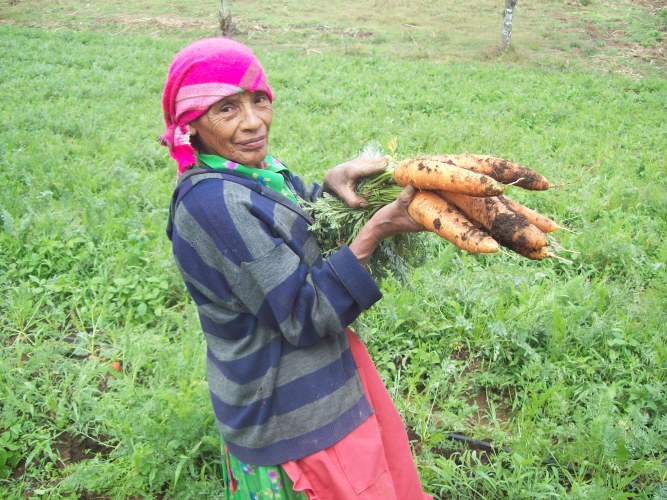 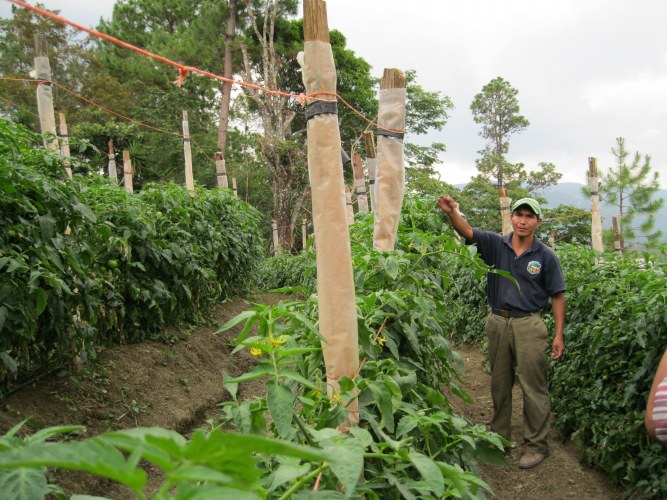 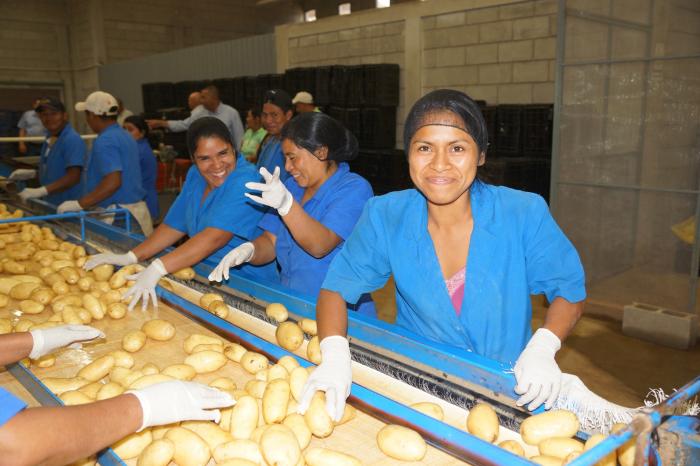 Tegucigalpa and Comayalegua form the largest and most populated city in Honduras. The search for better life opportunities, remunerative jobs, education and public services, has generated an exodus of the rural population to this city, which has caused, among other effects, the lack of food producers, the aging of the productive population in rural areas and the dependence of other income sources.