Horticulture is one of the few opportunities for small scale farmers to find a route out of poverty, Rikolto currently is working in Uganda and Tanzania with over 3,000 horticulture farmers to support inclusive business development to unveil their potential to transform the sector towards sustainability.
Make a donation
This project is part of the following focus area:

Uganda and Tanzania have climatic conditions with high potential for producing flowers, fruits and vegetables and other horticultural crops. High potential areas for horticultural crops production include the areas where Rikolto currently operates (Eastern Uganda and Northern Tanzania). Uganda had a more developed horticulture sector but this has now been constrained by poor sector coordination and food safety issues preventing access to markets such as Europe. Tanzania by contrast has grown rapidly spearheaded by a dynamic horticulture association (TAHA) which has been and is well funded by donors and supported by Government.

Horticulture is one of the few opportunities for small scale farmers to find a route out of poverty and this can be seen by many farmers converting from staple crops and traditional cash crops to horticulture. However fruit and vegetables need to reach the market as soon as possible after the harvest. This leads to particular challenges for the sector and for farmers to be able to profit, chains need to be organised as efficiently as possible. These challenges are explained further below.

There is also an additional challenge (as well as opportunity). Climate variability is encouraging investment in irrigation, for which horticulture is well suited. However as studies have shown in the Pangani Water Basin (Northern Tanzania) the uncontrolled expansion of irrigation can exacerbate water stress and cause severe problems for downstream users.

Read more about Rikolto's past work on fruits and vegetables

Fresh fruits and vegetables in Arumeru

From farm to consumer in Arusha: Turning Arusha into a Food Smart City

Read more about our Smart Food City project in Arusha 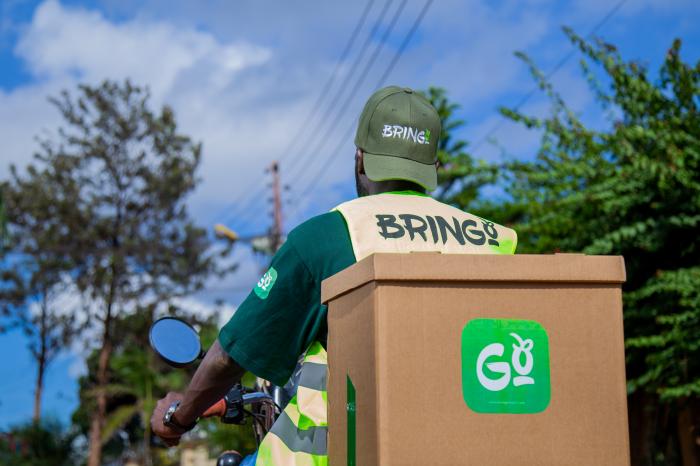 Stuck at home during COVID-19? Food deliveries to the rescue

Kampala has been booming as an innovation and start-up business hub. Now, the COVID-19 crisis and its confinement measures are forcing businesses to adapt their models. Let's have a closer look at one example of an innovative company in the food industry: Bringo Fresh. 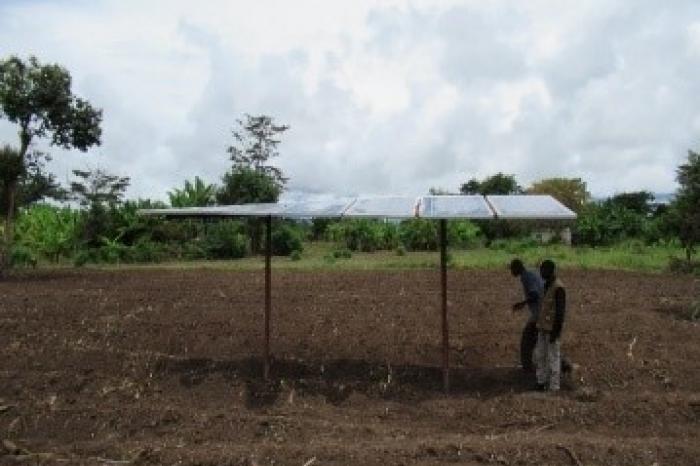 In Tanzania, 90% of water is consumed by agriculture, with most farmers using inefficient irrigation methods. A switch to solar-powered irrigation systems reduces the impact on climate change and increases farmers’ income. 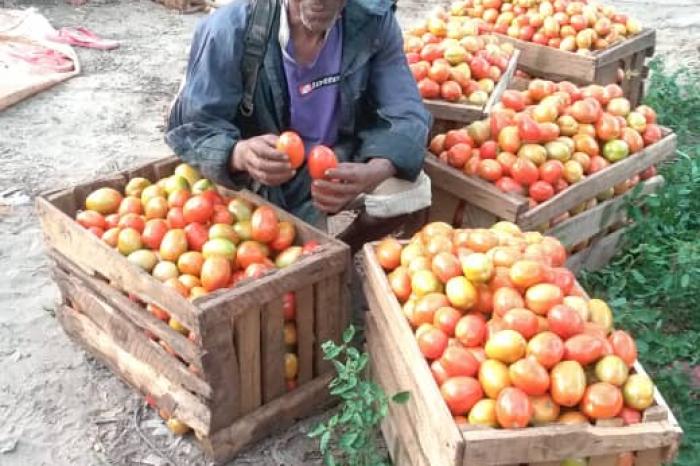 #FoodHeroes at work during Covid-19

“Access to affordable and quality food for all, today and in the future.” This is our mission and during this corona crisis it is more relevant but also more difficult than ever. 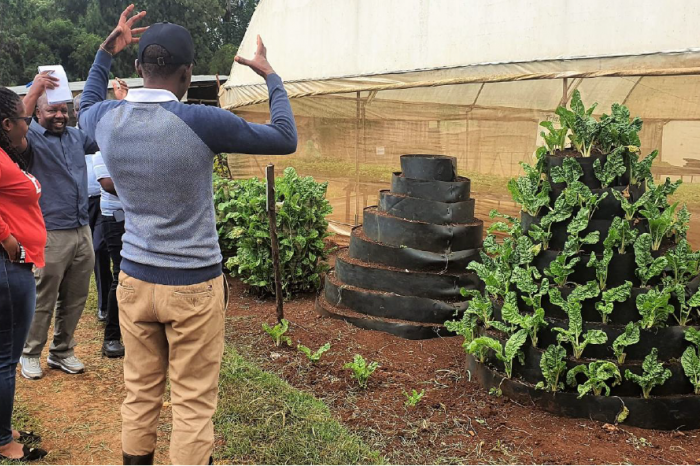 What can we learn from farmers in Kenya? An exchange visit showed that innovative tools are creating incentives for smallholder farmers to adopt good agricultural techniques and increase productivity.

What can we learn from farmers in Kenya? An exchange visit showed that innovative tools are creating incentives for smallholder farmers to adopt good agricultural techniques and increase productivity. 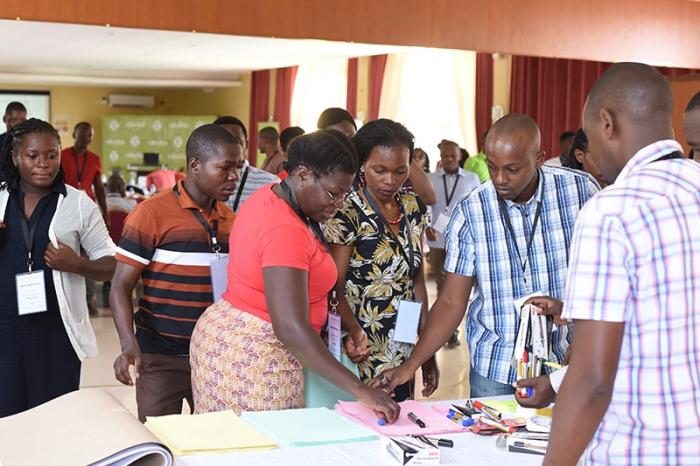 Rikolto hosts 40 young people from the Uganda, Kenya, DRC, Tanzania and Rwanda in a workshop to learn more about food systems in East Africa and how to make them more sustainable. The workshop is organised in collaboration with Young Professional for Agricultural Development (YPARD), and is supported by Food and Agriculture Organization (FAO). 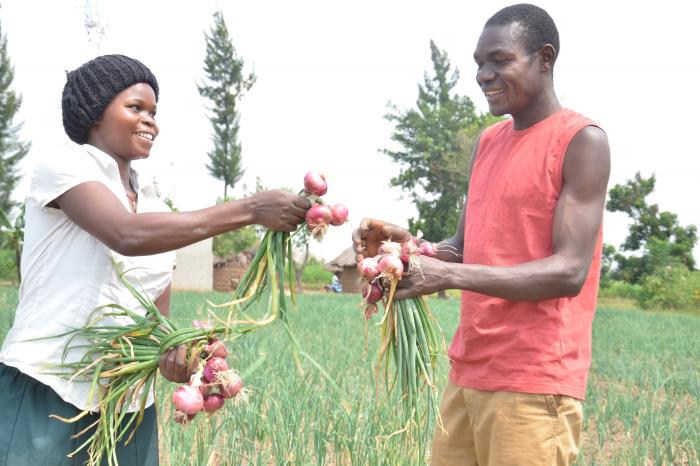 For the last 10 years, the couple have been Onion Farmers, this being the major source of their livelihood.

Colleague Jasmine Mushi, Agribusiness Advisor, shares the story of MUVIKHO, a Tanzanian cooperative of fruit and vegetable farmers which has grown from nothing to over 700 farmers in 4 years time, and now generates sales of over US$ 210,000 each year.

Rikolto established a partnership with Uganda Fruits and Vegetable Processors Association and is building on the strong results achieved in the past with Tanzania Horticulture Association. Together with these partners a fresh assessment of business opportunities has been conducted and business clusters have been chosen and initiated. These multi-stakeholder processes are expected to bring about coordinated action to enable the business potential to be realized. The clusters chosen contain a mixture of continued work with current farmer organization partners (e.g. MUVIKHO in Tanzania and Kwapa in Uganda) and new farmer organization partners.

TAHA is a private sector organisation that advocates for the growth and competitiveness of the horticulture industry in Tanzania. Together with Rikolto, TAHA supports farmers in and around Arusha to produce better and safer food.