We support rural families to improve the sustainability of their farms, and link producer organisations with rewarding export markets.
Make a donation
This project is part of the following focus area:

The cocoa culture in Ecuador is ancient. It is known that when the Spaniards arrived, they already saw big cocoa trees on the Pacific coast, which would demonstrate their presence and use before the arrival of the Europeans.

Nowadays, many varieties of cocoa are grown in Ecuador, however the variety known as ‘national’ (Theobroma cacao L.), is the one most desired by chocolate producers, because of the quality of its beans and the finesse of its flavour. However, the severe attack of plagues and diseases has caused losses and other varieties were introduced. Over time, these varieties have been crossed with the national cocoa, giving origin to vigorous and productive hybrids, but whose fruits have a lower aromatic quality than the national one. Therefore, there are initiatives aimed at recovering the national variety, which is one of those most in demand on both national and international markets.

The National Cocoa Complex, very sui generis, conserves the floral taste that characterizes it, but behaves like a Trinitarian cocoa. It fine aromatic cocoa has distinctive flavour and taste characteristics sought by chocolate makers. It represents 5% of the global cocoa production. Thanks to its geographical conditions and its richness in terms of biologic resources, Ecuador is the quintessential producer of this variety. This type of bean is used in all refined chocolates. According to data of the Fine Aromatic Cocoa Observatory for Latin America, Ecuador stands out for being the prime global exporter of this type of emblematic product, having over 62% of the world production of fine aromatic cocoa. 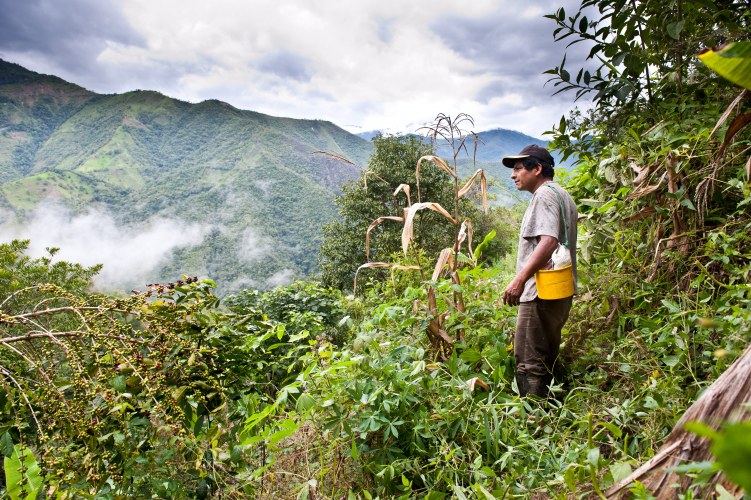 A member of APECAP in the middle of the fields 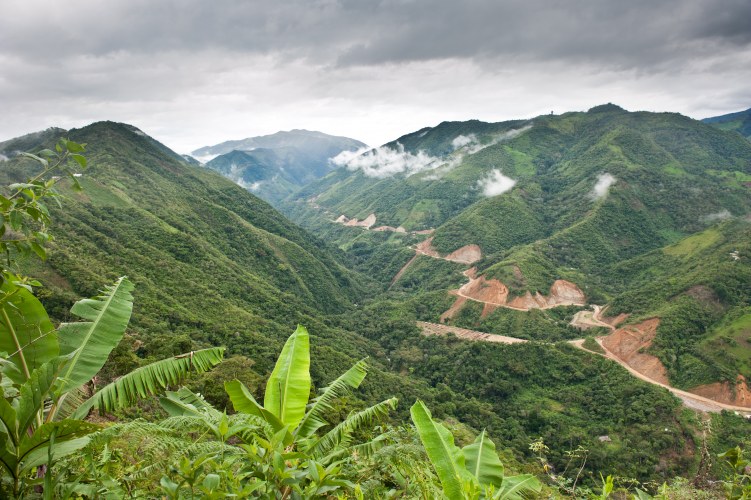 A view of the valley where APECAP grows his plots. 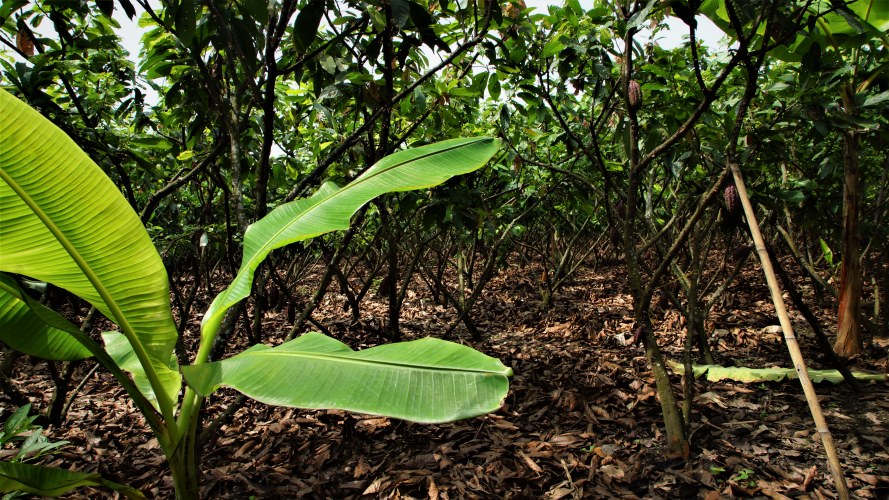 In the middle of UNOCACE's cocoa plot. 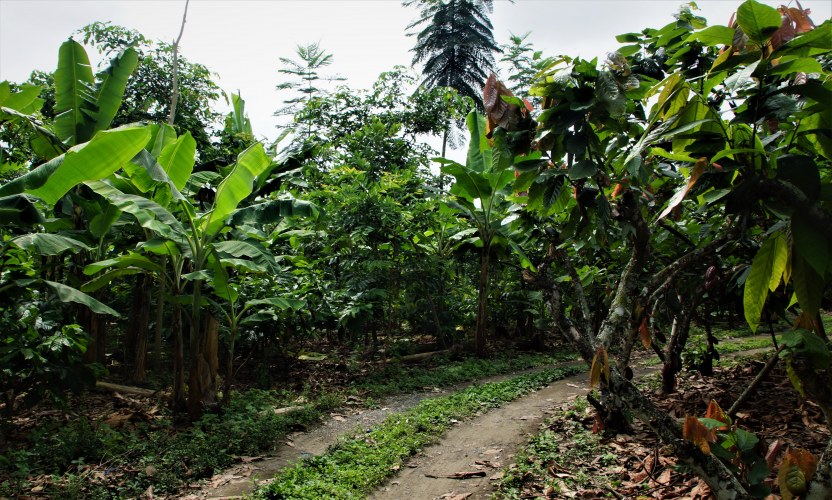 The path that goes through UNOCACE's cocoa plot 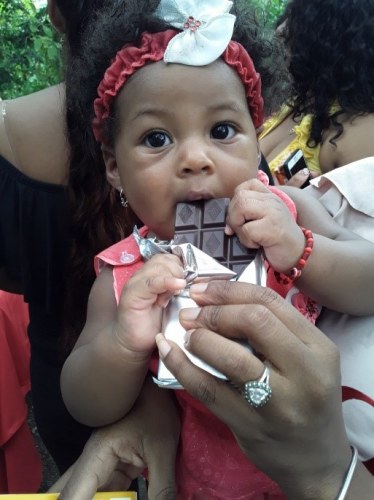 The current situation of cocoa production and export in Ecuador

Cocoa is one of Ecuador’s main export products. The cocoa sector employs 5% of rural economically active population, thus constituting a fundamental base of the family economy of the Coast, Andes foothills and the Amazon area. It involves around 150,000 families. Most, approximately 70%, are small-scale producers, 20% being medium and 10% large producers.

Total exports of Ecuador in recent years have risen from 235,000 tonnes in 2014 to 315,000 tonnes in 2018 (ANECACAO 2020), and the trend continues upwards with an average of 8% per year. Currently, Ecuador is between the third and fourth place of world cocoa exporters (after Ivory Coast and Ghana, and in a draw with Indonesia).

A worker of Fortaleza del Valle's cooperative emptying the bag of cocoa beans into the fermentation box. 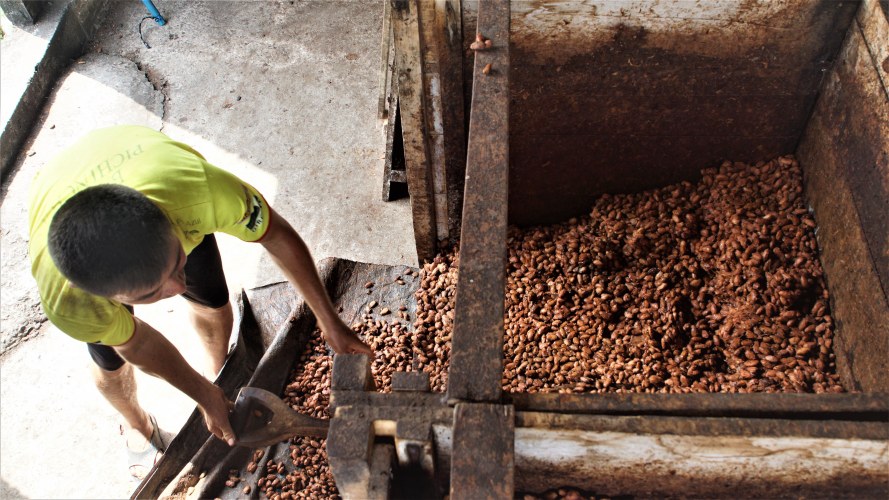 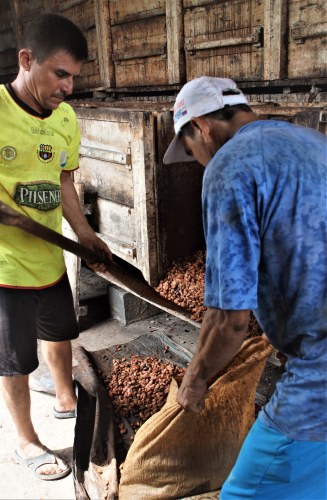 MOCCA: a recipe for maximizing opportunities for cacao in the Americas

Rikolto is implementing MOCCA cacao activities in Ecuador, together with Lutheran World Relief (LWR) who leads the cocoa part of MOCCA in the 6 countries. The MOCCA Program is a five-year initiative (2018- 2023) funded by the United States Department of Agriculture (USDA´s) Food for Progress Program.

MOCCA will help farmers to overcome the barriers that limit their capacity to effectively rehabilitate and renovate their coffee and cacao plants – increasing their productivity, while improving their marketing capacity, incomes, and livelihoods within these key value chains. The MOCCA Program is led Technoserve in consortium with Lutheran World Relief (LWR). 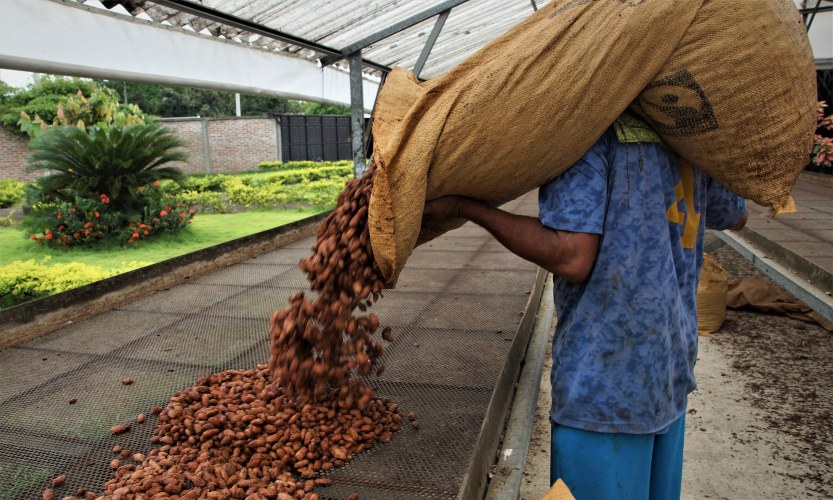 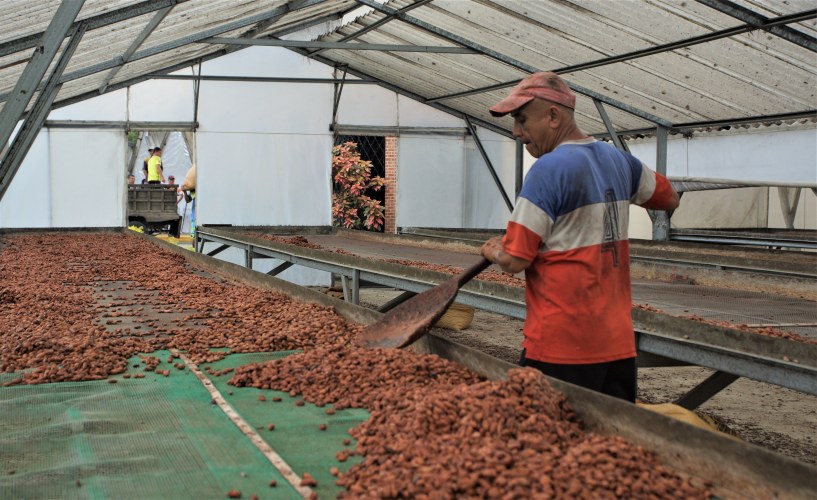 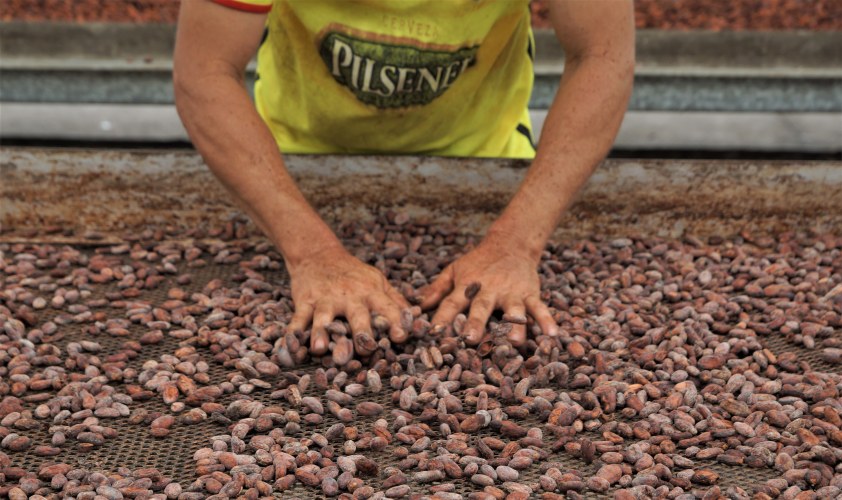 Filling a bag with dried cocoa beans in UNOCACE's cooperative. 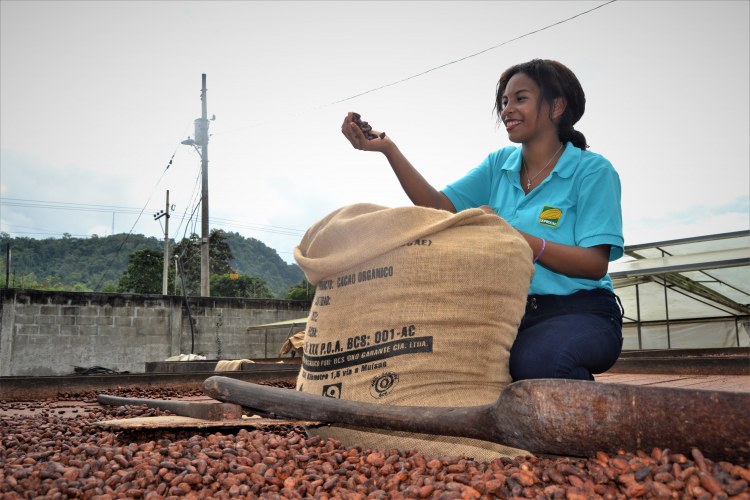 Filling the sack with dried cocoa beans at UOPROCAE

Who is involved in the project?

2561 farmers from 5 producer organisations are directly benefiting from our interventions: 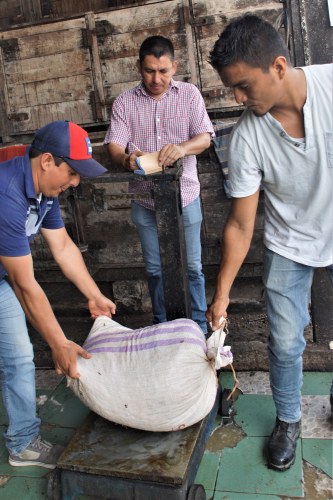 Members of Fortaleza del Valle measuring the weight of a cocoa bag. 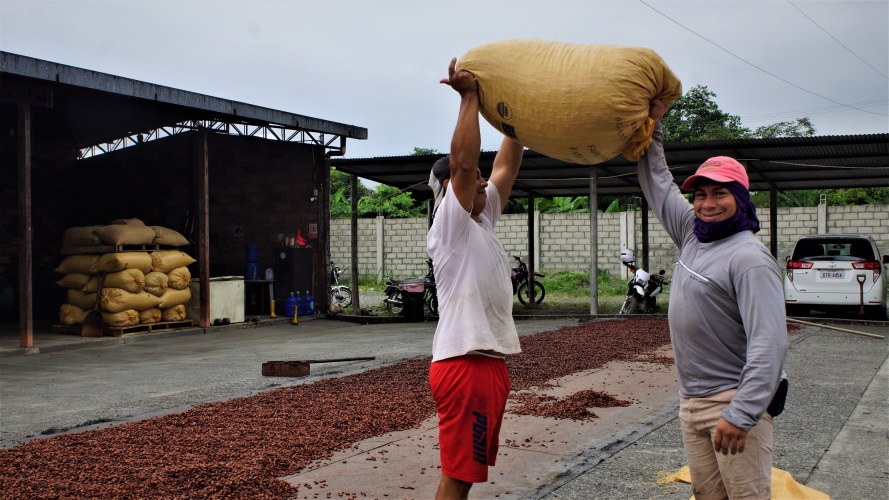 Moving a cocoa bag at UNOCACE. 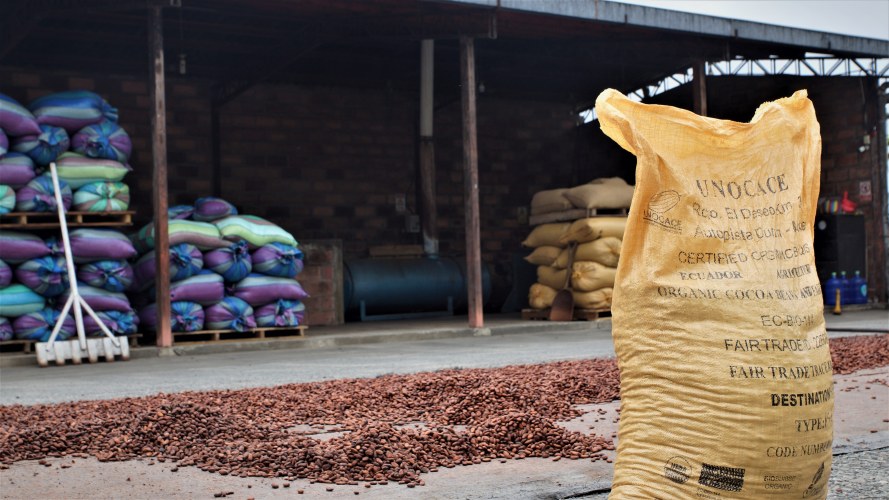 A view of UNOCACE's warehouse from outside. 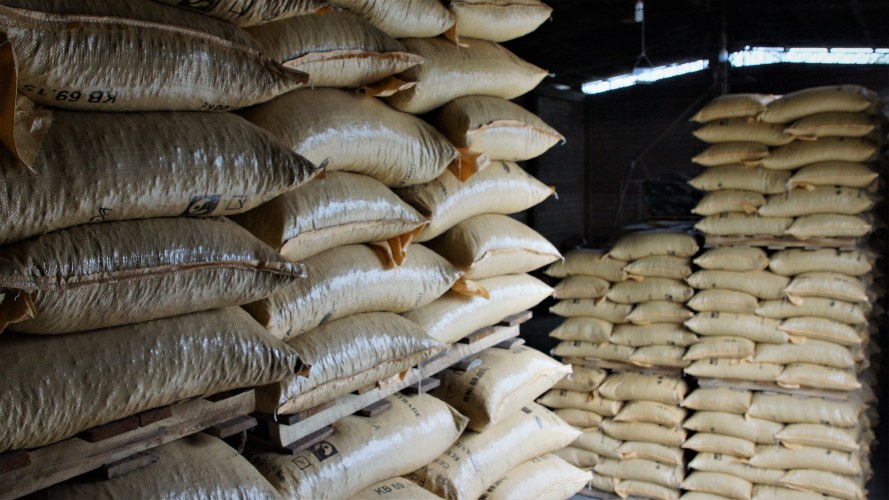 What have we already achieved?

Together with our partners, we have been working a lot on the creation of the Cocoa Competitiveness Improvement Plan and getting the cocoa sector in Ecuador in line with the new regulations on cadmium of the European Union. 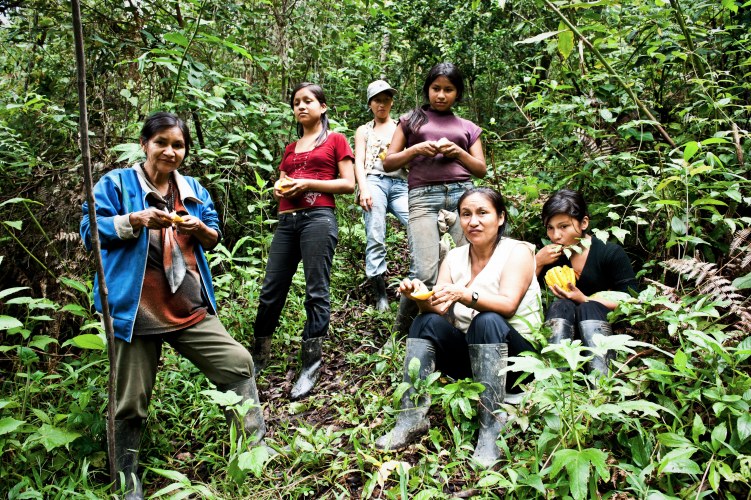 Members of APECAP having a break. 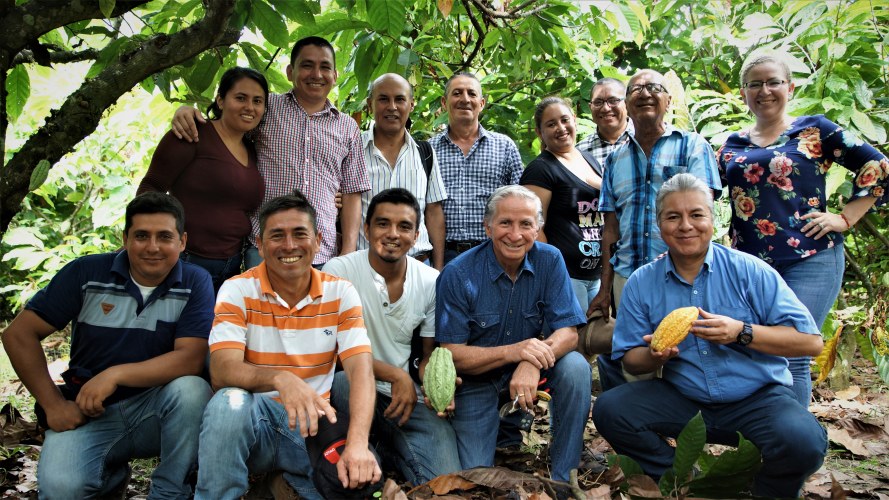 A group of Fortaleza del Valle cocoa farmers with Rikolto staff during a field visit. 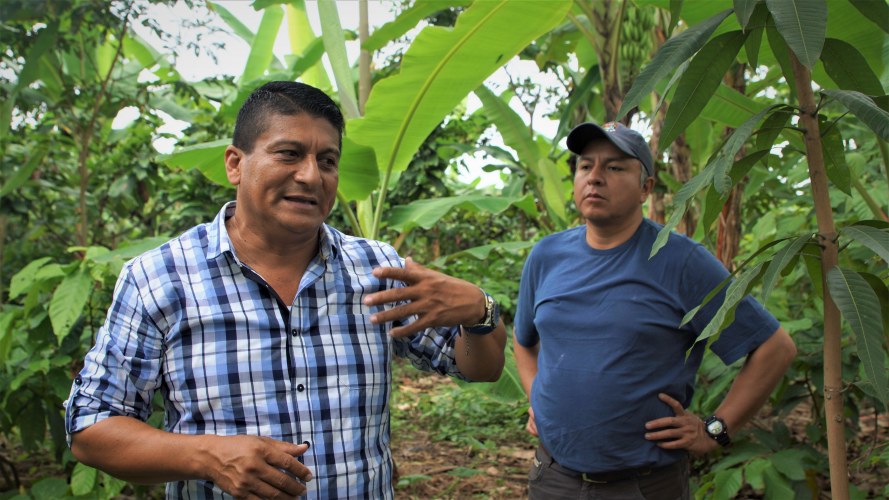 UNOCACE's members describing the cocoa production process in the cooperative. 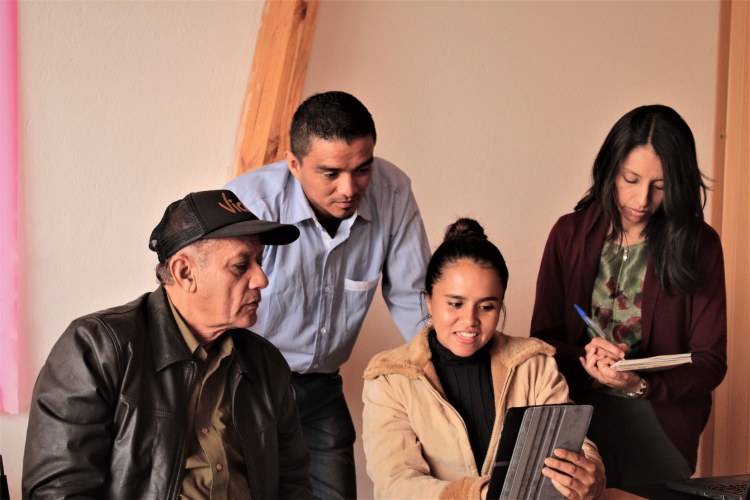 Members of UOPROCAE and Fortaleza del Valle at the meeting regarding the MOCCA program. 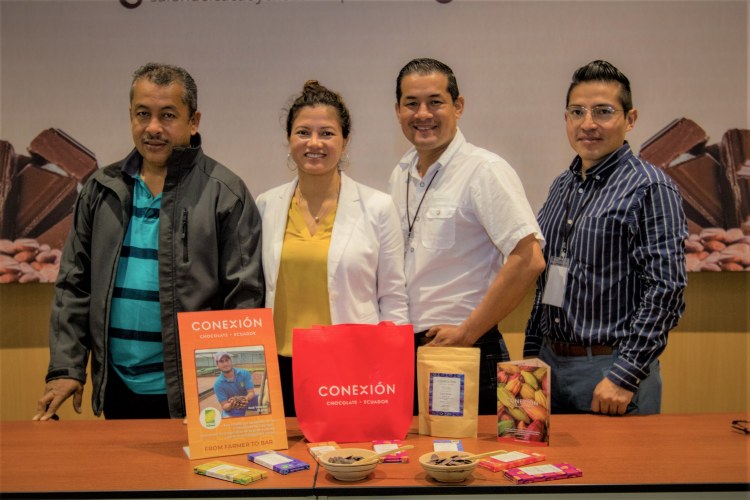 UOPROCAE and Conexión members at the 2019 edition of Salón del Chocolate in Lima, Perú.

Fortaleza del Valle was established in 2006. It is currently made up of 4 agricultural associations counting more than 900 members. Its main goal is to promote the production and commercialization of fine flavour national cocoa variety with organic and fairtrade certification, promoting social, economical and evironmental development of his members.

APEOSAE is a federation of smallholders farmers established the 7th June of 2006 as an alternative finalized to strenghten the economic conditions of small coffee, cocoa and bananas producers. Currently APEOSAE counts 9 associations throughout the Province of Zamora Chinchipe.

UNOCACE is a second-tier organization made up of 18 associations of small-scale cocoa producers. It was created in 1999 with the aim of increasing producers’ incomes through the improvement of cocoa crops. It counts more than a thousand associates who are located in the Provinces of Guayas, El Oro and Los Ríos.

UOPROCAE is an union of cocoa producer organizations. It is located in Esmeraldas province and it currently counts 435 members distribuited across 70 communities.

APECAP was established the 20th May of 2002 and it is located in the municipality of Palanda. Its organics products are: coffee, cocoa, honey and fruits.

Pacari Chocolate is an Ecuatorian company that process organic fine flavour cocoa and its quality made it famous worldwide. It has been the "Best Chocolate Award" winner invarious editions of the International Chocolate Awards and Salon du Chocolat in Paris. In Ecuador, Rikolto and Pacari cooperate in order to establish good inclusive business practices between private company Pacari and his business parter APROCA with the aim of strenghtening the fine flavour cocoa chain in Esmeraldas.

Chocolats Halba is a Swiss high quality fine chocolates producer. Its vision is that customers, consumers, cocoa farmers, environment and climate as well as Chocolats Halba should profit from its added value.

TechnoServe is a no-profit organization that operates in 29 countries. It is a leader in taking advantage of the power of private sector in order to help people escape from poverty. By linking people with data, capital and markets, TechnoServe helped million of people in creating a long-lasting for their families and communities. TechnoServe is the leader of MOCCA (Maximizing Opportunities in Coffee and Cacao in the Americas). In Ecuador, MOCCA has also been joined by Lutheran World Relief (who leads cocoa initiatives at the international level) and Rikolto (who supports cocoa activities in the country).

Lutheran World Relief is an international no-profit organization which fight against world poverty helping people adapt to challenges that threaten their way of life and welfare. They provide support in case of emergencies and partner with associations with the aim of building and growing rural economies. Lutheran World Relief leads cocoa activities of MOCCA (Maximizing Opportunities in Coffee and Cacao in the Americas) initiative across all target countries. Together with Rikolto, it coordinates the support to cocoa activities in Ecuador initiative.

Ethiquable is a brand that works together with local farmer cooperatives with the aim of encouraging sustainable agriculture aware of the environment.

Olam is a world leader company in food and agrobusiness sector. It operates from the seed to the shelves in 70 countries by supplying food and raw industrial materials to more than 23,000 customers worldwide.