Malian rice farmers are organising themselves to benefit better from institutional rice purchases.
Make a donation
This project is part of the following focus area:

L’Initiative Riz (The Rice Initiative), implemented by the government in 2008, was perceived by authorities and producers as a great innovation to promote the rice sector. However, it failed to place sufficient emphasis on the commercialisation of production. The increased production and productivity did not translate into a significant improvement in farmers’ incomes. The disorganisation of the market has led to selling shifting from producers to traders who are generally not genuinely concerned about improving the living conditions of producers.

To support the commercialisation of local rice, the government decided to purchase 25,000 tonnes of rice to rebuild the share of white rice in the national intervention stock. It opened 50% of this market to farmers’ organisations. They purchased rice through the CSA/OPAM (Food Security Committee / Office of Agricultural Products of Mali).

The PNPR-M (the National Platform of Rice Farmers in Mali) has set itself the following tasks to participate in the experiment:

The first institutional purchasing operation made it possible to sell off all farmer stocks and obtain good prices. All farmers, whether or not they were involved in the purchases, gained significant benefits such as purchasing prices for the farmers varying between 300 to 325 CFA (€0.46 to €0.50) in all the rice production areas against an average price of 265 CFA (€0.40). The farmers got these prices, even without the institutional purchasing operation.

A strategic partnership has been established between the PNPR-M, the CSA and the other institutional actors involved.

... But major obstacles were encountered

Despite the achievements, constraints have been encountered, including:

In addition, the absence of an effective strategy for destocking stocks made by OPAM, and the uncontrolled importation of rice, set back the market entry of stocks that had been built up. This situation led OPAM to suspend the operation during the 2016-2017 harvest.

The project is implemented to support the actors concerned about finding suitable solutions to each challenge mentioned above.

It is part of the 2017-2021 programme to support rice competitiveness in West Africa, implemented by Rikolto in Mali. In particular, in the intervention: "Institutionalising the purchase of local rice". 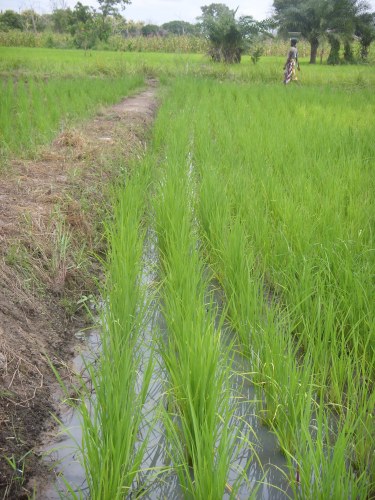 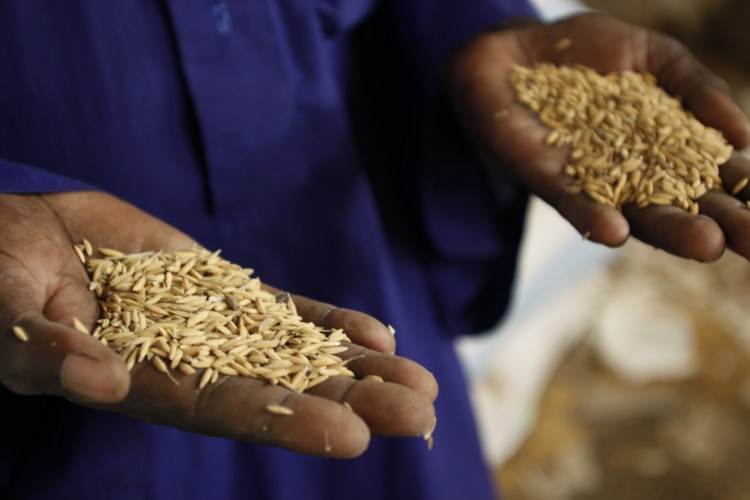 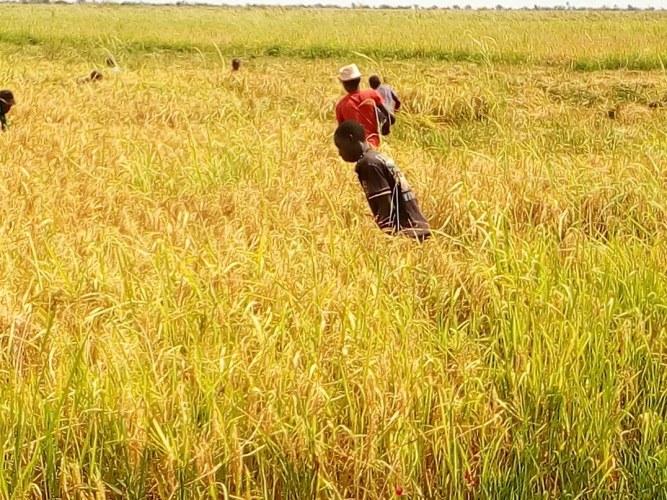 This will result in the following facts:

The interests of farmers’ organisations are better taken into account in contracts offered by OPAM and other institutional buyers.

The umbrella organisation has become a more credible actor in the eyes of other actors.

100% of the contracts of farmers' organisations involved in the institutional purchase operation were completed at the end of the 2018-2019 harvest, already reaching the foreseen target of 90%, set at the end of the project.

3,500 tonnes of rice were sold by farmers’ organisations through institutional purchase contracts against an expected start of 6,200 tonnes at the end of the 2018-2019 season.

The supply of and demand for local rice has increased

A strategy for mobilising banks to be part of a banking cooperation was created in 2017.

This is because the contracts were signed post-harvest with an immediate 45-day reversal time. The time limit and the prices of rice in the production areas did not allow the constitution of banking cooperation to support the operations. In 2018, a business plan was created for IFRIZ that was considering the prices offered by the members of IFRIZ / PNPR-M and the prices accepted by the OPAM. But still, the banks' interest rates could not be covered.

The Rice Sector Interprofessional is a professional agricultural organisation with an associative character whose mission is to implement, in collaboration with the government, a policy of promotion of the "rice" sector based on a better organisation of production, conservation, processing, transport and commercialisation. Better organising the effective empowerment of the main actors.