We professionalise producer organisations so their members produce high quality cocoa for fine chocolates, and work hand in hand with rural youth. We also create commercial and inclusive links with cocoa companies, reaching a higher impact through the collaboration with strategic partners.
Make a donation
This project is part of the following focus area:

Globally, chocolate consumption has been booming in the course of the last decade. Between 2008 and 2013, consumption in Switzerland increased with 20%, in Asia and Latin America with respectively 51% and 23%. Currently, the European Union and North America represent 60% of the world's chocolate consumption. Specifically the consumption of dark chocolate, with a high cocoa percentage, has drastically increased. As a consequence, cocoa production and processing has increased substantially all over the world.

In Peru, the cocoa chain is an important economic activity which continues to grow. Currently, it generates 7.2 million daily wages, and involves more than 90,000 families across Peru. Cocoa is the second most important agricultural product after coffee, in terms of people involved; it thus has a significant socio-economic impact.

The export of Peruvian cocoa experienced an annual growth of 38.5% between 2012 and 2015. In 2016, it reached 79,300 metric tons of cocoa, of which 23% was organic and 75% can be classified as cacao fino de aroma, i.e. fine flavour cocoa. Peru is among the 17 countries producing high quality, fine flavour cocoa, and accounts for 36% of fine flavour cocoa produced at a global level, after countries such as Ecuador, Papua New Guinea and the Dominican Republic.

Cocoa beans are drying in the sun

CAC Pangoa has been a strong partner of Rikolto since 2011, and is one of the pioneers in including youth in the cooperative within the country's cocoa and coffee sector. The cooperative used to focus on cofffee, but as a result of the coffee rust crisis, has chosen to diversify towards fine flavour cocoa.

The cooperative distinguishes itself at a national level because of its cooperative model which balances out business profitability with social interests, to improve the quality of life of its members, the producers. It trains staff to strengthen the participation of women and youth and meticulously accompanies its managers. New processes of technical assistance have been introduced, for instance mobile coffee cupping labs and the installation of information systems to enhance the cooperative’s management and decision-making. Furthermore, they have worked on strengthening the services they offer to their regional committees.

Rikolto wants to improve the level of professionalism of each organisation of fine flavour cocoa producers and the quality of the cocoa they produce, for their cocoa to be used in fine chocolates. We do this by collaborating with rural youth, creating inclusive commercial links with cocoa buyers and by working together for more impact with strategic partners in the Peruvian cocoa sector. These partners include APPCACAO, the Peruvian Association of Cocoa Producers, and CIC, the Cocoa Innovation Centre.

As of 2008, cocoa production has been a booming business in Peru, but some important challenges remain to be tackled:

This is what CAC Pangoa does to face these challenges: 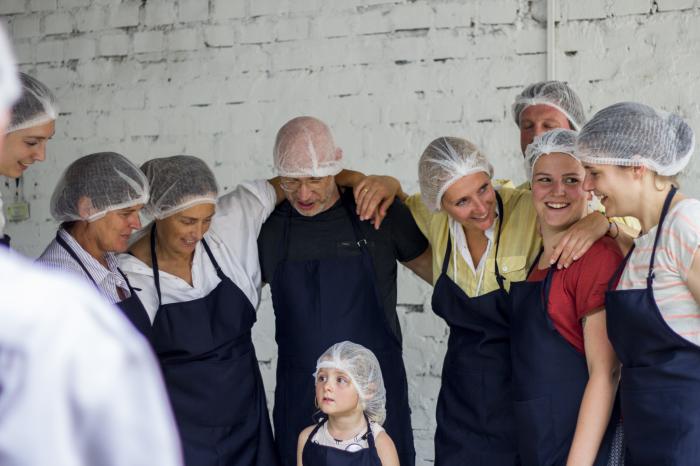 The Inca Food Trail is a culinary fundraising trip organized by Rikolto in November 2017. Along with Belgian chef Sofie Dumont and 15 adventurers with a passion for food, the tour is an opportunity to discover Peruvian gastronomy within sustainable food systems. With this trip, the participants support Rikolto and its projects aimed at sustainable food systems.

Duration of the programme

Rikolto's cocoa programme in Peru has a duration of 5 years, from January 2017 until December 2021.

Rikolto partners with CAC Pangoa from January 2017 until December 2019.

The programme will impact the 680 members of CAC Pangoa cooperative, located in Junín, Selva Central, Perú. Of these 680 members, 545 are men and 135 are women.

1. Professionalising CAC Pangoa's organisational and entrepreneurial management, with co-management by young people, so as to improve the cooperative's positioning in different markets for high-quality cocoa.

2. Increase the supply of fine flavouur, high quality cocoa, for a better positioning of Peruvian cocoa at the national and international level, through the active participation of the National Network of Tasters of APPCACAO.

3. Activate a group of private sector actors working in the cocoa chain to implement sustainable and inclusive business models, with a focus on the participation of youth and women in their supply chains: By 2019:

4. We bring more dynamics into multi-actor cocoa platforms, and promote policies and knowledge instruments at sector level, which are beneficial to small-scale cocoa producers and the sector's sustainability.

Alex explains why he starts with agroforestry practices