Fruits and Vegetables in Honduras

Fruits and Vegetables in Honduras

The food retail industry in Central America is dominated by a small number of supermarkets. Their involvement is therefore key to making the vegetable market more inclusive and sustainable. A fair relationship between farmers and companies, as well as better prices, would ensure the continuity of the farms, securing the food chain and giving the producers enough additional revenue to invest in environmentally-friendly technologies. We believe these steps are necessary to fight climate change and feed the growing urban population.

The Honduran vegetable market is still mainly informal. However, in recent years, the formal market has expanded and become more significant. It now represents 20% of the market share. In the future, supermarkets such as La Colonia, Walmart and La Antorcha will continue to increase their influence in the region. They are such huge market players that farmers selling to them individually have no leverage. To be able to negotiate with them on equal terms, 8 farmers’ organizations (HORTISA, PROVIASA, La Meseta, Tropical Yojoa, ECARAI, ISEN, Vegetales Lencas and VERYFRUP) united in 2012 to create El Consorcio. Together, they represent a total of 437 farmers (339 men and 98 women). The strength of the new company makes it easier to negotiate and access credit. Moreover, by coordinating their production, the farmers avoid competing with one another and ensure a stable year-round production of all of the crops.

The initiative has been a success so far. By 2013, El Consorcio was selling 30 different crops (vegetables, fruits and herbs) with a production of nearly 10,000kg per month. 70% is sold to La Colonia, and the remaining 30% is divided between Walmart and La Antorcha.

The Consorcio wants to consolidate this chain and expand it by selling processed products as well. To do so, it has created its own label: El Agricultor. The processed products will be sold by La Colonia but promoted under the new brand in order to increase its visibility.

Over half of the families’ revenue comes from their vegetables. Farmers own on average 0.7 hectares of land, but only use half of this amount. About 27% of fields have some form of irrigation system and 15% are protected by small greenhouses. The fields equipped with greenhouses have three production cycles annually as they are not affected by climate hazards such droughts, torrential rains or frost. 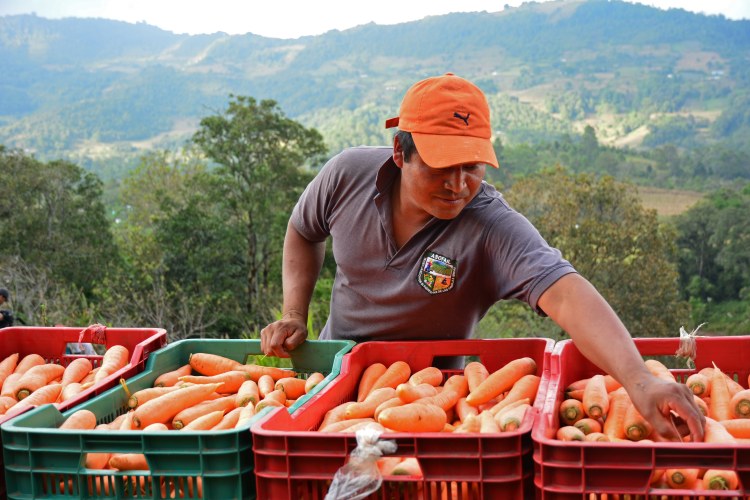