Senegalese farmers grow quality bananas, ready for local and export markets.
Make a donation
This project is part of the following focus area:

After a long period of drought in the 1980s, hundreds of people migrated towards the Gambia River, south of the city of Tambacounda. They established new villages, and soon the farming families organised themselves into the Association des PROducteurs de la VAllée fleuve de la Gambie (APROVAG), which today consists of 10 local farmer groups (Economic Interest Groupings - EIGs) in seven villages.

Over the years, APROVAG has developed into a strong farmers’ organisation. The families in the region depend on the cultivation of bananas for about 70% of their income. In addition, they grow cotton, peanuts and food crops. Only 35% of APROVAG’s members are able to put aside part of their profits after selling in order to save money. The ‘soudure’, the period when there is no banana harvesting, remains a precarious time for many families. About half of the farming families still find it tough to get by during this period.

Banana-growing nevertheless shows great potential. Bananas are in great demand on the Senegalese market, especially in the cities. But farmers’ organisations such as APROVAG find it hard to compete with the bananas from the Ivory Coast, which originate from plantations destined for export to Europe, and are of higher quality. The members of APROVAG need to move up a gear to catch up. Vredeseilanden has supported the farmers’ organisation since 2007 in its ambition to develop into a professional partner in the Senegalese and international banana business.

In 2010 fruit importer Agrofair came into contact with APROVAG. Agrofair brings, for example, Fair Trade-certified bananas of the ‘Oké’ and ‘Eko Oké’ brands to the Belgian market; these are mainly of Peruvian origin. Since the organic Fair Trade banana market is on the rise, and since it is interesting to diversify the supply with bananas from Africa, they looked for new producer organisations with which to collaborate.

Two years after their first meeting, Agrofair decided to step up its support for APROVAG with a view to the export market. Rikolto subsequently introduced them to the Colruyt Group, the biggest retail group in Belgium. Colruyt showed interest in buying bananas from Senegal. The result of all these efforts was a unique partnership in which transparency and cooperation in support of small-scale farmers are the key factors. Our purpose is to set up an efficient chain of quality bananas from Senegal to Belgium, which will benefit each link in the chain. And the ultimate goal is a higher income for farming families.

In 2016, we changed our stragety: the high-end market of Dakar is now our focus, export comes next.

Read more on why we changed plans... 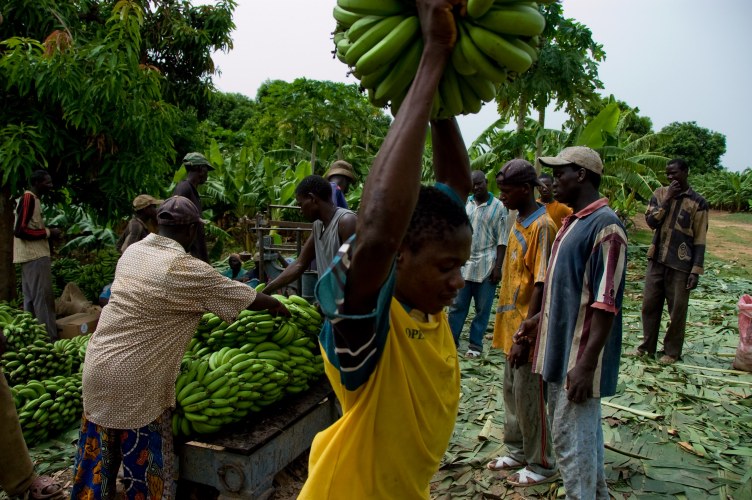 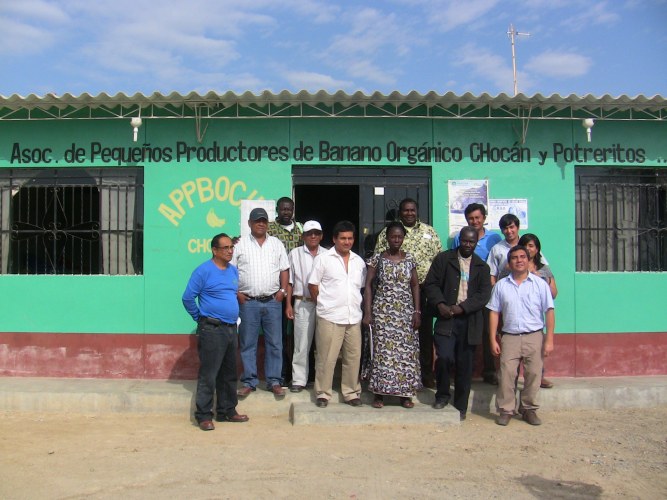 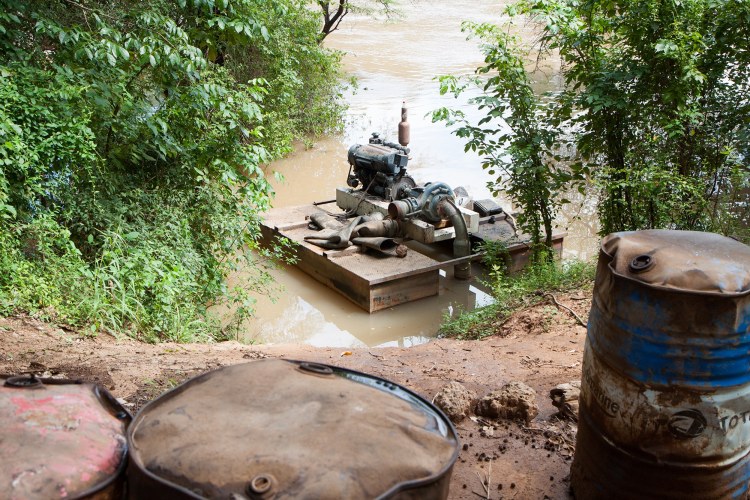 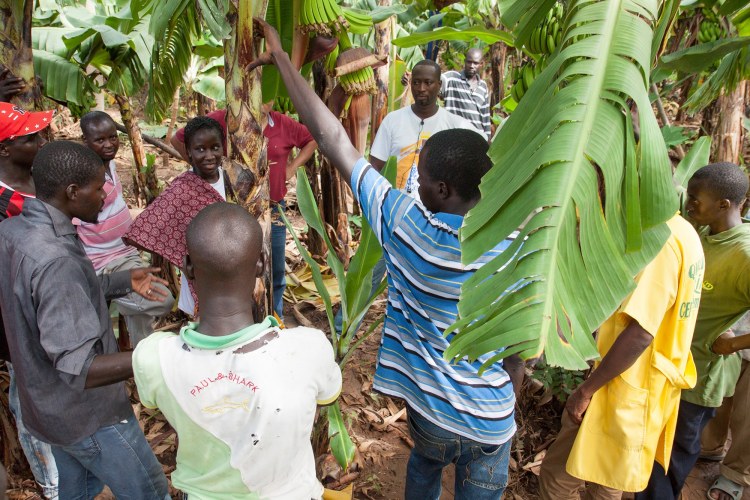 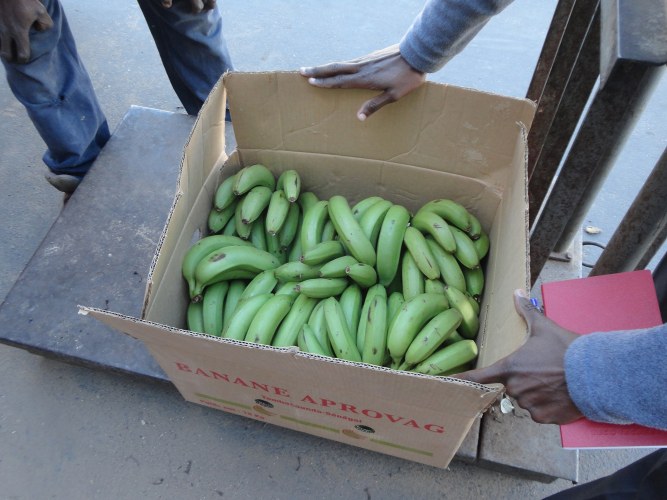 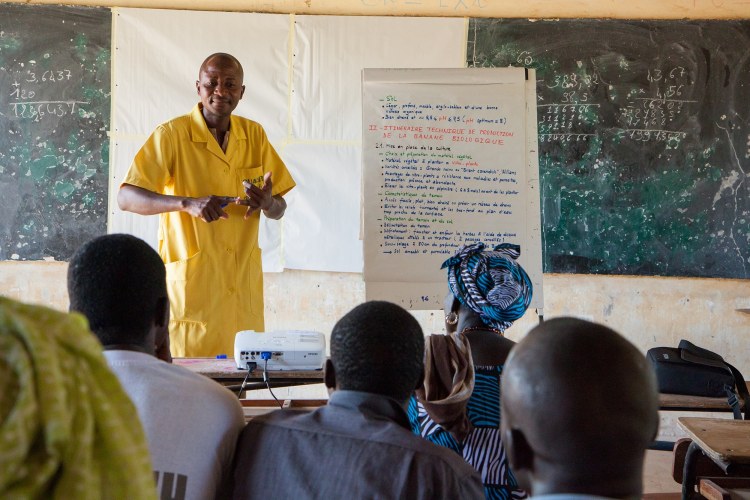 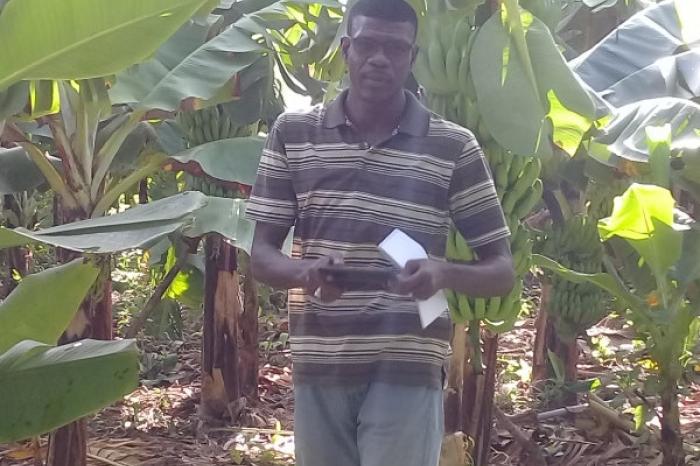 The banana, a crop that can sustain its men… and women

Mamadou Ciss, current Executive Secretary of APROVAG, celebrated his first 1,5 year as coordinator of the Association des PROducteurs de la VAllée fleuve de la Gambie (Gambia River Valley Producers’ Association). We decided to interview him to hear a direct account from the new coordinator of the banana producers’ organisation and a key figure in the project.

The Senegalese banana sector now has its own federation

The sector federation for banana cultivation in Senegal is a fact. On 20 December the board held its inaugural meeting in Dakar. The federation was founded with the support of Rikolto.

The sector federation is led by a national college with both producers and traders. Mamadou Omar Sall leads the board of 6 members. Sall is special adviser to the President of Senegal and President of regional organization of banana producers in Tambacounda. 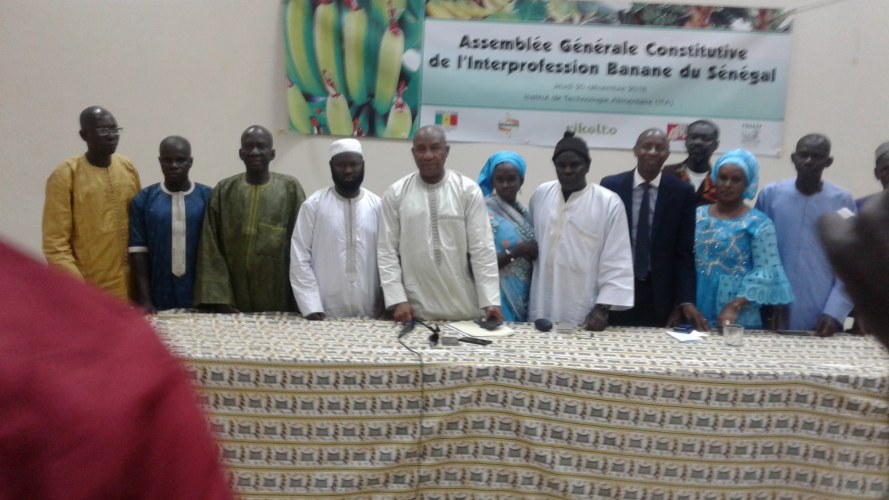 Today, national banana production amounts for approximately 30,000 tons per year. Senegal has the ambition to double that production and to become self-sufficient. Therefore, a national program was set up, co-initiated by Rikolto and the banana producers of Tambacounda.

Estimates indicate that as much as 25% of production is lost today. The priorities of the new sector federation therefore lie in solving the obstacles on the level of packaging and logistics. 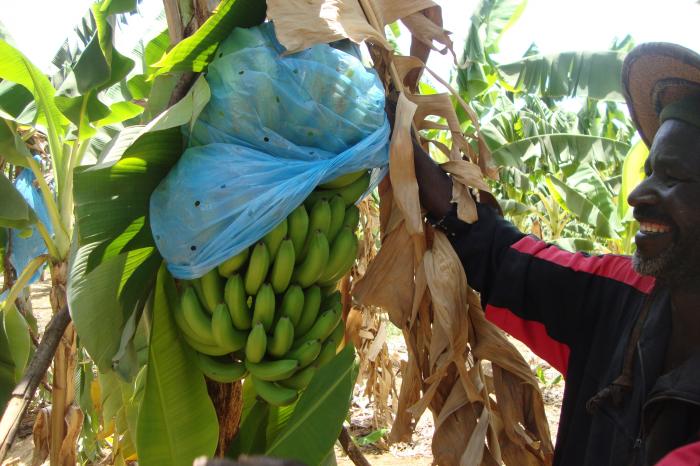 Persistence pays off, that’s what we believe.

Exporting organic, fairtrade bananas from Tambacounda in Senegal to Belgium implies quite a number of challenges. We had an interesting interview on this topic with Leo Ghysels, Program Advisor sustainable chain development at Vredeseilanden / VECO.

What do we expect in the long term?

Agrofair offers the necessary agronomic support and training and enters into clear commercial agreements with APROVAG.

The Colruyt Group agrees to buy at least 50% of the organic Fair Trade bananas as part of a long-term partnership via Agrofair, if APROVAG can deliver the required volumes and quality.

The organisation TASTE (Technical Assistance for Sustainable Trade & Environment), which is closely connected with Agrofair, develops projects in an attempt to attract funding for investments for APROVAG and producers’ groups.

TASTE moves on the edge of development cooperation and business development, to promote new approaches and patterns of sustainable trade in the agrifood business, together with many stakeholders.

APROVAG chiefly supports its members in the agronomic sphere and plays an important part in quality control. Vredeseilanden coaches APROVAG members to enable them to acquire the necessary capabilities.