Having started as a cashier about 3 years ago, Esther’s rise to the helm of leadership at the SACCO is affirmed by the growth the savings and credit group has experienced under her leadership.

Despite being only 28, Esther Gimbo is the Manager of the 560 member, Doho Farmer’s Savings and Credit Cooperative Organization (SACCO), in Doho Parish, Butaleja District in Uganda. Having started as a cashier about 3 years ago, Esther’s rise to the helm of leadership at the SACCO is affirmed by the growth the savings and credit group has experienced under her leadership. A former loans officer, Esther was only appointed by the governing board in 2015 to manage operations in an institution that had not yet celebrated its first birthday.

Doho Farmer’s SACCO is no ordinary entity. It is the fastest growing SACCO in Butaleja District. Targeting mainly the 4500 small scale rice farmers within the Doho Irrigation scheme, the SACCO with financial, logistical and capacity support from Rikolto has since 2014 been extending affordable credit and extension services to farmers, enhancing productivity and improving the standards of living for the beneficiaries and their families.

Esther says she was given uphill targets by the Governing Board which she is confident she will ably achieved. In her tenure, Esther says that the SACCO which started with only 30 members and total cash of 900,000 Ugandan Shillings in 2014, had membership increase to 300 members in 2015 and over 500 by mid-2017. Currently the SACCO has total deposits of about 82 million shillings from about 27 million in 2015, a working capital of over 80 million and a loan portfolio of over 137 million Ugandan Shillings.

RIKOLTO through its agriculture financing (AgriFinance) approach has been working with Doho Farmer’s SACCO extending small grants as well linkages to financial institutions as the operations stabilized. Notable, according to Esther, was the training of several Village Savings and Loan Associations (VSLAs) in the community and linking them with the SACCO, boosting the latter’s membership and savings portfolio. Esther says one of her turning points was on the sponsored study tour of the 4500 member Lainisha SACCO in Wang’uru Kenya, which inspired her to take on the challenge of leadership at a youthful stage. Esther’s new ambition is to increase membership to 1500 by end of 2018 and opening up branches in neighboring communities by 2019. 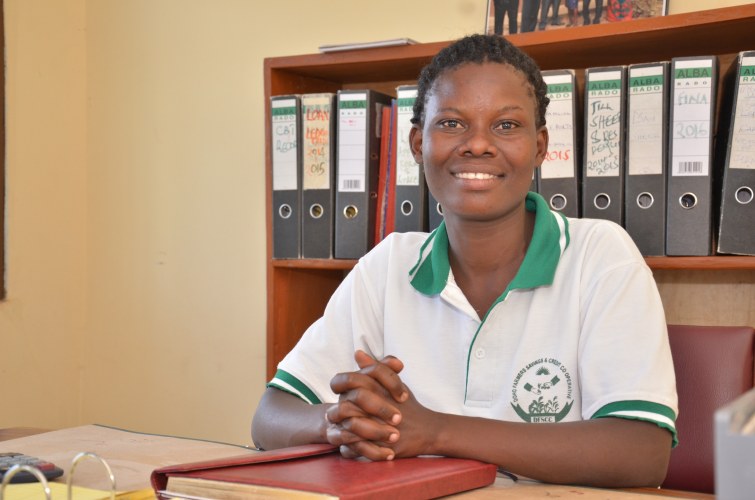