Young entrepreneurs use their newly acquired skills to position their brands

Young entrepreneurs use their newly acquired skills to position their brands

Ten months after the launch of the Generation Food project in Ouagadougou, young entrepreneurs are working to make their brands well-known agri-food companies. Benewinde Rodrigue Anicet Ouigba, 32, is one of these young people.

It started with a passion

This situation challenged the young student, who was driven by the desire to be an entrepreneur. If, at harvest time, fruits and vegetables are lost because of the lack of conservation and processing industries, paradoxically, in the off-season, consumers complain about the low availability and high price of the then rare fruits to the few traders who had conservation or processing equipment and continue to sell them.

Equipped with fresh knowledge on the nutritional value and processing of fruit and vegetables, Rodrigue started processing. After many difficulties, he managed to create a processing unit and a few years later, he obtained the receipt officially marking the existence of his company: the Société de Nutrition et Transformation Agroalimentaire du Faso (NUTAF).

In three years’ time, Rodrigue has diversified his company's product lines : "With NUTAF, we are evolving in the transformation of various local products: fruits and vegetables, non-wood forest products and agricultural products”.

These first years also allowed Rodrigue to quickly realise that owning a company is not enough to achieve his ambitions; that of developing a company that contributes significantly to improving the competitiveness and positioning of local agri-food companies on the national and international market.

To set his company apart from others, Rodrigue is banking on ecology. He dreams of taking up the challenge of using packaging made of bio-degradable materials for his products. This is not an easy option; it reinforces Rodrigue's belief that he needs to acquire more skills, improve his networking, so that his business reflects the values he believes in and guarantees its sustainability.

Young entrepreneurs recruited for the Generation Food project in Ouagadougou have received types of training ranging from marketing, entrepreneurship, project management, … and practical training that has allowed them to strengthen theirs activities.

In the incubation process the young entrepreneur starts off with an idea that needs maturing; this process will help him to deepen his idea

The different workshops on production and food processing have allowed Rodrigue to acquire new knowledge on sustainability. "We learned how to protect the environment by limiting pollution, for example by recovering our packaging and using degradable organic labels." He explains.

This training and the exchanges with experts allowed him to modify his plans to strengthen the ecological asset of his company.

"We changed our idea of sustainability after the training, because in addition to biodegradable packaging, another idea came up, namely the use of production waste to make biogas, which can be reused by the company”, he explains.

These new ideas are being improved and turned into reality with the support of Generation Food. 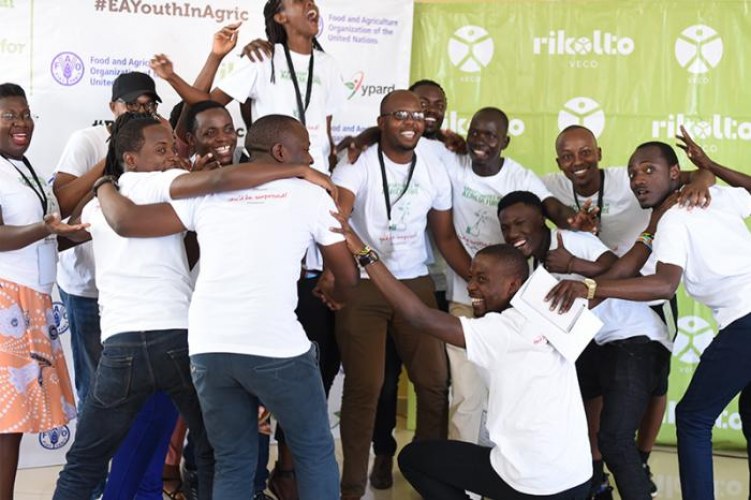 Want to know more about our Generation Food programme?

Through our Generation Food programme, we want to support the dream of young people who want to start or enhance their own business and reduce the global "food footprint".

"After the trainings, we stayed in touch with Rikolto through a WhatsApp platform where we exchange with the project manager, Mrs Bernadette Ouattara. In addition to that, she often visits us during the exhibitions to encourage us”.

This group, which has one hundred (100) members, is a formidable channel for the promotion of young entrepreneurs' products. Rodrigue was able to advertise an event he organised during the festive season, the official opening of his company's new premises. He even benefited from the publication of photographs of the event free of charge.

Rodrigue is very grateful to the people in charge of the project and he lets it be known. "We thank them and ask them to continue to support us in this way”.

In addition to these words, he does not hesitate to make commitments. "The promise I make is that by the end of the programme I want my products to be at the top and to have my products sold in Ouagadougou’s markets. In the years to come I will fight to conquer the whole territory, and why not even West Africa in its entirety," says Rodrigue with a dreamy smile.

Do you want to know more about Generation Food in Ouagadougou? Contact Bernadette!