A Woman, A Farmer, A Leader

A Woman, A Farmer, A Leader

Becoming a farmer is not a usual or typical dream of most Indonesians. Many Indonesian farmers would tell you that they farm not because they chose to but because they had to. It is even more unusual for a woman to farm, let alone manage her own farm. Farming in Indonesia is a men’s world and although women are traditionally involved, they are given specific and limited roles of being mostly helpers of their husbands. Mama Lina didn’t plan to be a farmer, either. But once she got into it, she found not only her true passion but also her natural talent for leadership.

Mama Lina left her village some years ago to go to school in Labuan Bajo on the west coast of Flores Island. After graduating, she worked as an insurance agent for Jiwasraya Insurance in Sumbawa Besar for a year and in Larantuka, East Flores, for another year. Then she returned to Labuan Bajo and worked at a Japanese company, PT. NTT Kuri Pearl, a company that cultivates pearls. After two years working there, from 1999 to 2001, Mama Lina finally decided to return to her village, and that’s when she discovered farming.

Bajawa is known as one of only six matriarchal societies in the world, which means that custom and kinship system is regulated through a female line. Based on that custom, Mama Lina inherited a land and a plantation from her parents in the area of Wajamala. So together with her friends who also owned lands in the area, Mama Lina began farming coffee.

In only a year, her natural leadership talent started to show. Mama Lina’s hard work earned her the trust of her community that appointed her as a village cadre in 2002-2004. Then in 2005, she became a member of the Village Consultative Board (BPD) in the village where she lives to this day, Radabata Village.

In 2007, Radabata Village collaborated with the Plantation Office of Ngada District in a joint project to develop coffee plantations in Wajamala. Mama Lina quickly saw the project as an opportunity to learn, progress and develop. In order to capture the opportunity, Mama Lina involved some of her friends and established a farmers group called Poma Taka.

A few years later, the project ended. Poma Taka transformed into a Joint Savings and Loans (UBSP) named Berdikari. But their coffee farms were abandoned and rarely maintained. It is true that most coffee plantations in the entire Flores Island are more appropriately called “coffee forests” because the plants are allowed to grow so tall and are hardly sustained. The coffee plantations belonging to Mama Lina and her friends faced the same fate.

But in the beginning of 2013, two organizations known for carrying out various community development activities—the Institute of Civil Society Protection Advocacy (Lapmas) and the Watuata Community Protection Group (Permata)—expanded their program coverage into potential coffee growing villages, one of which was Radabata Village. The program provided training sessions conducted in a Field School format. Because the two organizations used a group approach, UBSP Berdikari was selected to be one of the classes in the Field School.

For three months, Mama Lina and her friends learned how to maintain and cultivate coffee plants as well as how to process it according to the standards required for export purposes. Their plantations began to be properly tended and maintained. The quality of the yields also started to get better. Thus, UBSP Berdikari decided to establish a Processing Unit (UPH). Production volume was still low at the time, so they only sold it through Permata. 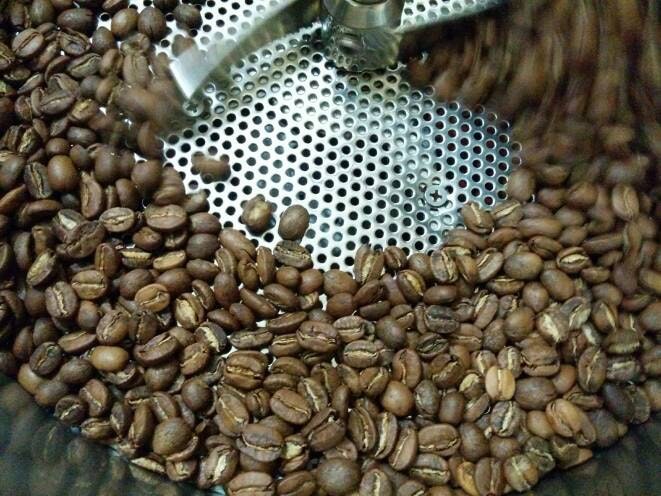 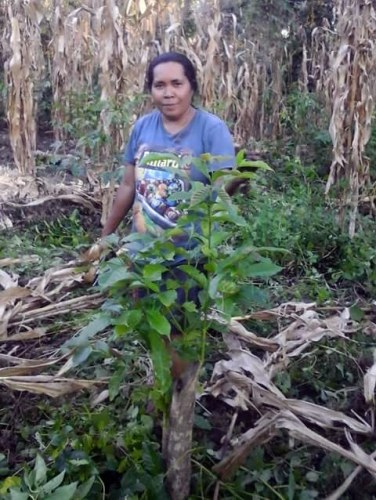 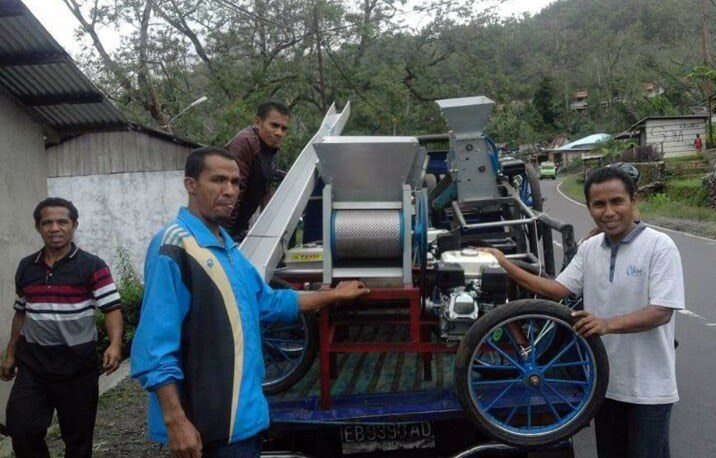 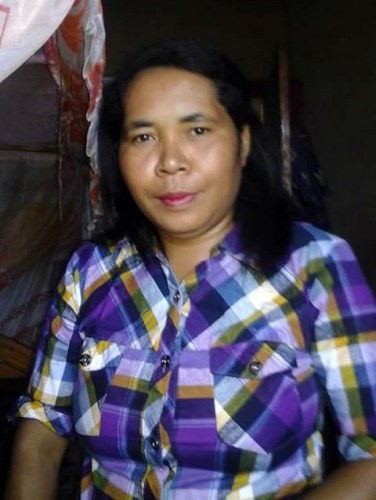 In 2014 UBSP Berdikari transformed again and became Kagho Masa Primary Cooperative, chaired by Mama Lina. In the same year, coffee samples from the processing unit were sent to Jakarta to participate in a National Auction and successfully passed as one of the coffees qualified for the auction. Mama Lina attended the event and cleverly used the opportunity for networking and lobbying. As a result, Bajawa coffee was sold at a price of IDR 60,000/kg!

Mama Lina continued to tirelessly promote Bajawa coffee produced by Kagho Masa Primary Cooperative. She also did not hesitate to transfer her expertise to other farmers in order to encourage them to improve their knowledge and skills. She spread her wings to neighboring villages and got involved in Field School activities.

Kagho Masa now produces specialty coffee that is becoming well recognized among coffee lovers in Jakarta, Java, Sumatra and Bali. In addition to supplying the coffee to PT. Indokom, it has begun to grab the attention of café owners in big cities that now regularly place coffee orders with the cooperative. Kagho Masa is currently one of the cooperatives supplying coffee in a large quantity to be jointly marketed locally and internationally. An outstanding accomplishment was etched during the SCAA (Specialty Coffee Association of America) Expo in Atlanta, Georgia, U.S.A. on April 13-17, 2016 when coffee samples from the cooperative were selected to participate in the International Coffee Auction.

All these achievements are the result of hard work of all cooperative members, but certainly are also the product of Mama Lina’s strong leadership. At the age of barely 37 years old, this woman never gives up despite facing challenges from several members of the cooperative who are mostly men and some people who tend to underestimate her. She continues to fight confidently for the welfare of all members of the cooperative and constantly strive to empower the women in her village to become people that could be taken seriously. Today, there are five female cadres in Kagho Masa Primary Cooperative besides Mama Lina. Other cooperatives and local government offices in neighboring regions have even begun to require their expertise. And their coffee plantations are often used as learning orchards.

Behind the scenes, however, Mama Lina is a single parent to her only son. She is a mother, an ordinary woman. But her extraordinary determination and endeavor have made her the only female so far that ever leads a primary cooperative in the area. People count on her ability. Nevertheless, Mama Lina never stops learning. She is always eager to attend trainings, join study visits and participate in various meetings. In addition, Mama Lina is now a qualified Q Grader, which is a qualification to conduct objective assessments and score the quality of coffee.

A woman, a farmer, and a leader. Hopefully Mama Lina will continue to inspire women to succeed in their chosen fields and elevate women everywhere to an equal stage as men.