in Insights
A new generation of cocoa producers in Central America
This news is part of the following focus area:

Our colleague Jorge Flores is coordinating youth projects in Nicaragua and supporting cocoa cooperatives to bring more young people on board. He shares his personal experience, as a young person, on how you can empower other young people while also working on your own empowerment.

Most of the time, "being young" requires you to work harder to keep up with people with more work and life experience. We hate being the "newbie" or "rookie", or "the one that is still learning". And I dare say that this doesn't depend on whether you come from the city or the countryside.

The barriers we young people face are high, both in planting cocoa, and in running a project that tries to link urban and rural youth and vice versa.

In Nicaragua, 61% of the population is younger than 30 years and most of them live in the cities of Managua, Matagalpa and the North Atlantic Autonomous Region, where Rikolto's partner farmers' organisations and the young people I work with are located. 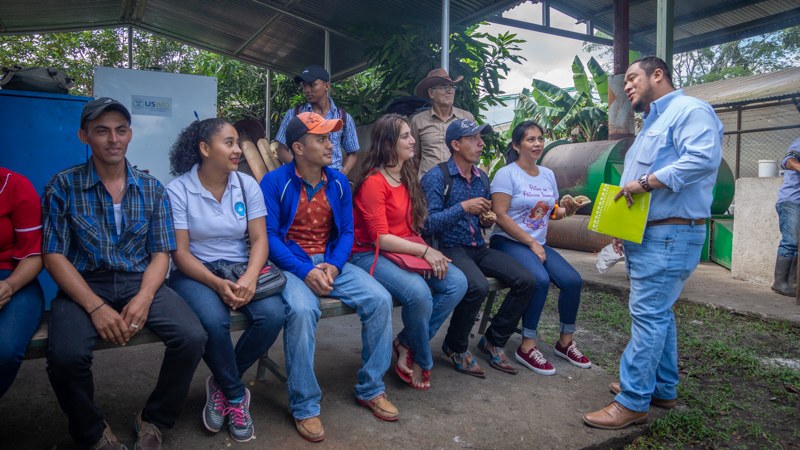 I remember a couple of young agronomists who managed their family's cocoa plantations exactly as their father told them to. After participating in several trainings and exchanges facilitated by Rikolto, they knew that these practices were not right. But they kept telling me: “How do I tell my Dad that he is wrong?”

I experienced exactly the same with some relatives, with bosses in other jobs, with people older than me. Many times I remained silent, although I really did have things to contribute, out of fear that they would say: "Shut up, you don't know anything", "you are going to teach me? I’m older than you are”, or "you are the one learning here".

One of these young agronomists was Abner. He was about 14 years old when I met him. He was a born leader, a “chavalo chispa" (literally, boy with sparks) as we say in Nicaragua. It was normal to hear him say typically Nicaraguan sayings like "the devil knows best, because he is old", that you would expect to hear from an adult. 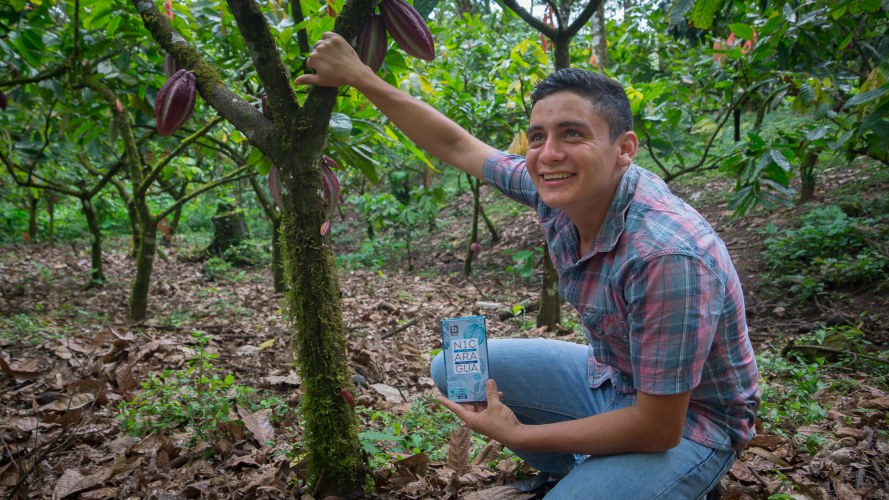 Abner on his family's farm

"Did you know that a fresh cocoa seed - after removing the pulp - can weigh between 1 and 2 grams, while the dry seed can weigh between 0.9 and 1.5 grams, depending on the type of cocoa and the time of year you're harvesting?" he told me with his huge grey eyes.

I swear that this young agronomist has taught me more about cocoa than I could ever read in any book, with real and proven data!

Abner and his sisters, who were very similar to him in their way of thinking and gathering knowledge, are an example of how through knowledge and learning we can turn those barriers into a force that gives us more authority and claim our space in society.

“Something similar happened to me, just not on a farm”

I never lived in the countryside, but guess what? Even though I was a bit older than the young people in the project, we had a lot in common. I could still grasp it when they communicated with their eyes to each other, to say that I had bored them in some training.

I remember being at Arlin's house, waiting for the rest of the young people to start a training. He was telling another young man how he had left his home at the age of 22 to "go out on his own" and get away from his dad's house rules. He was sharing how that helped him to grow up and understand that life is hard, but that one must adapt to change.

The story had a happy ending - after a few years his Dad gave him the opportunity to take over his land, plantations and the whole farm. Something similar happened to me, but without a farm, and I did well, as Arlin did.

The first thing I did after I was hired as coordinator of the "Yes Youth Can” project was a tour to get to know each community in Matiguas, Rio Blanco and Santa Rosa de Paiwas. In total, I visited 17 communities.

After walking uphill for 2 hours, in the rain and in the mud, slipping and falling, I thought about quitting the job already.

But during these visits, I got to know these young men and women who got to be my partners. I got to know their challenges and started to think about how we could overcome them together. And I loved it, it was my dream come true, to be at the centre of production with them.

All of us who grow up in cities, have access to a good education. And we still participate in and perpetuate machismo, a toxic attitude towards sexuality and disrespect for the environment. Never mind how things are for those of us who do not access to the best education. And add to that a fear of public speaking, of expressing your opinions in front of someone of the city… So my first challenge was to work together with these young people to overcome their shyness and express their opinions.

How? 60% of the time of my visits or meetings with them was all about jokes, games, playful activities. In trainings, we paid a lot of attention to group dynamics, we made games with "punishments" that entailed that they had to repeat what they had learned, so that they would come to the front to express their opinions.

It seemed almost cruel to me if I recalled my years at the university when I used to go around sweating and stuttering and being shy. And now I had to open up in trainings too. And I had to discuss also sensitive topics such as sexuality, in a context where many of the youngsters were taught by their parents that it’s an absolute taboo, a “prohibited topic”. So when this topic came up and the youngsters said the word penis or vagina, they would blush and stand there to see who would be the first to laugh. I don't think I've changed much, but I'm sure these young women and men at least changed their attitude towards the topic and are more informed.

This is such a challenge! You can visit the parents and explain to them what we want to do, you can do the meetings in the girls' house, but it was almost always the same. The girls had to help in the kitchen to make lunch. - "Don Julio, why don’t you send Kenya to the training, it is important", - "Yes yes… once she’s finished helping her mum", he would answer me.

I tried so many times, but it was Walter (his son, Kenya’s brother) who had to learn about cocoa and all these things because Kenya had to help her mother with the house chores. Imagine the feeling of a heart attack, when I told him that Kenya had been selected to receive a full-month training on cocoa in Honduras.

It was difficult, even though the youngsters' parents trusted me, and I had many conversations with them on the importance of letting their daughters join the trainings. We barely reached a 32% participation of girls in this project, in some of the activities.

What an incredible experience it was. 206 young people took part in the "Yes Youth Can!"-project, they started up five enterprises: a tourist route, a cocoa collection centre, a chocolate bar and two input sales points. Now, two years after the end of the project, only two businesses are still standing. We must remember the crisis that the country experienced, how difficult it is to do business in Nicaragua and even more so with the little experience in the field for young people. But to me, the success of the project goes beyond the life of their enterprises. It's in all the learning opportunities they have grasped along the way.

First, we built business ideas with the young women and men, then we chose the best ideas. From these we designed business profiles, and finally we selected the best ideas to build business plans and finance them.

It was a learning process for the young people, and there was always more learning to do. With more time I would invest in more training for these youngsters, and more exchanges with other successful young entrepreneurs. 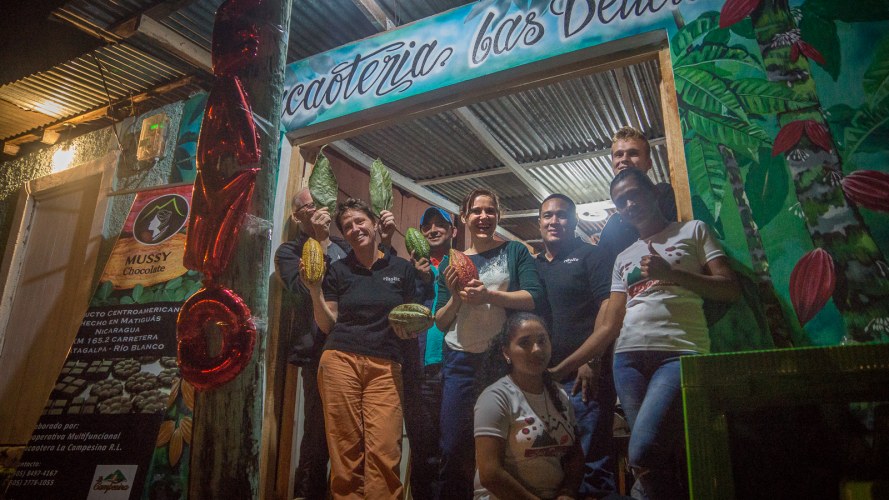 The chocolate bar, where you can find all sorts of delicacies made with cocoa from Rio Blanco 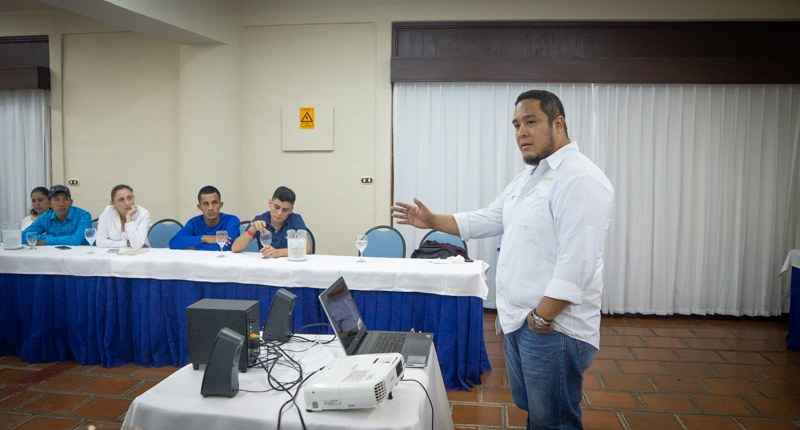 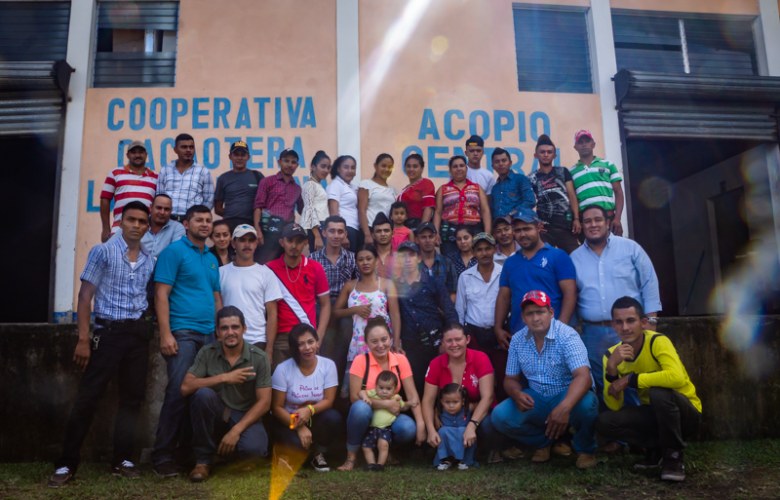 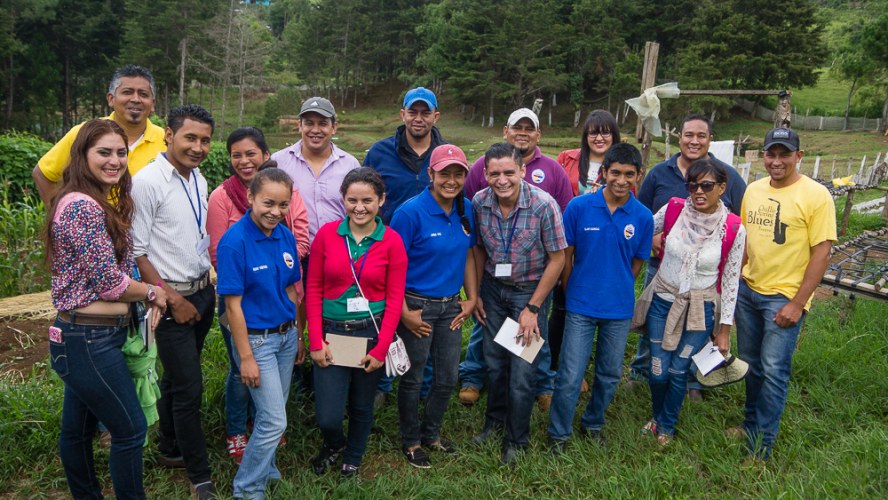 Do you want to see and hear the young women and men in action while learning about cocoa? Have a look at this two-minute video (in Spanish).

Do you want to know more about what Rikolto is doing to support young people's economic and personal empowerment within food systems? Write me an email or contact me via LinkedIn.