"Urban food policies are about more than rooftop farms"

"Urban food policies are about more than rooftop farms"

On November 9th, 110 participants from the Netherlands and Flanders gathered in Leiden for the second urban agriculture day. Our colleague Gert Engelen was present and shared our experience with the Leuven food strategy, which we helped to develop.

It’s very clear that in recent years a new dynamic emerged around cities and food. A meeting like that in Leiden is important because it helps people to see their daily work in a broader picture. It gives us the opportunity to make connections and to become part of a larger platform. 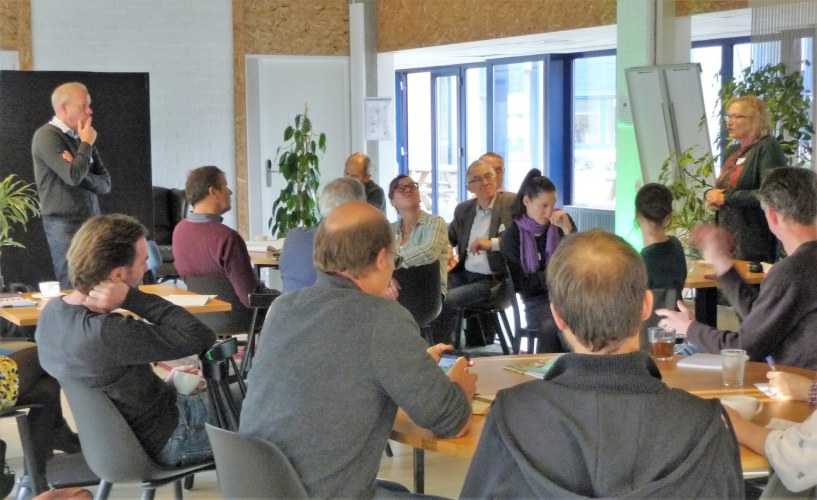 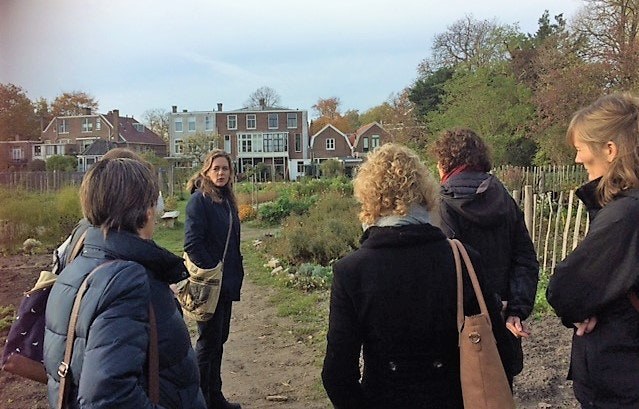 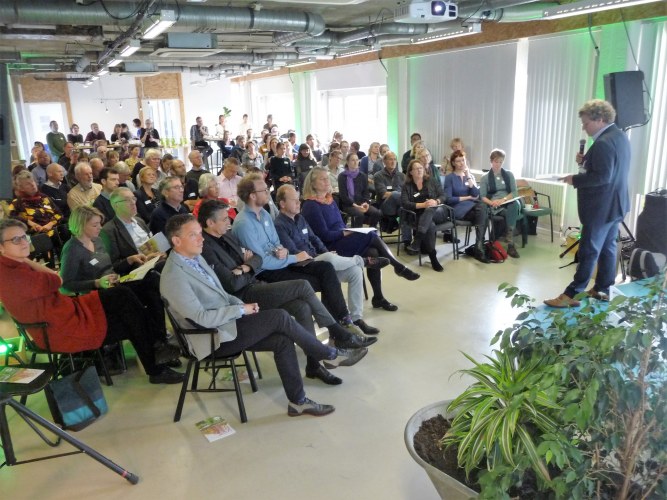 From Belgian, we shared the cases about the Leuven and Ghent food strategy and the city farm in Tienen.

I think that our approach with Rikolto can provide a broader perspective on urban farming and urban food policies. When it comes to cities and food, things get easily narrowed down to urban agriculture with small gardens on rooftops and balconies. In the food strategies that we create, we take the broader city region into account. That way, you can involve professional farmers in the surrounding countryside, but also your industrial kitchens, schools, hospitals, ...

Why an urban food strategy?

By 2050 the global population will surpass 9 billion people. 3 out of 4 people are expected to live in cities (today, it's 1 out of 2). If we want to feed this growing urban population in a healthy and sustainable way, we need to reinvent the links between urban food markets and farmers. Together with cities around the world, our colleagues at Rikolto look for practices and policies that benefit consumers and farmers alike. Cities are an ideal platform to renew our food system: big enough to have an impact, small enough to try new things.

For example, farmers around Tegucigalpa (Honduras) formed a consortium with supermarkets from the city to work together. In Leuven there is an idea for a local distribution platform that connects farmers from the area to local supermarkets and restaurants.

This broad perspective also means that initiatives aren’t limited to a niche for the wealthy middle class. It is precisely in a city that food can be the leverage to ensure that sustainable and high-quality food is made available to everyone through schools and social institutions.

Who takes the initiative: citizen or government?

In the past, the discussion often focused on the question: should an urban food strategy be initiated by citizens or by the government? We now know out of practice that this contradiction isn’t really relevant. If it’s only citizen-driven, without involvement of the city, you will not be able to penetrate the mainstream market and your impacted is limited. But if it only starts from the city government, you lack support. Who takes the initiative doesn’t really matter. Involvement is key.

There will certainly be a follow-up to this exchange. There’s so much you can learn in only one day. In Belgium, there’s a growing number of cities who’re working on an urban food strategy: Kortrijk, Bruges, Antwerp, Ghent, Leuven, Mechelen, Genk, Tienen, Ostend... Now we should look how we can align the efforts of all these movements. Exciting times, fore sure!