The Okualas village, in the Tinombo subdistrict of Parigi Moutong district, in Central Sulawesi, Indonesia lies in the mountains, around 500 - 1,800 metres above sea level. The tortuous, winding road to the village is extremely taxing. And the road surface is badly damaged too. Nevertheless, cocoa producers are able to sell their cocoa, through a long supply chain.

Living in the mountains with badly damaged roads is a problem for farmers in the Okualas village. It is difficult for the cocoa producers to get to town to buy basics as well as agricultural production inputs. Despite being in a challenging and isolated area, Tinombo cocoa meets export standards.

Farmers use no chemical inputs for their farming practices. This means no chemical fertilisers or pesticides – they rely completely on nature in their methods for cultivating cocoa.

Their cocoa received cocoa certification from the certification agency Rainforest Alliance (RA). With this RA certificate, cocoa from Tinombo can be exported to international markets, including Malaysia, China, the United States and Europe.

In fact, the farmers from the remote Parigi Moutong district produce around 74,000 tons of dried cocoa a year. Central Sulawesi is one of Indonesia's main cocoa production centres. The province as a whole produced produced 144,358 tons of dried cocoa in 2012 (Ministry of Agriculture Data). This is second only to neighbouring province South Sulawesi, which produced 146,840 tons. 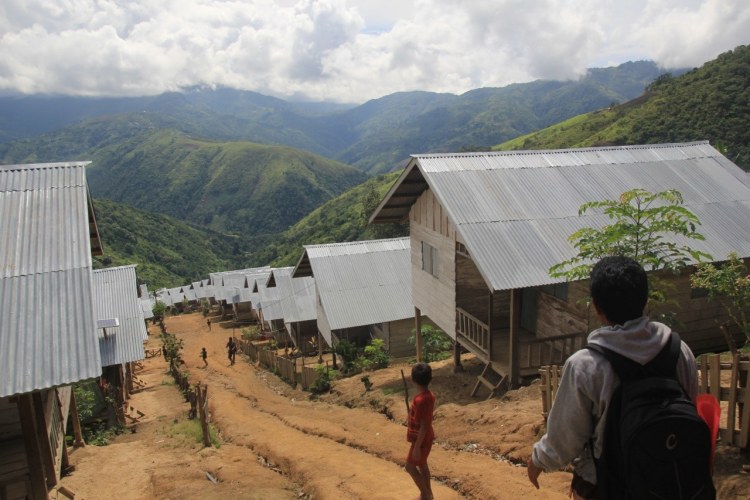 The smallholders in remote Tinombo thus contribute to making Indonesia the world's third largest producer of cocoa, after Ivory Coast and Ghana. According to the International Cocoa Organization (ICCO), Indonesia produced 420,000 tons of cocoa beans in 2012. Or around 11% of the total world production. The same year, the Ivory Coast produced 1,449,000 tons, and Ghana produced 835,000 tons.

The potential is great, but the challenges are numerous. One is the excessively long marketing chain the cocoa goes through before reaching the consumer. Remote hamlets in Tinombo are the first part of the chain. Here, collectors buy dried cocoa beans from individual farmers. Because they live in isolated areas that are difficult to reach, the local farmers prefer to sell to collectors. They just have to wait for them to turn up – no need for them to bother taking their cocoa to the buyer. They get 1,35 EUR to 1,41 EUR (IDR 22,000 - 23,000) per kilogram.

Usually, these collectors at the hamlet level then transport the dried cocoa to village collectors, although sometimes, as in Tinombo, they take it directly to subdistrict buyers. The challenge for these collectors is the demanding journey involved. They must transport two sacks of cocoa, weighing at least 100 kg, by motorbike.

On the way back from Tompeng last May, for example, I met a hamlet collector who sells to collectors at the subdistrict level. He was coming down a muddy, stony rollercoaster of a road, with the cocoa.

From the subdistrict, the dried cocoa is taken to district buyers. And from there, the cocoa is sold to buyers in Palu. These wholesale buyers in Palu will then send the cocoa to exporters in Makassar or Surabaya.

In short, the cocoa marketing chain in Central Sulawesi is very long. There can be up to four or five linkages in the chain from the smallholder farmers to the exporters. It is even longer if taken into account the factories that process cocoa into foodstuffs, and the consumers.

From these small farmers, the dried cocoa sold to the exporters is sent to countries such as Malaysia, China, Belgium and the United States, where it is processed. In these countries it is turned into all kinds of chocolate products, including chocolate bars and chocolate powder.

We, consumers in Indonesia, then buy at great expense this chocolate that is made from an ingredient that comes from our very own country. 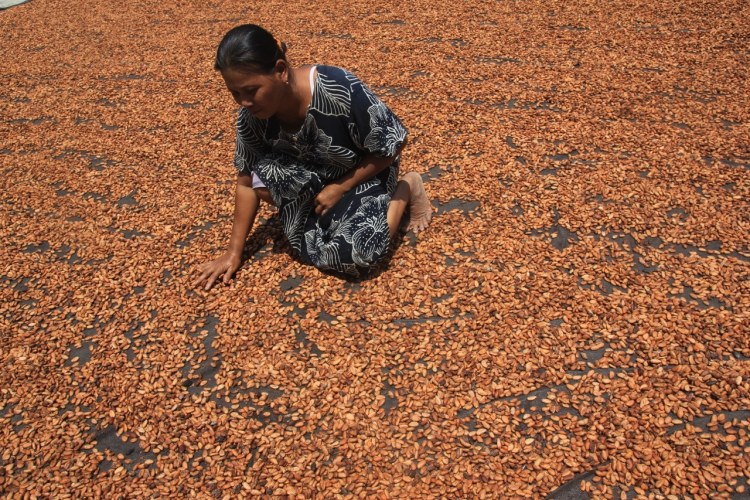