The story of Rushendeka, the exemplary rice farmer

The story of Rushendeka, the exemplary rice farmer

in News
Congolese rice farmers conquer the local market
This news is part of the following focus area:

Born in 1952, Rushendeka Kamanyula started growing rice at the age of 46 and has proven to be an “exemplary student” during the activities that are part of the Integrated Programme for Agricultural Growth in the Great Lakes region, PICAGL, led by Rikolto. The programme, financed by the World Bank, aims to ensure food sovereignty through a more sustainable and efficient rice value chain in two regions of DR Congo, South-Kivu and Tanganyika. Today, Rushendeka is the person of reference for rice growers in the community of Kiliba - and this is his story.

"A pupil might not surpass his master, but a diligent pupil could become as good as his master."

Nsibula Ntale Conseil, an agronomist based in Kiliba, has been working in the territory of Uvira since May 2019. After a first site investigation, he spent a long time among farmers in the community with the aim of raising awareness about the programme and setting up the Farmer Field Schools (FFS). A FFS is a group of 20 to 25 rice farmers meeting and working on the same field during the whole season of study. Within the group, one of the farmers plays the role of facilitator to support the dissemination of a set of predefined technologies and the creation of opportunities for experiential learning.

In the FFS of Kiliba, the field was divided into plots where different technologies and practices were installed and applied, among which: the Integrated Soil Fertility Management (ISFM), the system of rice intensification (SRI) and the Farmer Practice (FP) with both local and improved rice varieties. At each weekly session, when the crops were already planted, an agro-ecosystem analysis was carried out. The agro-ecosystem analysis is a regular and systematic field monitoring and evaluation practice used in the FFS. All these methods are based on learning from experience. They are learner-centred approaches based on the principles of non-formal education for adults.

The efforts to raise awareness around the FFS were successful at reaching rice farmers, both members and nonmembers of farmers’ organisations, without distinction. Many rice farmers were involved in the learning process, and since then, Conseil has been in permanent contact with them.

While promoting awareness among the farmers, I met and worked with a whole range of rice farmers, but one caught my attention over the others: Rushendeka Kamanyula. The most remarkable thing about him? His persuasiveness and his capacity to anticipate.

Mr Rushendeka was already the chairman of the Butaho rice-growing block G in Kiliba when he was elected chairman of the Buguma FFS in 2019, a group of 25 rice farmers all coming from the same rice-growing area. But he started his journey just with what he had, confidence in Conseil’s work and a 0.48-hectare field to cultivate. 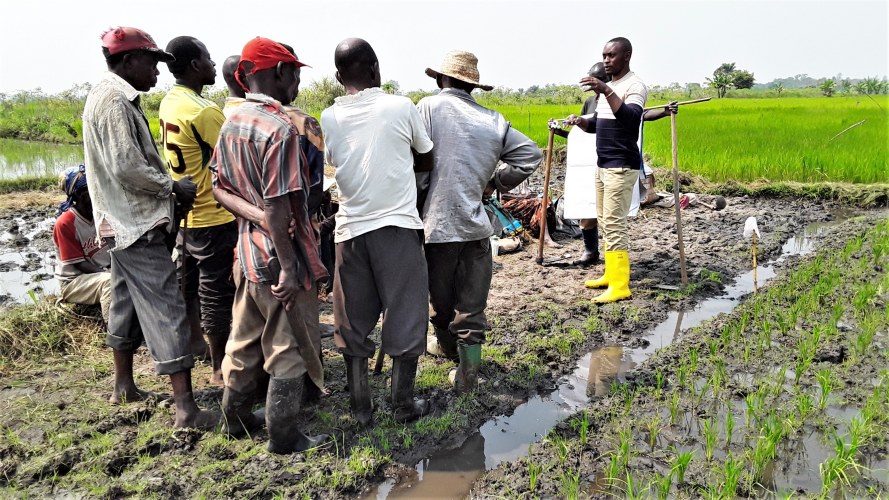 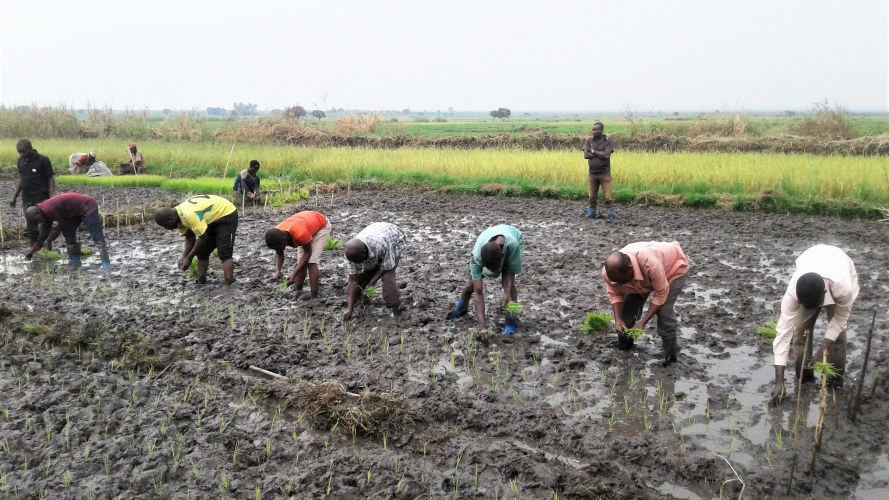 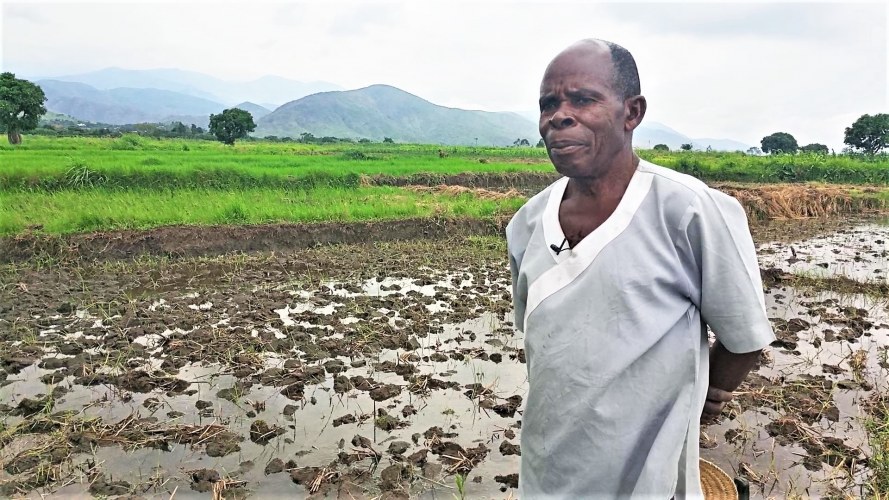 Together, they set up the ISFM, the SRI and the FP with both local and improved rice varieties. Two months after transplanting the seedlings and conducting some agro-ecosystem analysis, and having been encouraged by the fact that young plants were growing in a field that everyone considered barren, Rushendeka decided to bet on the ISFM. Even if he hadn’t seen the full results of the different methodologies, he was convinced that the right approach was to start experimenting immediately in his own field.

69 years old and the father of 8 children, Rushendeka started farming rice in 1998 and in 2019 participated in the project led by Rikolto in DR Congo. Despite, or perhaps because of, his old age and long experience, he didn’t hesitate to adopt the new technique. It didn’t take long for the results to come in: increased production compared to previous years.

Already well-known within the community, he became a real point of reference whose leadership has influenced farmers' engagement during the following three growing seasons. Thanks to him and to the results obtained in his field, about 50 rice farmers who were members of the FFS, as well as about 30 rice farmers who were not initially involved in the FFS, adopted the ISFM. To these numbers we should also add 6 people who showed interest in rice farming. Today Rushendeka accompanies the “new farmers” through advice and technical support. According to what we have heard from the farmers, they also achieved good results.

What has changed in Rushendeka's life over the three crop seasons since the adoption of the ISFM?

Four seasonal workers and one permanent worker were hired to work in the field, together with the ten people in Rushendeka’s household. During the harvest season, from September 2019 to January 2020, they obtained 2.8 tonnes of paddy, of which 1.3% was retained for domestic consumption. The rest was sold at 0.35 USD/kg for a total of 967.3 USD, an amount 1.83 times higher than that earned before the adoption of the ISFM.

What happened next? They went up a gear. During the second harvest season running from March to July 2020 they produced 5.92 tonnes of paddy of which only 0.6% was retained for domestic consumption. The revenues rose to 2059 USD, 3.9 times higher than before.

Thanks to the higher incomes of two fruitful harvest seasons, Rushendeka bought a dairy cow and new corrugated iron sheets for his house, and paid the school fees for his children studying in Bukavu, the capital of the province located 106 kilometres from Kiliba. He also invested in his farm, increasing his field from 0.48 hectares to 0.91 hectares.

Good results make rice farmers happy. Thanks to his efforts and engagement, Rushendeka increased the quality and quantity of his rice production by applying new, efficient and sustainable production methodologies. He invested in improvements for his household and reaffirmed his passion for producing rice while paving the way for other Congolese rice farmers.