Rikolto and The Great Food Transformation

Rikolto and The Great Food Transformation

Food systems have the potential to nurture human health and support environmental sustainability; however, they are currently threatening both. Providing a growing global population with healthy diets from sustainable food systems is an immediate challenge: a Great Food Transformation needs to take place.

On January 16, the EAT-Lancet Commission, a group of 30 world-leading scientists from across the globe, released a landmark report on Food, Planet and Health, in which they discuss this Great Food Transformation: “How food is produced, what is consumed, and how much is lost or wasted all heavily shape the health of both people and planet.”

According to the scientists behind the study, this transformation involves two main targets: sustainable production and healthier diets. The EAT-Lancet Commission outlines a planetary health diet, which is flexible and recommends intake levels of various food groups that we can adapt to our local geography, culinary traditions and personal preferences. By choosing this diet, we can drive demand for the right foods and send clear market signals all the way up the food value chain back to farmers. 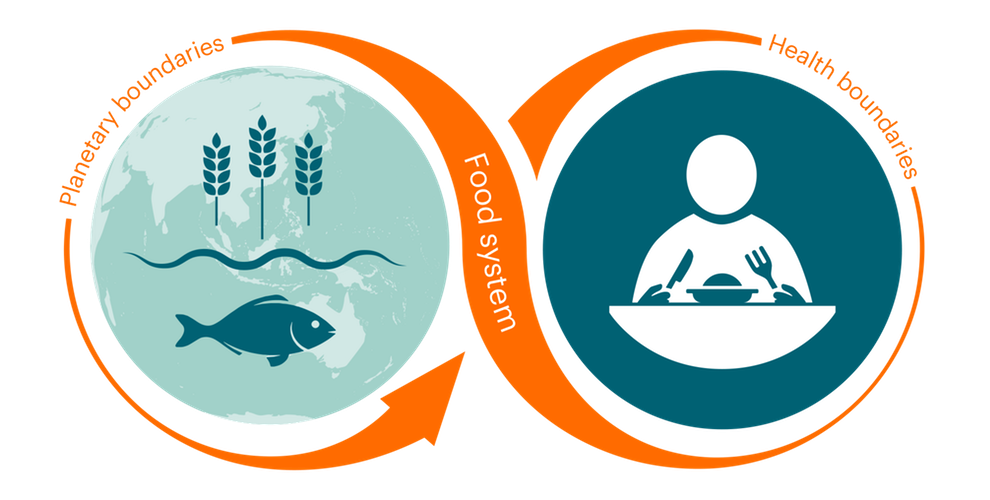 From climate crisis to health crisis: food can fix it. That’s the hopeful conclusion of the report… and exactly Rikolto’s take on this matter. However, writing a strategy in a report is one thing, putting it into practice is a different story. So, let’s have a look at a few solutions that Rikolto teams across the globe are already harvesting today to make the Great Food Transformation actually happen.

I was present at the launch of the report in Indonesia. And I fully subscribe to the conclusions of the scientists. Here in Indonesia we do our bit. At national level, we give policy input regarding sustainable food production and consumption. At community level, we involve people in experiments and initiatives that promote responsible consumption. We understand that every stakeholder has its own focus and initiatives to address food security issues. So, it is one of Rikolto’s strategies to connect the dots, and bring together the relevant stakeholders so we can come up with a concerted and overall effort to advocate for change in the food system.

Rikolto has been promoting sustainable agriculture production for decades. We support the adoption of Good Agricultural Practices in all the regions where we are active. Depending on the ecological problems in the area, we support specific intervention, such as compost production or preventing soil erosion.

In Sikka, Indonesia, for example, we support cocoa farmers in implementing an agroforestry model, locally called ongen. Ongen is an intercropping technique that helps farmers diversify their products and reforest the land. In this ‘mixed garden’, farmers grow cocao trees alongside coconuts, bananas, papayas, dragon fruits, sweet potatoes and pepper trees. Integrating agriculture with chicken and pig farming is also a common practice in ongen. By doing so, farmers have increased crop and income diversity. Ongen is perfectly suited to Sikka’s semi-arid environment and allows the soil to retain its nutrients.

In the sesame sector in Mali, farmers received training in compost production and saw the first positive effects. In 2017, the rainy season finished too early in the area. Generally, the fields dried up quickly. The fields of the producers who used compost, however, remained greener for a long time and yields were 30% higher on average, with a 20% reduction in their production costs because they did not have to use chemical fertilisers. 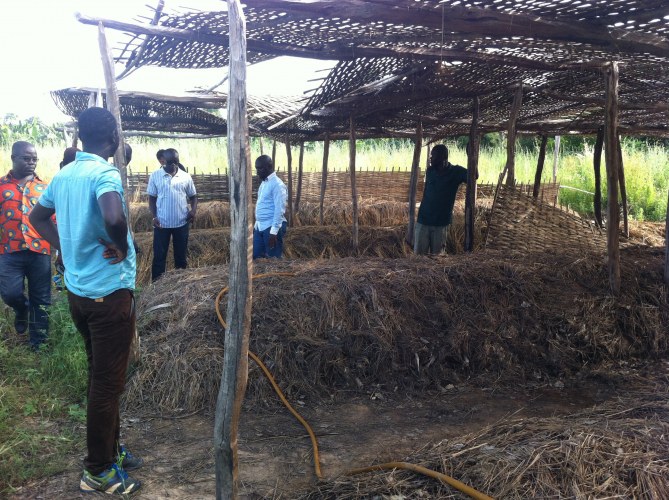 Vietnamese tea farmers have been trained in sustainable land management practices. The curriculum focused on such topics as preventing soil erosion, intercropping, natural pest management, mulching, and making compost. Initial results indicate that the farmers’ income has risen by an average of 30% due to reduced chemical use and higher prices for quality tea leaves. 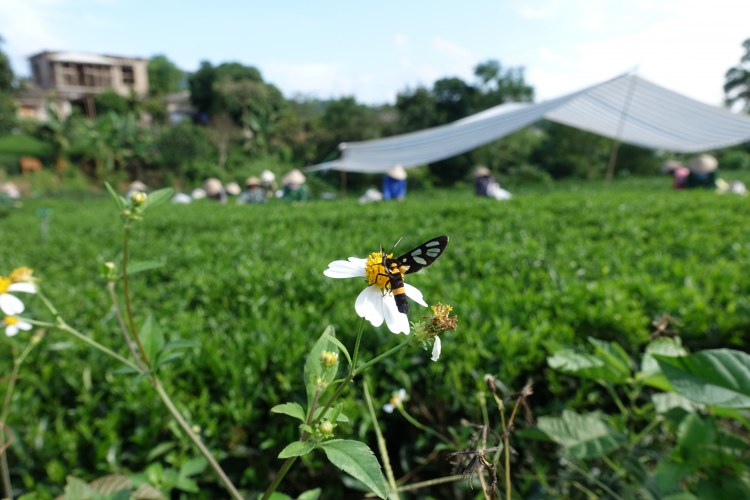 In Nicaragua, we started to collaborate with Subway, a company that is willing to pay a premium price to vegetable farmers applying Good Agricultural Practices. Their business model focuses on both environmental and economic sustainability. We plan to share the Subway experience with other companies to motivate them to do the same by making clear that it is a win-win for the buyers, for the farmers and for the environment.

For a few years, Rikolto has worked especially with city governments to promote sustainable food and make it easily accessible to consumers in the city.

In Ecuador, the population of the capital Quito can buy vegetables, berries, cereals and dairy products from the brand “Yachik” on the local markets. “Yachik” was created by UCCOPEM, an organisation that gathers more than 4,000 farmer families. Rikolto has promoted the development of the brand, and also provided support from the production, post-harvest, storage, marketing and distribution of the products to the market. These vegetables are produced using agroecological practices.

Urban farming has helped low-income residents in Solo, Indonesia to gain greater access to fresh produce. Thanks to a collaborative effort by Rikolto, the NGO Gita Pertiwi, the city government and local communities, ten plots of land in Solo are now allocated to community gardens. The communities have used them to cultivate bird’s eye chilies, red chilies, eggplants and mustard greens. It allows them to secure access to fresh food in the face of rising food prices. 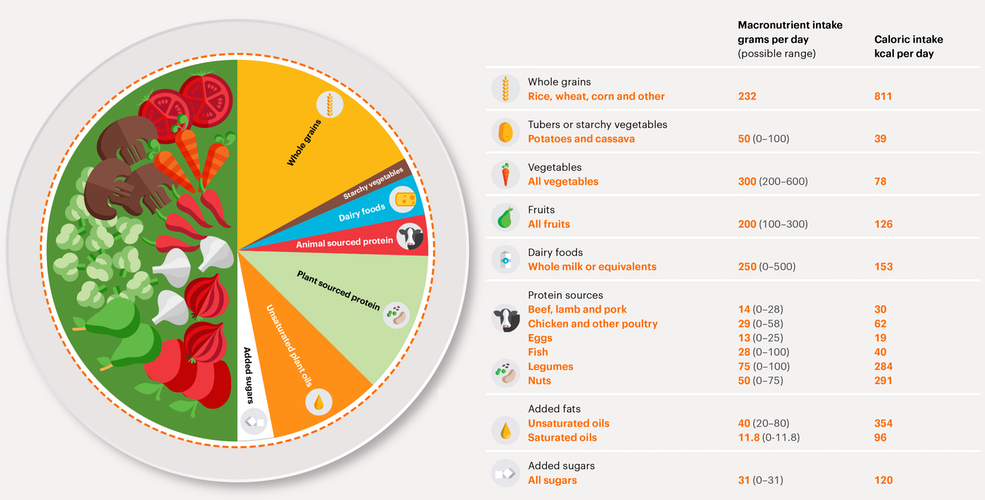 In Belgium, people are eating outdoors more and more. This out-of-home market - which accounts for about 40% of the total food market - is therefore a powerful lever to make our consumption pattern more sustainable. Since 2008, Rikolto has been supervising the kitchens and canteens of universities, private companies, hospitals etc. to make sustainable food the new normal. 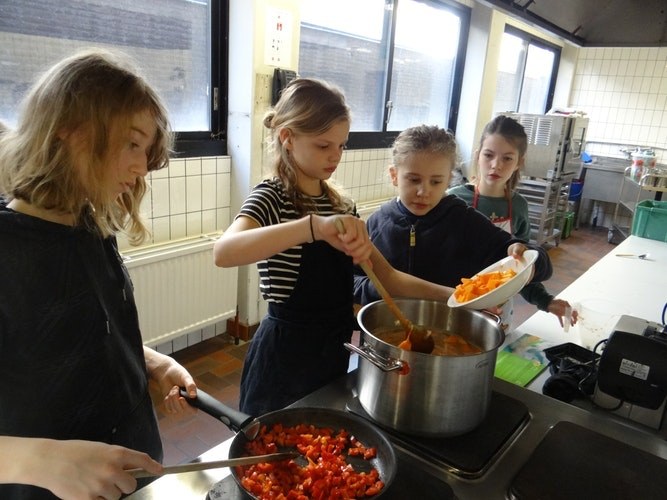 For a few years, the focus in Belgium has also been on the consumers of tomorrow. We coach and test primary and secondary schools with over the period of 2 years to help them make their nutrition policy more sustainable. We ensure that experiences are shared between the different participating schools. In order to introduce the lessons learned to many more schools, Food Councils are being established at city level. A healthy and sustainable food policy by 2021 for all schools in Flanders is our ultimate goal.