Putting food on the climate agenda: Rikolto and partners at COP26

Putting food on the climate agenda: Rikolto and partners at COP26

It’s this time of the year again when the world comes together to discuss how food system transformation can be leveraged to achieve the SDGs. After the UN General Assembly and the Food System Summit in September, local governments, scientists, national authorities, and civil society organisations are gearing up for the Milan Urban Food Policy Pact’s Global Forum in Barcelona in October and the Nutrition for Growth Summit in Tokyo in December. But this year, the topic of food is also making its way to the 26th Conference of the Parties to the UNFCCC (COP26) which will be held in Glasgow in November. Surprising, you think? Well, it shouldn’t be.

According to the Intergovernmental Panel on Climate Change (IPCC), global food systems account for 21 – 37% of total greenhouse gas emissions worldwide. They are also responsible for many socio-economic and health inequalities, environmental degradation, and of course the climate crisis. Traditionally, food systems haven’t been high on the agenda of climate conferences, despite reducing food waste and shifting to plant-rich diets being ranked among the most impactful solutions to reduce greenhouse gas emissions (The Drawdown Review, 2020).

In the last 18 months, Rikolto has been involved in various coalitions led by Nourish Scotland, a Scottish non-profit focusing on food policy and practice, to increase the visibility of food at COP26. Below is an overview of some of these initiatives. 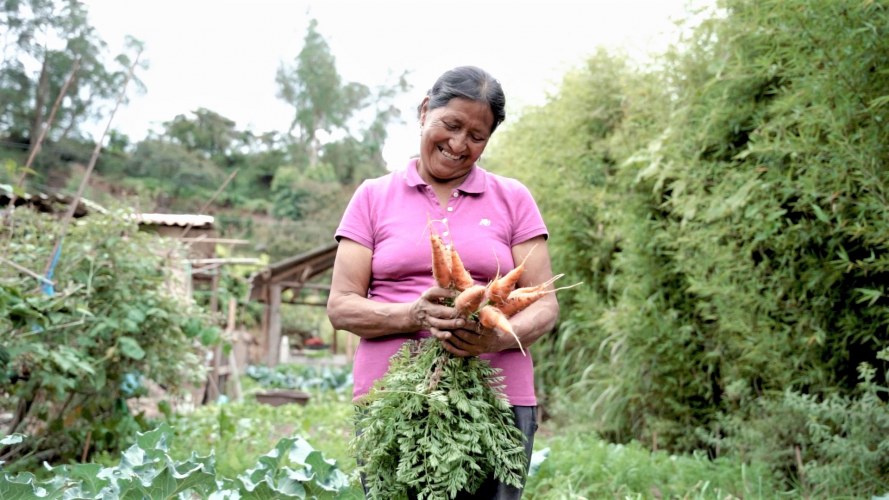 The Glasgow Food and Climate Declaration

The Glasgow Declaration is a commitment by subnational governments to tackle the climate emergency through integrated food policies and a call on national governments to act. Already signed by close to 100 local authorities globally such as Paris, Scotland, Istanbul, Quito, Surakarta and Douala to name just a few, hopes are high to increase this number in time for COP26 where the Declaration will be officially launched at the Glasgow City Chambers.

Subnational governments (including cities, provinces, regions, states, etc.) are already leading the way by adopting integrated food policies that aim to tackle the interrelated issues of climate change, social justice, health and environmental protection in a systematic way. COP26 is a key opportunity for placing food and local action at the heart of the global response to the climate emergency and this is exactly what the Glasgow Food and Climate Declaration aims to do.

Is your city interested in signing the Glasgow Food & Climate Declaration? Or would you simply like more information?

COP26 is our best chance to get the world on track to deliver the fundamental transformation needed to tackle the climate emergency and food systems must be part of this. Around the world, cities, farmers, young people, local communities and Indigenous Peoples are shaping food systems that nurture rather than harm people and the planet. We are launching the Glasgow Food and Climate Declaration to celebrate these local leaders and invite more governments to act. 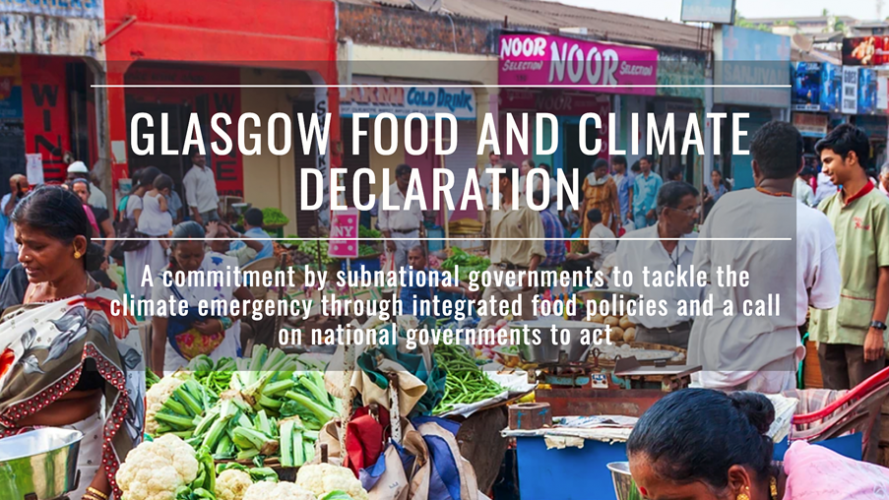 The Fork to Farm Dialogues

The idea for the Fork to Farm Dialogues came from the realisation that governments at all levels are increasingly taking action to fight climate change and transition to sustainable food systems but that farmers are often not part of the conversation, despite being part of the solution. As outlined on the dialogues’ website: “This growing demand for increased connections between cities and farms requires trust between urban and rural actors in food systems. Both cities and farmers need a just transition to a future where food and farming is part of the solution and not part of the problem.”

This growing demand for increased connections between cities and farms requires trust between urban and rural actors in food systems. Both cities and farmers need a just transition to a future where food and farming is part of the solution and not part of the problem

Under Nourish Scotland’s leadership, a process and coalition were set up for the organisation of local dialogues coalesced around 6 principles: just transition and respect for human rights, diversity, equity and equal participation, respect for different farming and knowledge systems, sustainability & resilience and local-led and context-specific.

Sixteen local dialogues have already been set up around the world: in Bangladesh, Kenya, Tanzania, Indonesia, the Philippines, Scotland, Nigeria, South Africa, Northern Ireland… At Rikolto, we’ve been supporting local dialogues in Ecuador (both in Quito’s city region and in the coastal area in Manabí) and in Belgium (in Leuven and Antwerp’s city regions).

Enabling spaces for people to talk about common issues and most importantly proposing solutions to solve them turned Local Dialogues into a powerful experience.

For Carolina Salazar, who facilitated the dialogues in Ecuador, what mattered was that “With farmers, we did not only talk about the issue but how to solve it. After the dialogues, farmers installed small irrigation systems for their crops.” During the dialogues in Zámbiza (rural Quito), one of the farmers said: "We have all faced the issue of lack of irrigation water, but until now we have not talked about it together ".

“For me, the dialogues meant the possibility to establish meaningful conversations with farmers who are already investing time and resources into creating alternatives. The next steps should be to continue to accompany their reflections and follow up on the action plans that they have set up. In the case of Quito, we see an opportunity to work with the municipality to realise farmers’ right to water and advocate for a differentiated water tariff” says Nataly Pinto, Director of Rikolto’s Food Smart Cities programme in Latin America and based in Quito. 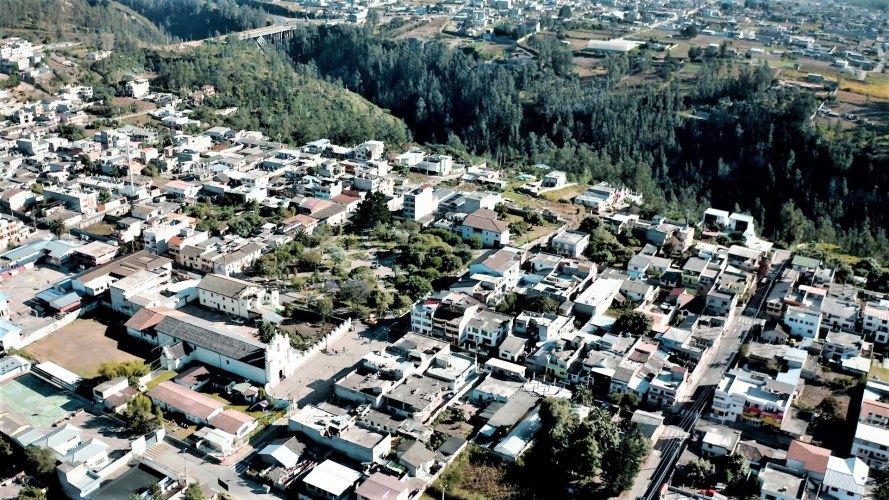 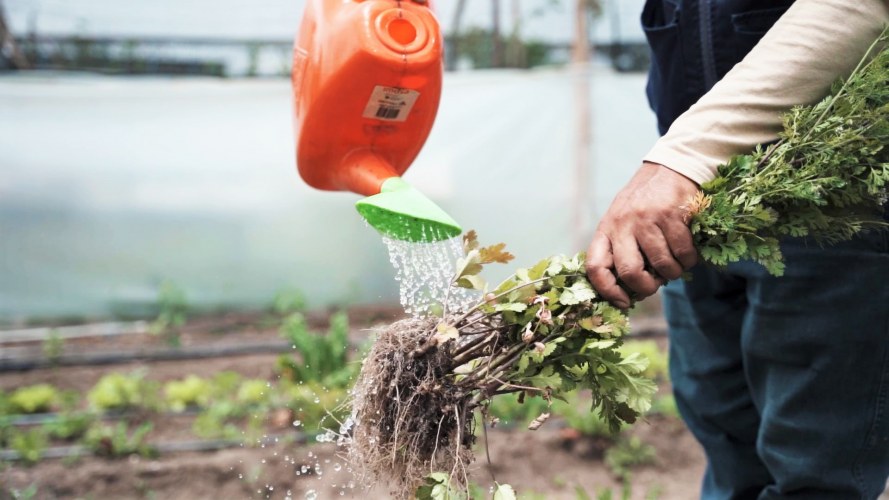 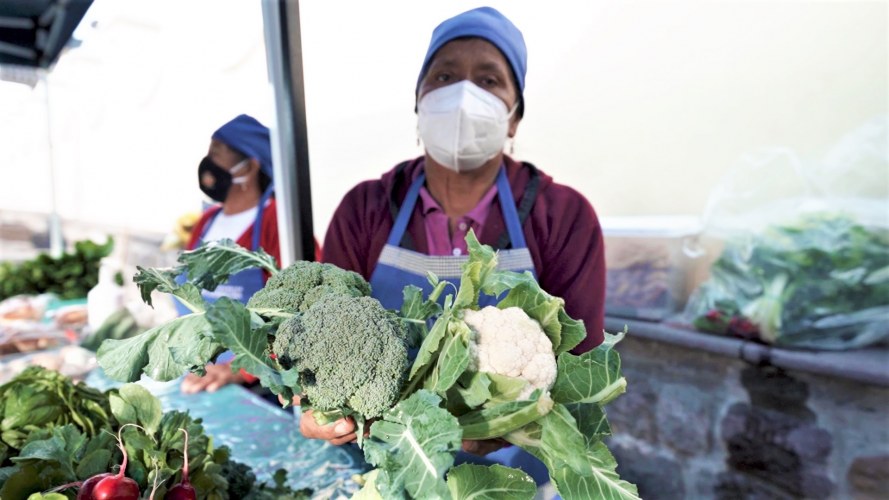 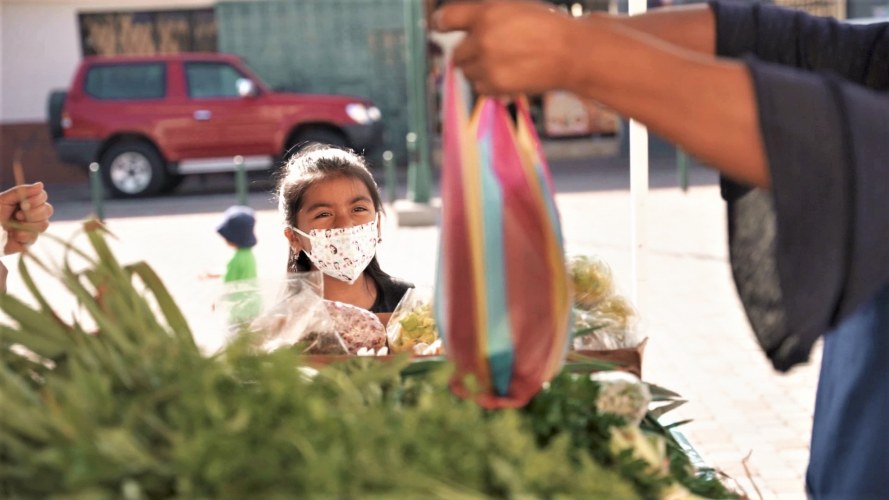 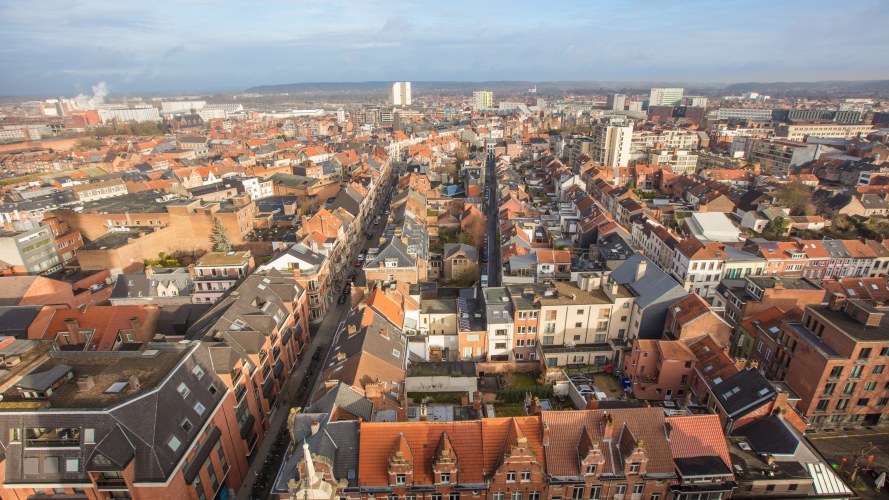 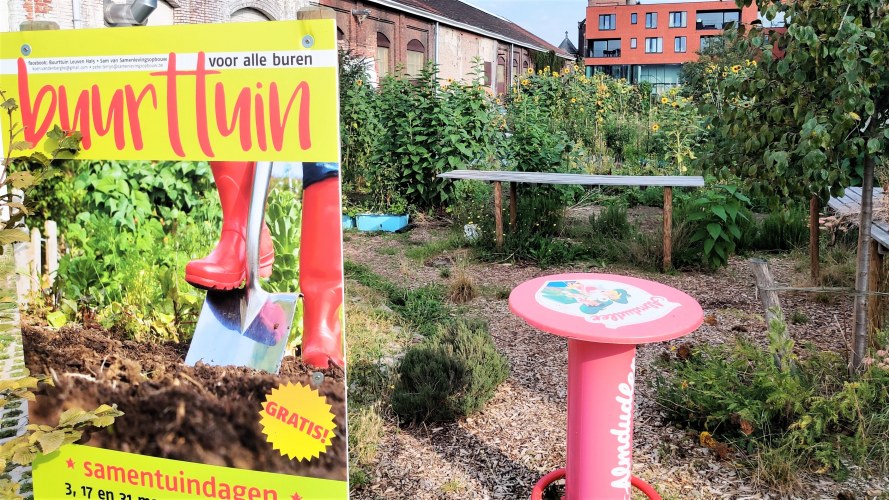 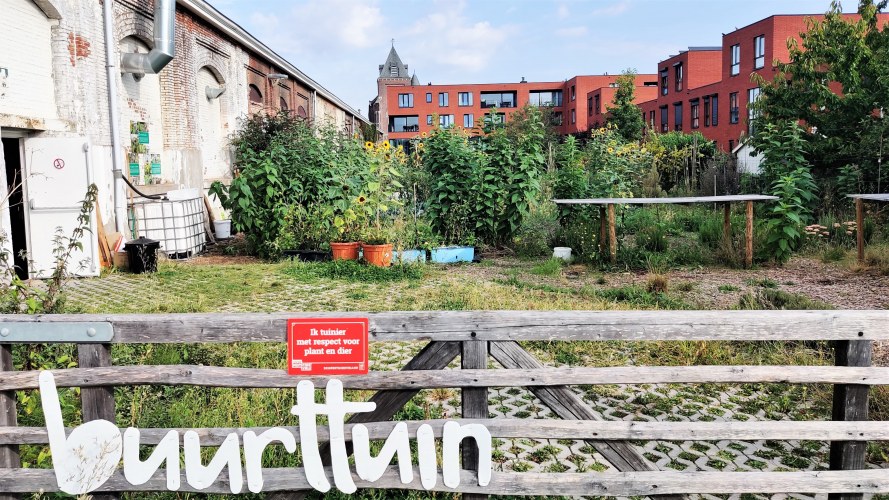 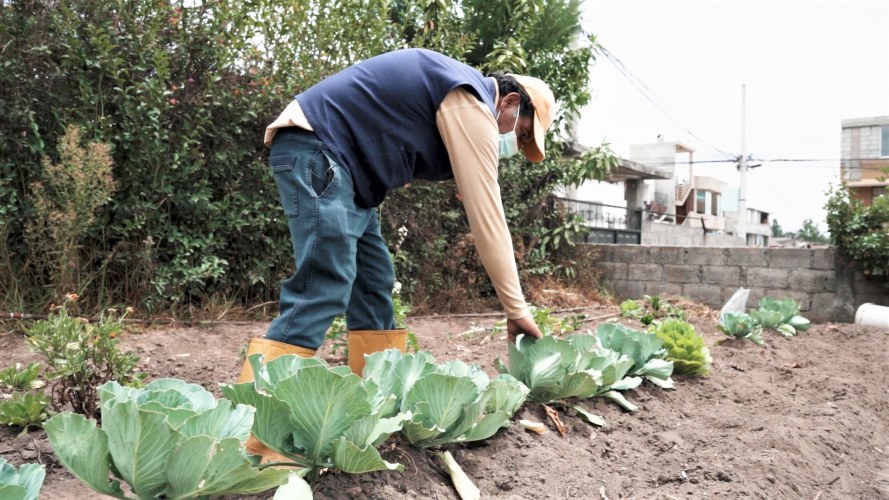 In Belgium, the dialogue highlighted the importance of bringing farmers and local authorities closer together. The process was far from straightforward, but it showed that this work urgently needs to be done. Gert Engelen who co-led the process for Rikolto in Belgium said: “Farmers in the Antwerp and Leuven regions have so far been reluctant to take part in a climate dialogue with the city because of the perception that they will be asked to put in even more efforts, without receiving any benefit in return. It is necessary to first establish an atmosphere of trust so that farmers can see that their ideas and proposals for contributing to climate challenges are actually being taken up and that they are supported for their implementation. The City of Leuven is interested in setting up a platform where they can regularly discuss with farmers about how they can better support them in this area”.

During COP26, we will participate in a Global Fork to Farm Dialogue: A Day Without Speeches. Farmers and local government representatives from around the world will come together in a hybrid online/in-person event. Built around local roundtable discussions, the full day event will facilitate learning and frank exchanges to build the common understanding that is needed for farmers and local authorities to work together rather than against each other. 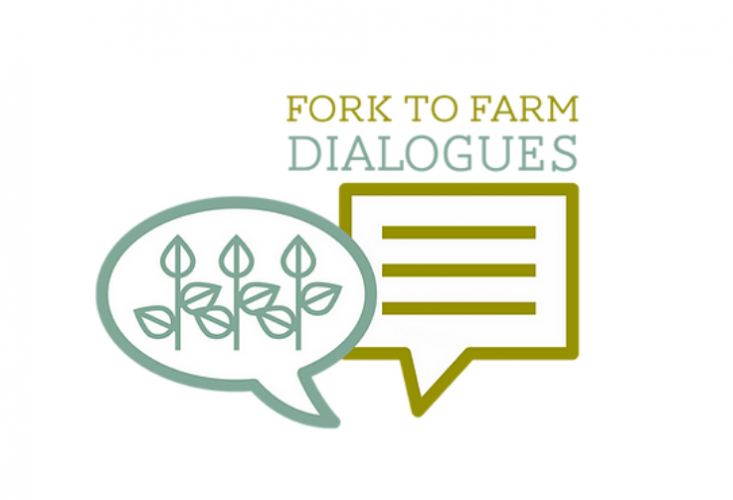 Are you interested in forming a group of food producers and local government representatives from your area to participate in the Global Dialogue? Register your interest and hurry up as registrations are closing soon.

During COP26, Nourish Scotland and partners are hosting a 12-day event named “Recipes for Resilience” which will provide a dedicated space for food and climate in Glasgow. Through a variety of activities such as panel discussions, screenings, community engagement and other events, Recipes for Resilience will emphasize the importance of food systems in tackling the climate crisis and bring visibility to an issue that is not sufficiently addressed in climate discussions.

Rikolto is proud to contribute to this event by hosting a fully online discussion together with our partner RUAF: “Resilience in practice: how cities are tackling climate change through inclusive food actions”. The session will welcome speakers with their boots on the ground who will share their concrete experiences of how they have put their food ambitions in practice to tackle both challenges of social inclusion and climate change. Half the session will be dedicated to an exchange with the audience.

Check-out the full programme and keep an eye on our website and social media platforms for registration details.

Go to the programme

Want to talk to one of our colleagues about Rikolto’s presence at COP26? 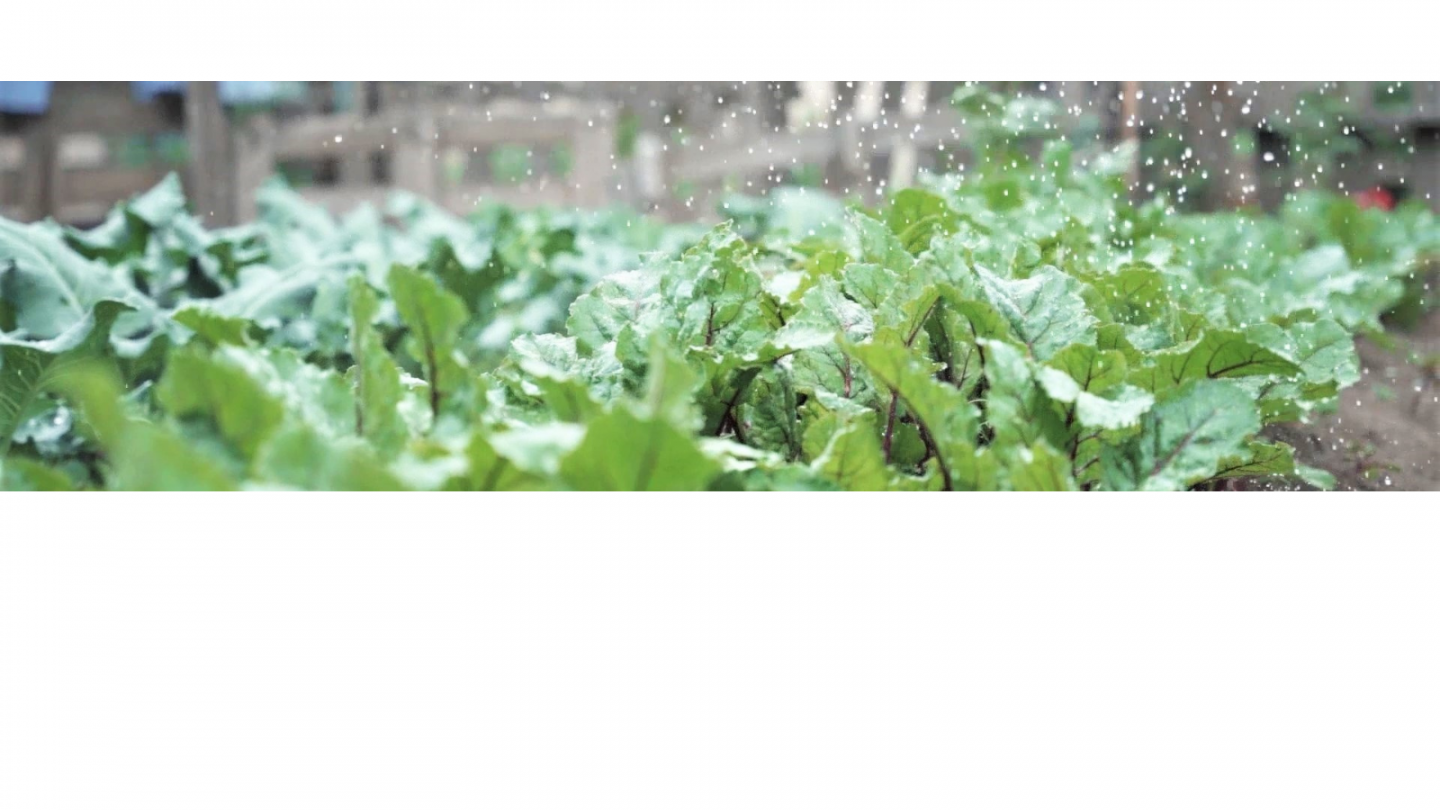