in Insights
Participatory Guarantee Systems for safe vegetables in Vietnam
This news is part of the following focus area:

As of 2021, a participatory guarantee system or PGS has been adopted by 43 vegetable cooperatives in the capital of Vietnam, Hanoi. PGS is now recognised as a certification system for safe vegetables in Hanoi and Vinh Phuc, Ha Nam, and Da Nang. How has this been achieved, and what does it mean for access to healthy and safe food in Vietnam? In this article, we tell you all about it.

The situation called for action, and one of the target areas that demanded to be addressed was food production.

The chronic overuse of dangerous and low quality pesticides poses a risk for farmers and consumers.

Since 2010, Rikolto has been working with local authorities and farmer organisations in Vietnam to adopt the participatory guarantee system or PGS. This is a quality control system that offers an affordable alternative to organic or sustainability certifications while contributing to the production of safe vegetables and fruits.

In 2017, to support the adoption and institutionalisation process of this system, Rikolto worked with 13 horticultural farmer organisations and local government agencies in Hanoi, Da Nang, Vinh Phuc and Ha Nam.

Want to know more about the PGS model?

The chronic overuse of dangerous and low-quality pesticides poses a risk for farmers and consumers. There is a rapid increase in demand for safe, organic vegetables that meet safety and hygiene standards. The Participatory Guarantee System can be used to ensure the quality of good food for people and the planet!

Over five years, the total cultivation area for vegetables and fruits grown under PGS increased from 4.7 hectares in 2017 to 233 hectares in 2021.

Based on these results, in 2018, Rikolto started a new collaboration with the Department of Crop Production and Plant Protection of Hanoi City (Hanoi PPD). The first PGS were established with 3 farmer organisations on 17.7 hectares. By 2021, the area successfully expanded to 1,901 hectares and 43 cooperatives covering 14% of the total safe vegetable production area of Hanoi city. 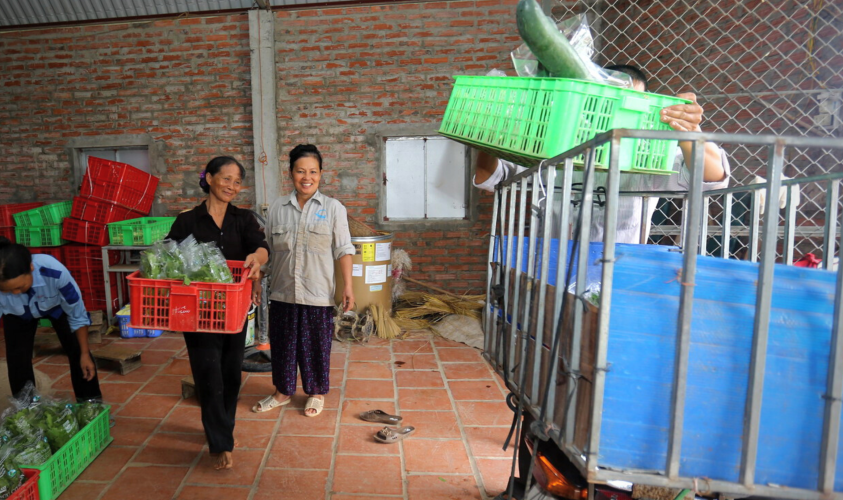 How did Hanoi leap from 4 hectares to 14% of its vegetable production area?

In Rikolto, connecting is at the heart of our work. Early on, we partnered with production and agriculture departments in each of our partner provinces. But not without running into obstacles.

Among the challenges was that PGS was not widely known compared to other quality assurance systems (e.g., VietGAP). Moreover, its contribution to a safer food supply was also not widespread among farmers or cooperative staff.

We had to face many difficulties, such as the limited capacities of the cooperatives’ management boards, and the low level of farmers’ awareness about PGS and of their commitment to tracking records. These led to the slow speed of replicating the PGS and struggles in maintaining the PGS model in Hanoi.”

In the meantime, market prices did not differ between certified safe and non-certified vegetables, reducing farmers’ motivation to pursue certification. 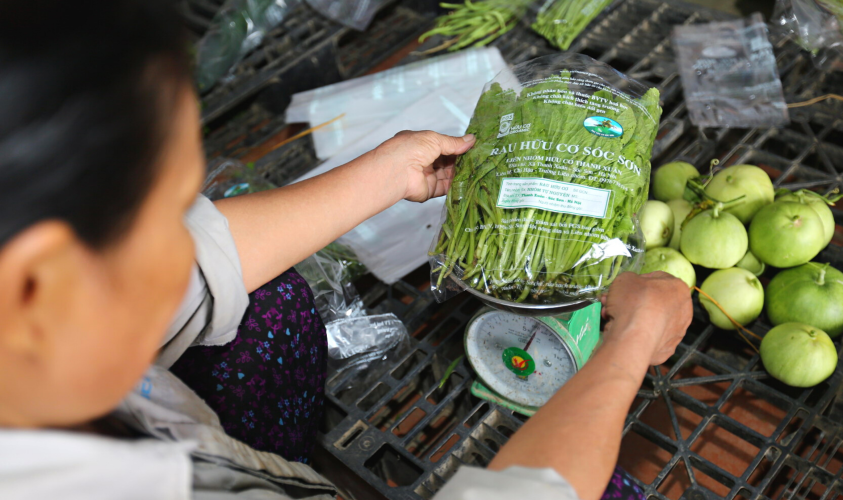 Vegetables grown under PGS were labeled.

To meet these challenges,

A key element in the PGS institutionalisation journey has been the documentation of each stage by Rikolto, the creation of spaces for knowledge exchange and hands-on visits to the cooperatives by local authorities, and the generation and dissemination of tailored evidence to increase awareness with the different stakeholders.

“During the journey fostering the institutionalisation of the PGS, Rikolto has accompanied the Hanoi PPD in providing technical instruction, coaching the execution, and piloting the models”

The work with the 13 initial organisations in the first stage of the project led to the production of diverse materials such as a manual and guidelines for the adoption of the PGS, that served to guide the implementation of PGS in Hanoi.

Out of the adoption and lobbying process in Hanoi, guidelines for PGS advocacy were also developed to further engage the other provinces.

The Hanoi PPD made the proposal to the governing body of the Hanoi Department of Agriculture and Rural Development to recognise PGS as the management system for safe vegetable production. From there it was possible to reach 43 cooperatives!

The recognition for Hanoi, Ha Nam, Da Nang and Vinh Phuc provinces meant that they received support from their government agricultural agency to implement and disseminate PGS in their localities. 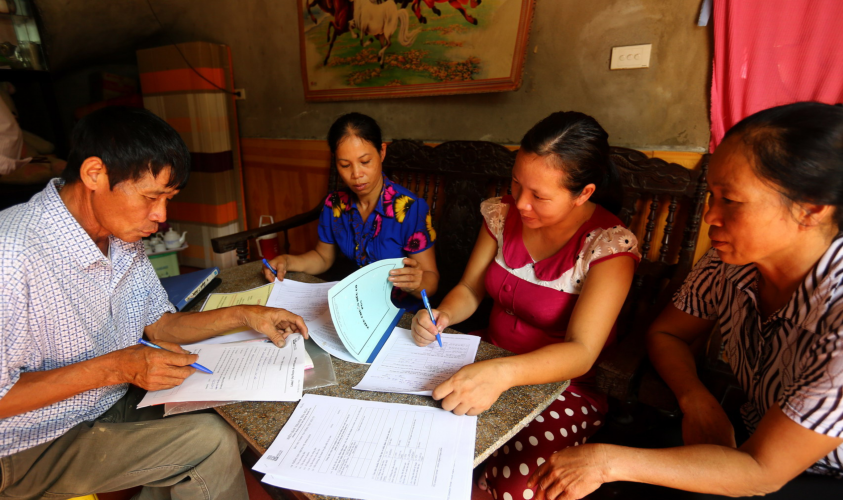 The case of Ha Nam: increased income with PGS

According to an efficiency assessment report conducted in Ha Nam in 2021, farmers increased their income from vegetable production using a PGS as compared to non-PGS-certified vegetables and other crops.

In Hanoi, the PPD set up a budget and action plan for the expansion of the PGS in the 43 cooperatives.

In Ha Nam and Vinh Phuc, the PGS cooperatives are prioritised for the selection of samples for testing the product quality control and analysis which are funded by the Government.

Looking for materials that can help guide your journey with PGS?:

2021 was the last year of our 5-year programme cycle and we did quite some harvesting this year!

We have been able to connect big amounts of farmers through their organisations with other actors in the food system.

Check out our interactive annual report!