Our message for the climate conference in Paris

Our message for the climate conference in Paris

On the first day of the Conference of Parties (COP) 21 in Paris, Belgium has been awarded the prize “Fossil of the Day” from environmental organizations. Because there was no agreement yet among the Flemish, Walloon and Brussels government on a common climate policy, the Belgium government failed to come up with a joint position at the start of COP 21.

As an organization that supports small farmers in developing countries, VECO argues that COP21 is an opportunity to the country and all parties to join the effort to tackle climate change.

Climate change has been affecting small farmers in developing countries where we work such as Congo, Ecuador, Indonesia, Peru, Tanzania, Vietnam, etc. 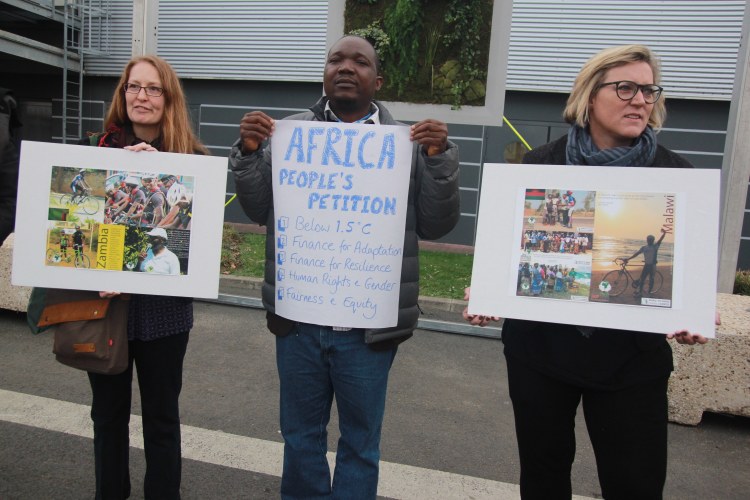 In Indonesia, for examples, coffee and cocoa farmers in Flores and Sulawesi have to postpone harvest time due to El Nino. This phenomenon already hit the country in 1994-1995 and 1997-1998. Recently, the worst drought in Indonesia in decade, is affecting about 111.000 hectares in the country.

In contrast, farmers in Peru are facing a different aspect of climate change. Normally, the have harvest season peaks during July – August. But now, due to early rain fall, farmers in Andes have to harvest earlier (in June), which results in lower yields. As harvest time shifts, their cash flow does so too. Many of them could not repay their debt to the bank.

We see similar things happening in Tanzania and the West African region. Climate change affected the water supply for small farmers in these countries. Vegetable farmers are facing a lack of water for their irrigation system. Moreover, global warming also affects the food supply for their livestock. No more water. No more grass. As animals die, the main income source of many small farmers fades away.

The list of dire consequences of climate change and the number of victims will increase dramatically if there is no substantive change during COP 21 in Paris on November 30th to December 12th 2015. Therefore, Vredeseilanden/VECO joins the global call for action.

We emphasize that a climate sensitive approach should be mainstreamed at every level of the food chain. The fight against climate change and poverty can and should go together by building resilience around critical sectors such as water, energy and agriculture.

As VECO/Vredeseilanden, we’re ready to do our part of the effort. We promote the integration of smallholders in domestic and international value chains. To reduce the climate impact of our food production and consumption, we focus on different aspects of the chain:

Implementation of agro-ecological principles and promotion of low carbon agriculture. We look for ways to reduce waste, especially post-harvest for carbon sequestration.

We strive to phase out the use of fossil fuels or non-renewable resources in chains and make a transition towards Energy Efficiency and Renewable Energy use in production, processing and transport.

We work hard to make chains shorter and more efficient. We primarily focus on local and regional markets to improve the livelihood of farmers.

On the end of the chain, consumers play a critical role to tackle climate change. Therefore, VECO/Vredeseilanden works in Belgium on a sustainable consumption program through sustainable catering to change consumption patterns. For example, by reducing meat consumption and reducing food waste.