The approval of the strategy by the Central American and the Dominican Republic Ministers of Agriculture in December 2021 is the result of a partnership between the SICACAO platform and the Executive Secretariat of the Central American Agricultural Council (SECAC), which is promoting the initiative with an action plan until 2025.

Learn more about the determination of these 8 countries to collaborate towards sustainable cocoa production in this article. 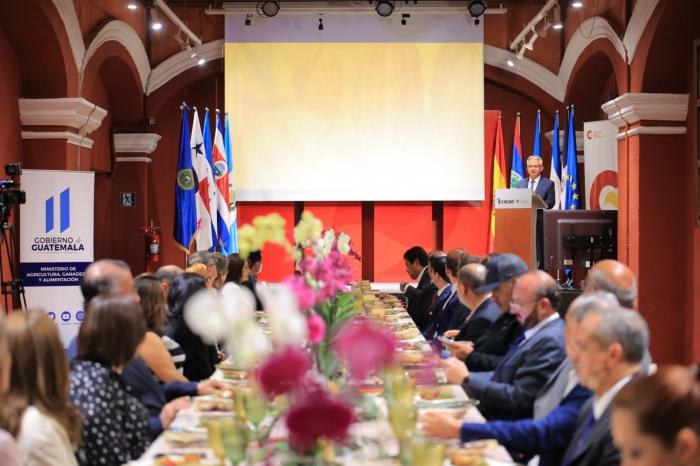 The presentation of the strategy and its implementation plan took place during the "Salon del Cacao y Chocolate", an event held from 30 November to 11 December in Guatemala City.

Today, the Central American region contributes between 1 and 2 % of world production, yet this is a sector with economic potential for the isthmus.

Nicaragua, for example, is classified by the ICCO as a producer of 80% of fine cocoa. This production is represented by 12,000 small-scale Nicaraguan cocoa producers who see this potential limited due to low yields on their plots, limited access to technologies or knowledge of quality improvement practices, as well as limited access to selected markets with fair prices and business models and policies that ensure economic, social and environmental sustainability in the subsector, just to name a few challenges.

Since 2016, through the project "Knowledge Management in the Cocoa Value Chain" funded by the Swiss Agency for Development Cooperation (SDC), Rikolto has been bringing together actors in the chain to facilitate the development of a common vision that promotes sustainability and competitiveness of the Central American cocoa subsector.

As a result, the Cocoa Committee of Central America and the Dominican Republic (SICACAO) was born in 2019. 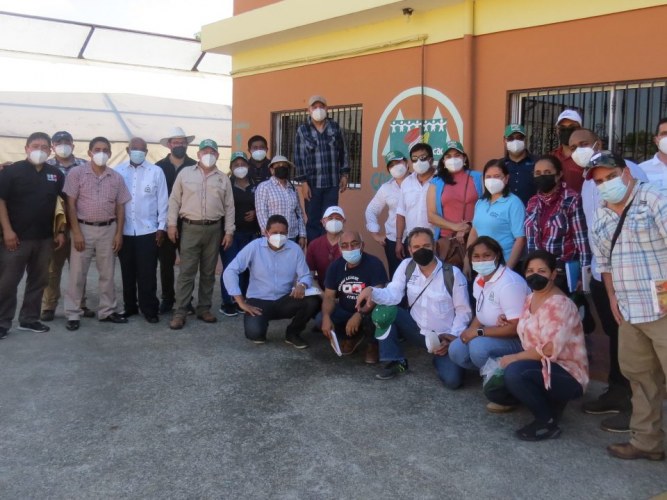 SICACAO members during a visit to a cocoa cooperative union Dominican Republic.

A strategy with extensive collaborative work behind it

Rikolto's role is to facilitate the platform. Ninoska Hurtado, the project coordinator from Rikolto, says that through the strategy, SICACAO members and representatives of public entities seek to promote the competitive and sustainable economic, social, cultural and environmental development of the subsector; and its 2022-2025 Plan already prioritises the first actions to be developed.

“Within the 6 points of the strategy, the promoting organisations highlighted as a key that the industry has a strong commitment to promoting generational change and gender equality across the cocoa chain,” she says.

The other 5 points include positioning cocoa in the most competitive markets; improving the quality of products and by-products; developing more skills and capacities; strengthening the governance of the cocoa sub-sector; and adapting to and tackling climate change.

“Within the 6 points of the strategy, the promoting organisations highlighted as a key that the industry has a strong commitment to promoting generational change and gender equality across the cocoa chain,” says Ninoska Hurtado of Rikolto.

At Rikolto we believe that solutions must come from a dialogue among everyone, and although this is easier said than done, we are committed to long-term change. 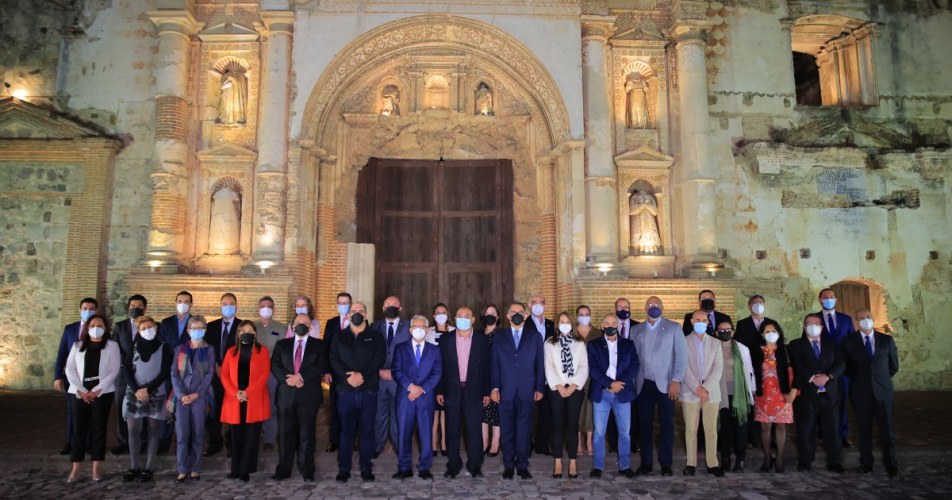 Ministers of Agriculture of the Central American Agricultural Council (CAC) during the launch event of the strategy for the cocoa sector. 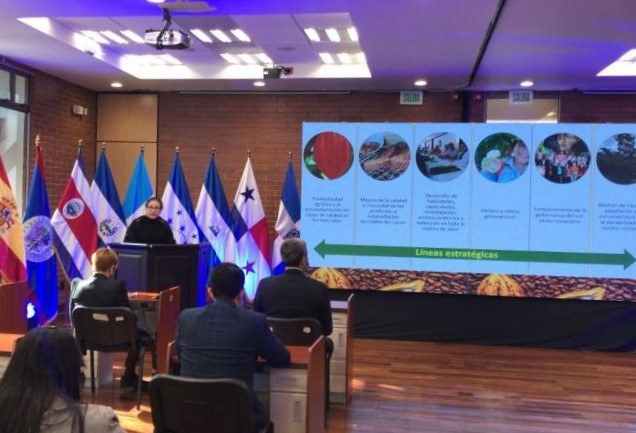 Ninoska presenting the strategy on behalf of SICACAO and SECAC to the Ministers of Agriculture.

Ninoska talks about Rikolto's role as a facilitator: “Our role is to share, collect situations and information and present them for discussion. Then stakeholders come to mutual agreements, make decisions and commit to concrete actions”.

Rikolto and SECAC coordinated the construction of the strategy with the participation of all SICACAO stakeholders, which is expected to guide the cocoa sector in the region towards the implementation of its plan.

Every year the cocoa industry worldwide grows, and with it, the demand for concrete measures to shift towards a sustainable sector, based on respect for human rights and biodiversity. An example is the latest draft law presented to the European Commission involvement with the demand that a list of products - including cocoa - entering the European market be free of deforestation and forest degradation. 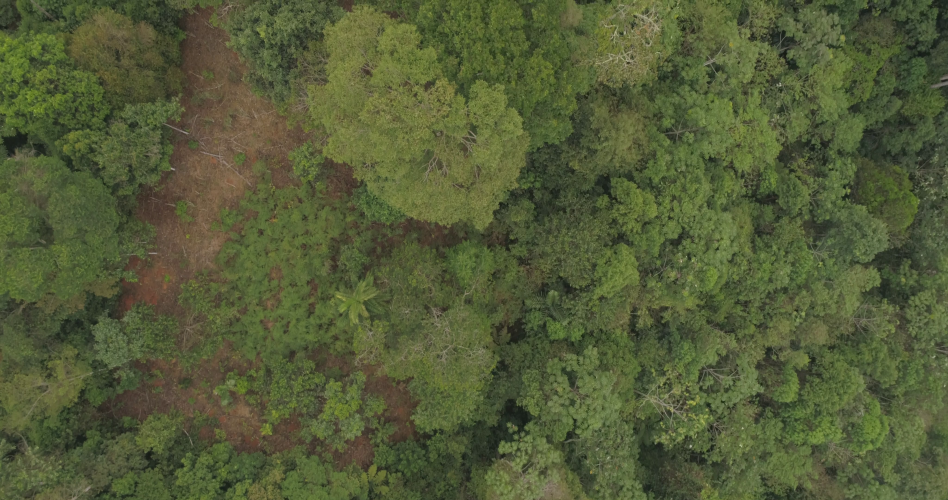 Read the latest article regards deforestation: To tackle deforestation, we collectively need to raise the bar.

"Central America has the agro-climatic conditions for cocoa cultivation, where more than a third of the region's surface area is suitable for cocoa cultivation, but only 11% of it is available. Ninety-five per cent of this land is in Nicaragua," said Francisco Lima, secretary-general of the Secretariat for Central American Economic Integration (SIECA), during the strategy launch event held in Guatemala last December.

This information is part of the studies carried out through the project. Agro-climatic maps to better guide farmers on which areas they should start working on mitigation and which areas to move towards.

As part of its knowledge exchange strategy, the project has formed two communities of practice (one on profitable agroforestry systems and one on inclusive business models). This information supports the partnerships to which the project is contributing with private companies and farmers' organisations to learn more about the implementation of agroforestry models. These are then shared throughout the SICACAO network.