80% of all globally consumed cassia (or cinnamon) is produced in Kerinci, West-Sumatra, Indonesia. At the time being, however, this cassia is not processed in Kerinci. The raw material is sold to traders in Padang, who sell it on to processors in Jakarta, Europe or the US. Those then sell it to the end-users. As a consequence no added value remains in the area where the cinnamon was produced. The price for cassia is extremely low, and many farmers give up on cultivating cassia. If no measures are taken, cinnamon threatens to disappear from the Kerinci district after 30 years. To strengthen the farmers’ position on the market and make them more equal to other chain players, it is important that farmers get organized, through a Cooperative for instance.

Cassia Co-op SCE, a European trading company based in the Netherlands, wants to change the current situation. PT Cassia Co-op, the Indonesian branch of Cassia Co-op SCE, is setting up a processing and trading business in Kerinci. Their aim is to create an economically healthy company, which respects the environment and improves the position of the farmers in the cassia supply chain – not only today, but also in the future. The organization is thus pleased to have obtained an organic and Rainforest Alliance certification at the end of 2012. The cinnamon will now be processed and packaged on site and a direct connection between farmers and end-users will be made. All of that to improve the farmers’ income and capacities. 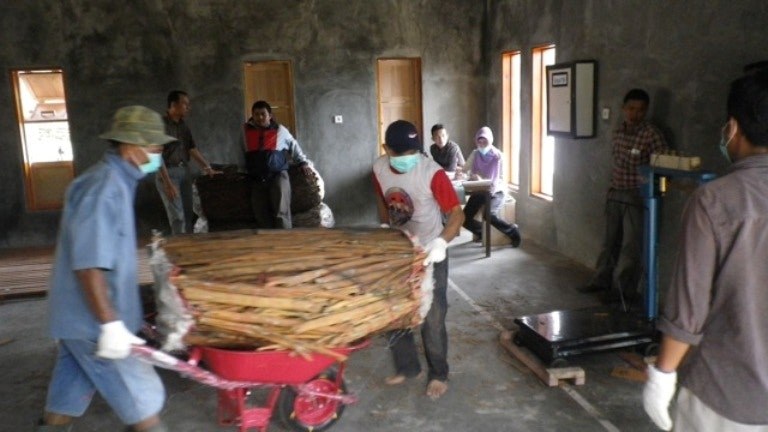 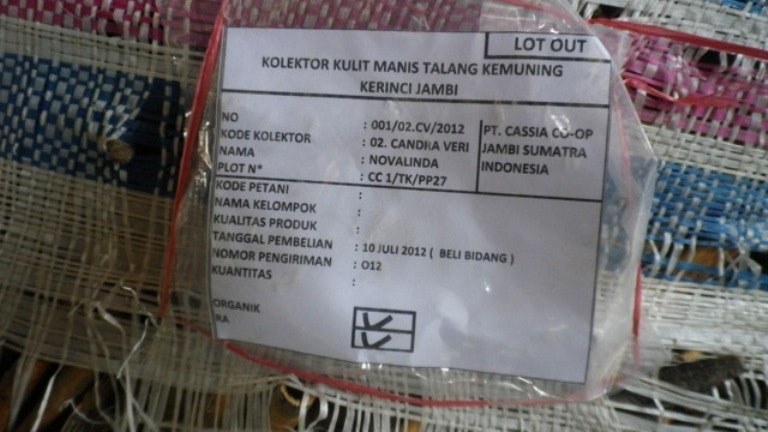 To reach this goal Cassia Co-op works together with several organizations and institutes. VECO Indonesia is one of Cassia Co-op’s NGO partners which have developed a 3-year program proposal to strengthen the existing farmers’ organizations and train the farmers. VECO, more specifically, coordinates the program which started end 2012. The aim is to support the farmers in organizing themselves in farmers’ organizations, and in setting up internal control systems for certification. By certifying the farmers, training them and organizing them, they are expected to earn an extra 500 Indonesian Rupiah per kg, plus a 3% share of the sales price of Cassia Co-op. These 2 bonuses imply a 15-20% income rise. Once the organizations are strong enough, the farmers could become shareholders of the company. That would bring along advantages for both parties. After all, through ownership of shares the farmer or farmers’ organization can influence company governance, negotiate price policies, share in the profit and get access to credit. For the company it is beneficial because it binds farmers to the company and because the delivering of good quality products becomes a shared goal and interest.