Locally grown chickpeas: to be or not to be? KIKET partnership goes on research.

Locally grown chickpeas: to be or not to be? KIKET partnership goes on research.

Together with ILVO, Inagro, three producers of chickpeas, three processors (Greenyard, Deldiche and Abinda), supermarket chain Delhaize and the NGO Rikolto, Arteveldehogeschool will investigate for two years how the chickpea grown in Flanders can become economically viable. The research project KIKET (unleashing the local cultivation of chickpeas) fits in with the so-called protein strategy of the Flemish government, which wants to make the production and consumption of proteins more sustainable and diverse.

After all, proteins are an important component of human and animal nutrition. We get them from meat, fish, eggs and dairy, but also from cereal products, legumes and nuts. Because the current model of protein production and consumption is under pressure worldwide, due to challenges such as food security, health and environmental impact, the Flemish government has allocated 3.5 million euros to realise its protein strategy.

"The objective of the Green Deal protein shift is to change the ratio of animal versus plant proteins on our plates from 60/40 to 40/60." 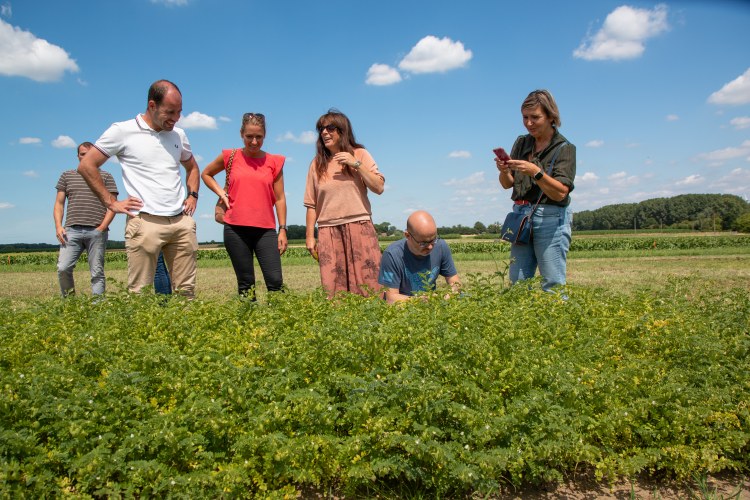 On 8 July, Arteveldehogeschool together with the KIKET-partners went to farmer Thomas Truyen to visit the field with locally sown chickpeas. "Whereas last year's crop largely failed due to the wet summer, this year we seem to be heading for a good harvest. These local chickpeas will then be processed into local chickpea products via Greenyard, the ILVO FoodPilot, Abinda and Deldiche. Delhaize will then investigate how customers react to this in a number of supermarkets. With KIKET, we want to investigate very concretely the willingness of the chain and the consumer to switch to a Flemish chickpea', continues Lievens.

"We are also mapping out the different applications of both chickpeas and the residual flows. For example, aquafaba, the cooking liquid from chickpeas, can serve as a protein substitute. And in the meantime, besides hummus and falafel, there is also chickpea flour, chips, biscuits, pasta and drinks. Given the popularity of the products, the demand for chickpeas is rising."

"Today, we import the originally Mediterranean legume largely from France, Canada, Turkey and Spain. By investigating whether cultivation and processing can be profitable in Flanders, we are helping to build a more sustainable chain." 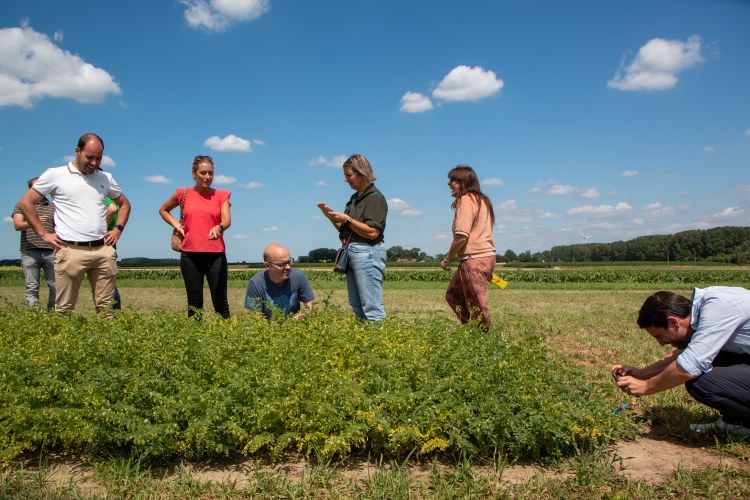 Farmers Thomas Truyen, Felix de Bousies and Ivar Van Dorst, are joining the research project. "Due to the increased demand for meat and dairy substitutes, the market for protein alternatives such as chickpeas is growing strongly," says Truyen. 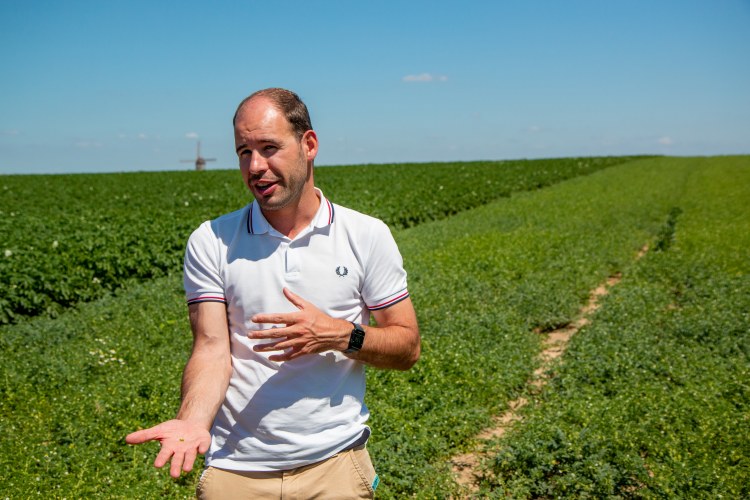 "But today, the cost price of locally grown chickpea is significantly higher than the world market price. That is partly because we only grow chickpeas on a very small scale in Flanders. We therefore need to expand and this research examines exactly how large that scale should be. The production must also be able to follow the rising demand."

Thomas Truyen from Peas and Beans

Experiments from countries like the Netherlands, Germany, the United Kingdom and Austria prove that local cultivation can be successful. This has a lot to do with global warming. ILVO and Inagro are also working on a breeding programme, but that is a long process.

So there is still a lot of research work to be done. But according to Truyen, there is also demand on the supply side of the chain. "The advantage of chickpeas is that farmers can switch over with very little investment. The machines used in the cultivation of grain can be used perfectly for the cultivation of chickpeas. Moreover, chickpea has advantages in terms of biodiversity, as the plant attracts various useful insects."

Do you want to know more about this project? Feel free to contact