in News
A way towards a living income for Ghanaian cocoa farmers
This news is part of the following focus area:

The 'super fair-trade chocolate' Way to Go! that Lidl Belgium, Rikolto, Fairtrade Belgium and Kuapa Kokoo launched last year will also be sold in 2,000 stores in Germany, the United Kingdom and the Netherlands this year. The ambition is to sell the chocolate all over Europe. "The fact that Way To Go! can be sold on such a large scale is an immense step forward on the road to a living income for one thousand farmers in Ghana," says Abdulahi Aliyu of Rikolto.

Lidl Belgium has of course been selling "classic" fair trade chocolate for a long time, but with this collaboration a new step is taken towards transparency and socio-economic impact. Through the sale of the Way to Go! tablets, the supermarket pays cocoa farmers an extra premium on top of the minimum price and the Fairtrade premium that is invested directly in projects on the ground. This is how the concept of "Living Income" is put into practice. 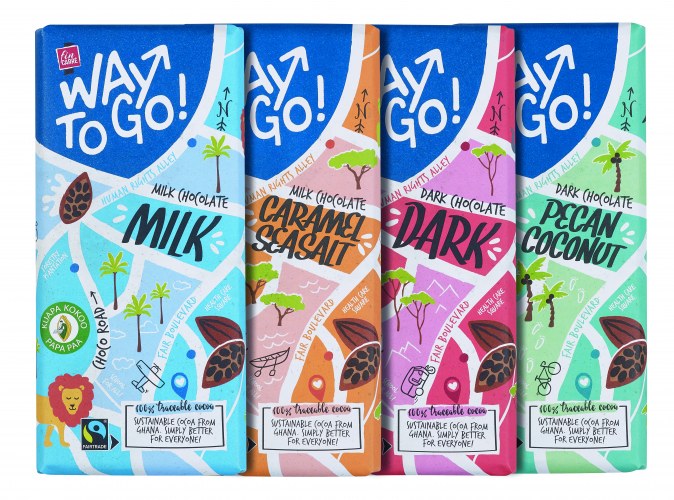 Belgian consumers sure seem to like the Way To Go! chocolate bars. In just a few months, 60 tonnes of chocolate has already been sold in Belgium. This required some 42.4 tonnes of cocoa beans, or some 649 bags of beans directly from the cocoa farmer. But Lidl Belgium is ready to take the next step.

In order to make a difference on a larger scale, it wants to expand its market and convince other countries to sell Way To Go! Lidl Netherlands was convinced from the start, which immediately extended the scope of the project. Germany and the United Kingdom also recently put Way to Go! tablets on their shelves.

This has a positive impact on the cocoa farmers. At the start Lidl directly supported 440 farmers from Ghana with Way To Go! Because of the success of the project and the enthusiasm of the cocoa farmers, the supermarket chain now reaches a total of 1,000 farmers. That number will only increase in the coming months, given the ambition to further expand to all other Lidl branches in Europe.

The fact that this chocolate can now be sold on such a large scale is an immense step forward on the road to a sustainable cocoa chain. Together with Lidl, Kuapa Kokoo and Fairtrade, we support farmers to start up other economic activities besides cocoa, such as the rice production, honey and soap, to supplement their cocoa farming.

On the other hand, we guide farmers to professionalise their harvesting techniques. "This way, farmers can get a considerably higher yield from their production. Both projects are possible thanks to the additional premium and should lead to a significant increase in cocoa farmers' incomes in a short period of time and thus help them out of poverty".

We are proud that we can now roll out this Belgian idea at a European level and increase the impact on cocoa farmers. Way to Go! is a concrete realisation of our long-term commitment to make all chocolate in our stores meet these standards.

The idea of selling the Way to Go! chocolate to support hundreds of cocoa farmers was conceived by the experts of the purchasing and sustainability departments at Lidl Belgium. This initiative is part of Lidl's strategy to make its assortment ten percent more sustainable every year.

"We are proud that we can now roll out this Belgian idea at a European level and increase the impact on cocoa farmers," says Philippe Weiler, head of sustainability at Lidl. "This project is also fully in line with our sustainability strategy and directly contributes to the 'Beyond Chocolate' charter that Lidl co-signed". In this charter, the Belgian chocolate sector commits itself to produce 100% sustainable chocolate by 2025 and to provide a living income for all cocoa farmers by 2030. "Way to Go! is Lidl Belgium's answer to Beyond Chocolate. It is a concrete realisation of our commitment; in the long run all chocolate will have to meet these standards". 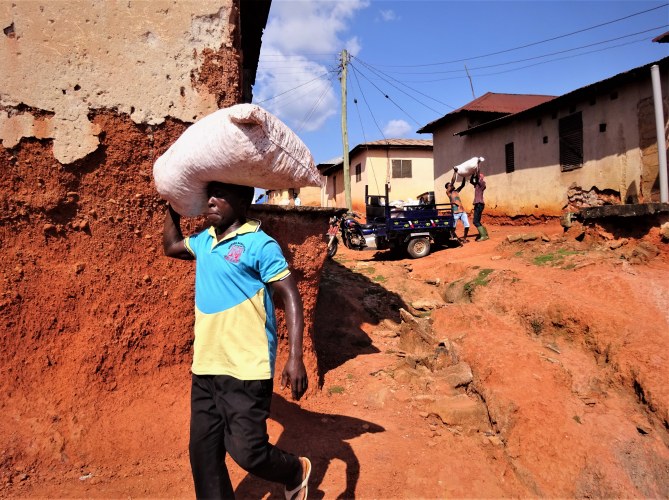 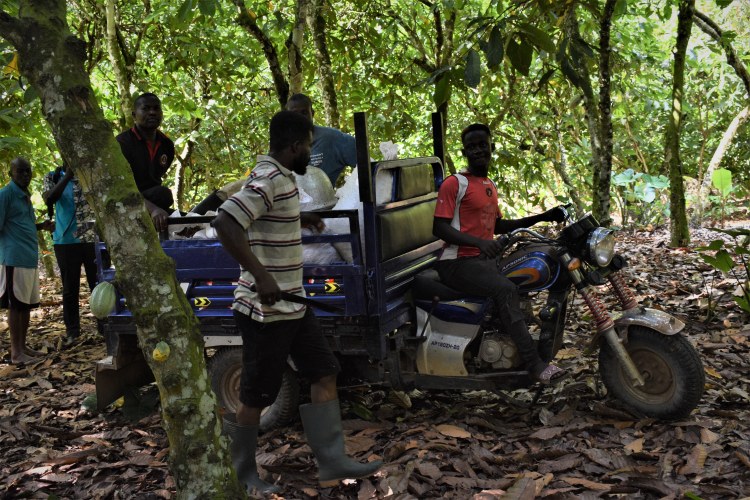 Transporting the fermented beans from the field to the village for drying. © KKFU/Fairtrade 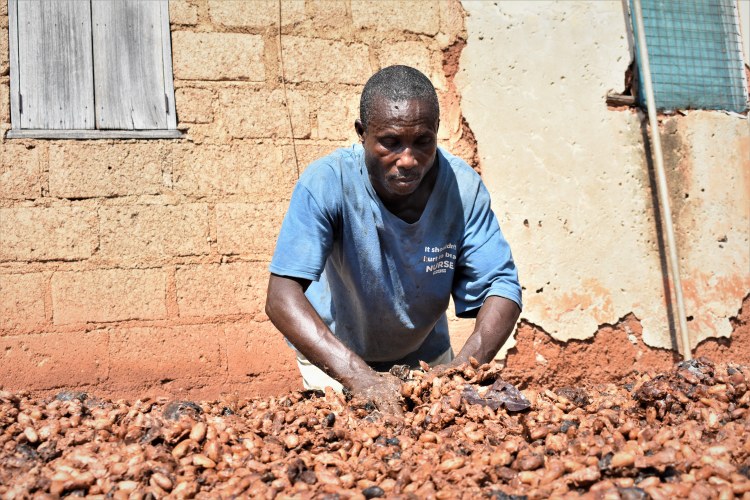 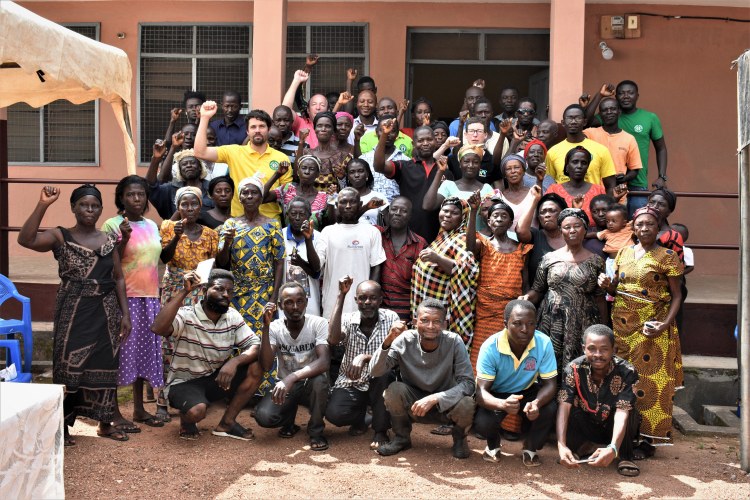 In 2019 Lidl already became the largest Fairtrade retailer in Belgium. In 2019 the retailer generated 779,000 euros of Fairtrade premium in Belgium alone - an amount paid to producer organisations on top of the guaranteed minimum purchase price of the product - of which 47% went to banana growers and 45% to cocoa farmers.

Nicolas Lambert, director of Fairtrade Belgium, is delighted with the new leap Lidl is now taking thanks to the commitment of the Belgian sustainability team. "We can only applaud such far-reaching initiatives as 'Way to Go!'. Lidl demonstrates that it is perfectly possible to bring a successful product to the market with particularly high ambitions in the area of sustainability. That makes a big difference and helps cocoa farmers to invest in their own development plans: sustainable agricultural practices, access to education and health care, etc."

The Way to Go! chocolate is for sale at 1.99 euros and is available in four different flavours (to be expanded soon): milk, pure, caramel sea salt and pecan-coconut.