Jessica: leadership cultivated from the grassroots up

Jessica: leadership cultivated from the grassroots up

"Cocoa is a tradition in my family. This plot is our heritage", says Jessica Granillo, a third-generation cocoa producer, mother and community leader at “La Fortaleza” a farmer organisation in Manabí, Ecuador, of which she has been a member since 2011.

Jessica grew up among cocoa plantations and always wondered why, when there were women in production, there were not many women leaders in her organisation. "I believe that women are indispensable in organisational life," she says. "Since I started to be active in my base (of the cooperative), I wanted to move up. Then I could do more things and include other women producers." Her motivation took her a long way. 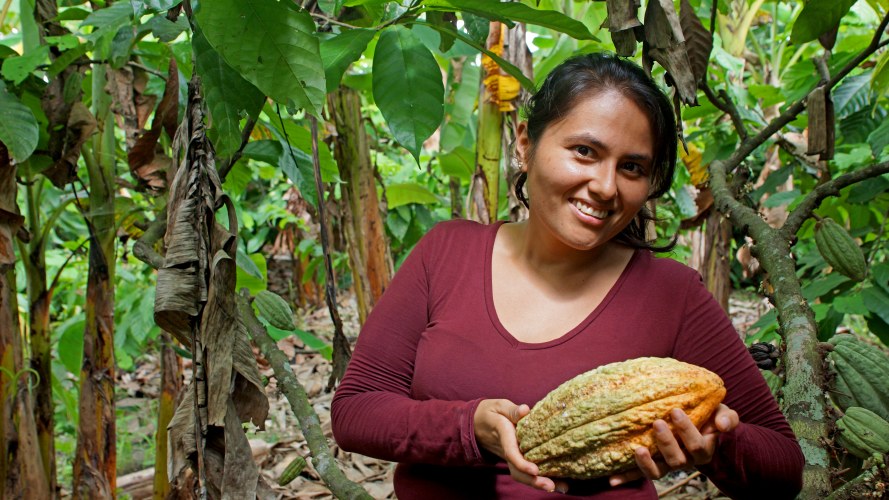 In 2016, Jessica became secretary of the La Fortaleza Council. From there she did not stop until she assumed the presidency in 2018, a role she continues to this day. During these years she has been an active promoter of the involvement of women and young people at the grassroots level and in the Fortaleza del Valle, an organisation that brings together first-grade agricultural organisations, including her own.

At La Fortaleza, Rikolto’s accompaniment attracted the attention of women and young people who, like Jessica, wanted an opportunity to develop as leaders and technical knowledge to help renew the business. How does she see her future and that of the organisation with more women leaders? How is the leadership of women and young people cultivated in the Corporation? We tell you about it below.

"With social, economic and organisational inclusion, more work is generated for women and young people like me", Jessica thinks based on her experience.

In 2016, Fortaleza del Valle had no young people or women in its decision-making bodies, and both types of members were scarce. That is why, after that year, the Corporation reinforced its training offer and restructured its statutes in favour of their involvement in spaces such as the Assembly. Jessica was part of the first generation of young people to enjoy these benefits. "Being part of the decision-making spaces was a great boost," she recalls. Later, she applied to be part of the Corporation's technical team.

Opportunities at Fortaleza del Valle grew. They supported entrepreneurship, participation in fairs, training in production, post-harvest and quality issues, but also in parliamentary issues, communication and rights to nurture leaders like Jessica who wanted to go beyond the plot of land.

"I was happy to be part of the proposal, in an organisation that was open to renewal. (...) As an associate, I was part of workshops, and today I organise them".

From 2016 to 2019, Rikolto and Fortaleza del Valle, with the support of the Development Bank of Latin America (CAF) and the Belgian Cooperation, promoted various opportunities for women and young people like Jessica, inviting them to take an active role in the organisation. 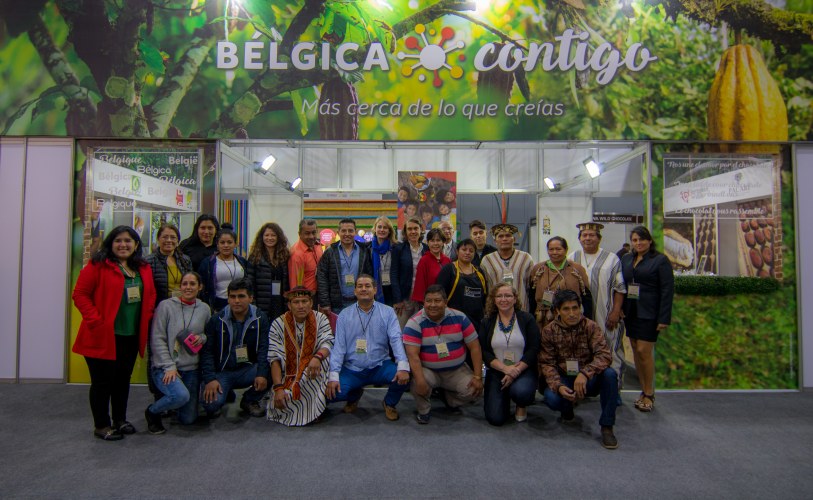 In the commercial field, the young people attended internships and international fairs, enriching their participation in the Corporation through the project. Image: Jessica in a Peruvian-Ecuadorian delegation for the 2019 Cocoa and Chocolate Show.

A training offer to empower leadership

Jessica believes that a comprehensive organisation is a key to cultivating leadership in young people and women of the Corporation and its grassroots. One of the things she has been promoting since 2019 is the Fortaleza del Valle Sustainable Food System School, an initiative in alliance with three other grassroots organisations of the Corporation.

"We want to train young people and women from many perspectives, not just about organic farming. We teach about political economy, gender, law, agroecology, leadership, creativity, finance and more. My role as a leader is to promote the idea that more people can learn (...) The school has allowed me to unite more women, men and youth in responsible and organic farming."

The School to which Jessica refers is a committee organised by the young people and women of Fortaleza del Valle themselves, which is complemented by training in various technical subjects thanks to the support of the Maximising Opportunities for Coffee and Cocoa in the Americas programme and the Cacao Móvil initiative. This gives producers access to a set of technological tools (App, platform) and content validated by experts and at the international level (guides, modules, etc).

Since 2019, Rikolto has been supporting the implementation of this comprehensive training offer thanks to funding from the Belgian Cooperation and the USDA through the MOCCA programme led by Technoserve and Lutheran World Relief. Thanks to this programme, producers in Manabí now have access to training in pruning management, propagation, pest management, good harvesting practices, organic and GAP certification, post-harvest management, agroforestry systems, empowerment and governance.

"Since 2016, training, the promotion of productive enterprises, the participation of young people in decision-making spaces and their insertion in the organisational structure were part of the work to attract young people, promoting leadership like Jessica's," explains Cueva. Thus, starting in 2019, the MOCCA programme will work with young people and women already integrated into the group of producers and the technical team.

Jessica says that the partners themselves notice how the young people are starting to manage cocoa differently, starting with pruning and grafting to renew old plantations. This recognition is both a motivation and an opportunity to integrate new talents into their grassroots work:

"We want the kids to succeed in making this also an enterprise, and for them not to leave. The first project is the 70-year-old cocoa nursery, and now they have a nursery with 30,000 plants. We hope that they will graft them with the old cocoa to recover their genetics, which is resistant to climate and bacteria. (...) We want to reinforce the sense of partnership. In partnership, we gain opportunities".

The young woman is a double ally because she is part of the network of technical promoters of the training provided with Cacao Móvil on the management of virtual platforms (Cacao Móvil and ODK Apps), budgets, follow-up and monitoring of participants in the workshops provided to renovate the farms. In this training, which was kept online due to the COVID-19 pandemic, the majority are usually women.

"One of my biggest dreams is that young people become passionate about improving their farms. Not only to ensure their productivity but concerning their environmentally sustainable treatment. I want them to be promoters and agents of change for the rest of the partners. I want them to bring new proposals to other areas needed in the different associations," says Granillo. 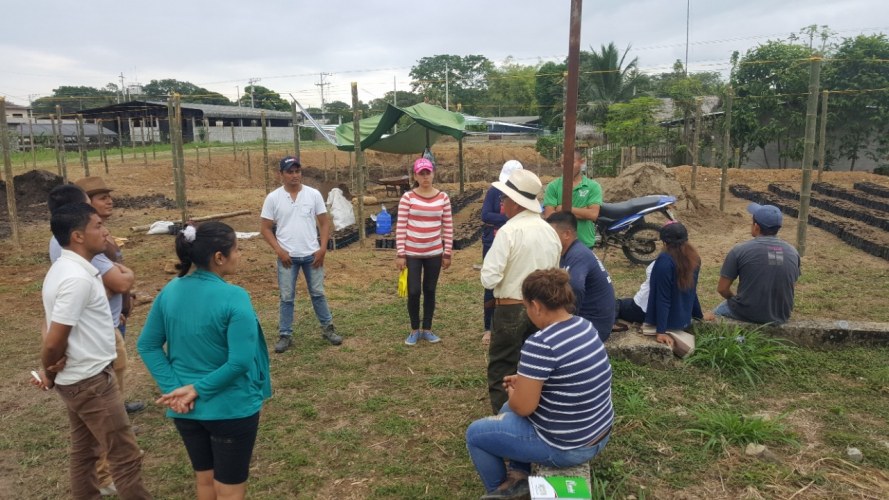 Empowerment for the chain

In Fortaleza del Valle, the new generations are involved from the technical-administrative level to the decision-making level. José Luis explains that women and young people are already part of the Assembly, the board of directors of grassroots organisations and technical teams; and he considers that a process of empowerment is taking place that is enhanced by the project and led by young people like Jessica. "The Corporation has involved young people and women in national processes, such as the structuring of the Cocoa Competitive Improvement Plan, at the invitation of the Ministry of Agriculture and Livestock. It has become a reference for the Ecuadorian coast and the country."

With this objective in mind, today, with the support of the Belgian Cooperation and the MOCCA programme, Rikolto in Ecuador generates conditions and facilitates access to comprehensive training that attracts and retains young producer partners and producers like Jessica:

"My dream is that more young women join as partners of Fortaleza del Valle and cultivate their leadership and production as I did; to achieve a solid technical team, of both sexes, made up of young people". 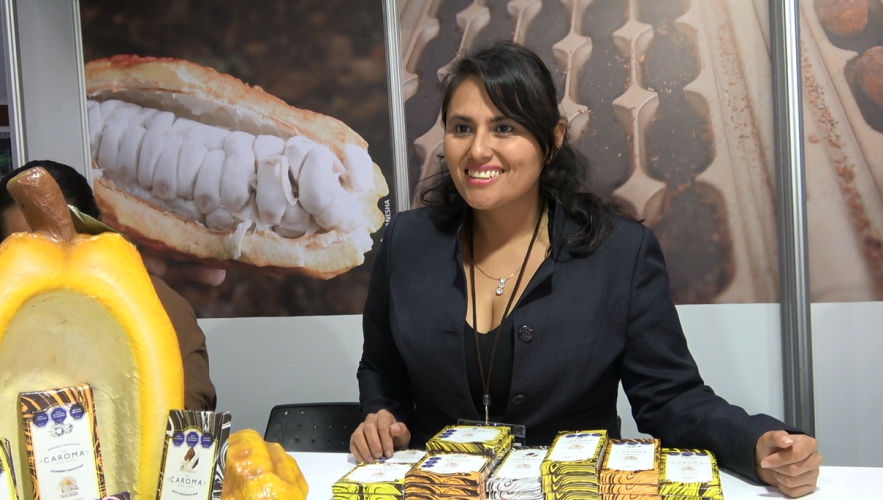 Do you want to know more about this project? Contact: