in Insights
This news is part of the following focus areas:
Analy Baltodano
International Communications Intern
analy.baltodano [at] rikolto.org

We are running two races these days. There is the coronavirus pandemic which is flooding our societies and bringing our lives and economies to a halt and then there’s climate change. These are intrinsically connected symptoms of a globalised world. Both pose extremely difficult questions and challenges for every single person on this planet. But some will get hit harder and/or sooner than others.

Heleen Schockaert, a master’s student in International Politics at the University of Ghent, researched the challenges smallholder coffee and cocoa farmers will come across in a changing climate.

The focus was on the regions where Rikolto operates, that is different parts of Latin America, East and West Africa, and South-East Asia. 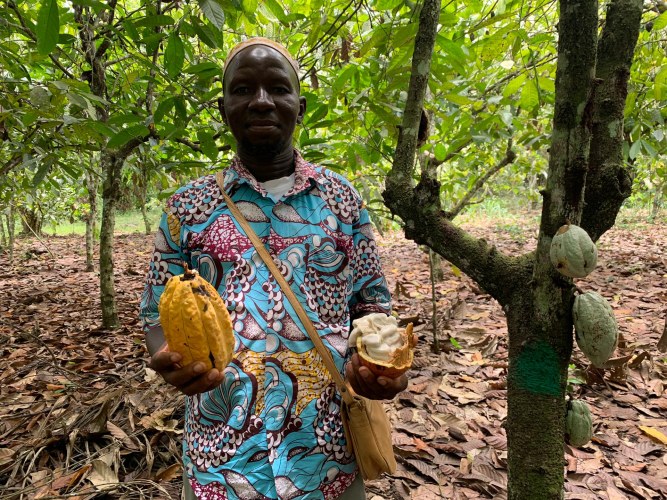 Heleen, how did you go about your research?

I started by analysing specific production and climate data for the focus regions, and after that I looked at the socio-economic conditions that smallholder cocoa and coffee farmers face. By looking at how agroclimatic conditions are expected to change, we can get an idea of the challenges that smallholder farmers will come across in the future.

These scientific projections are also key in determining the most appropriate cost-efficient and region-specific adaptation and mitigation strategies. It is important to recognise that the longer we wait to adapt and mitigate the less strategic choices there will be left to make.

Rikolto supports coffee and cocoa projects, both of which are concentrated around the Equator, but for each region, the specific challenges that climate change poses to local cultivation will have to be examined to determine the most effective and efficient adaptation, mitigation and support mechanisms.

These strategies can help mitigate risks associated with the changing general climate conditions, and in this way a resilient and sustainable agricultural structure can be created. A good strategy starts with adequate data. 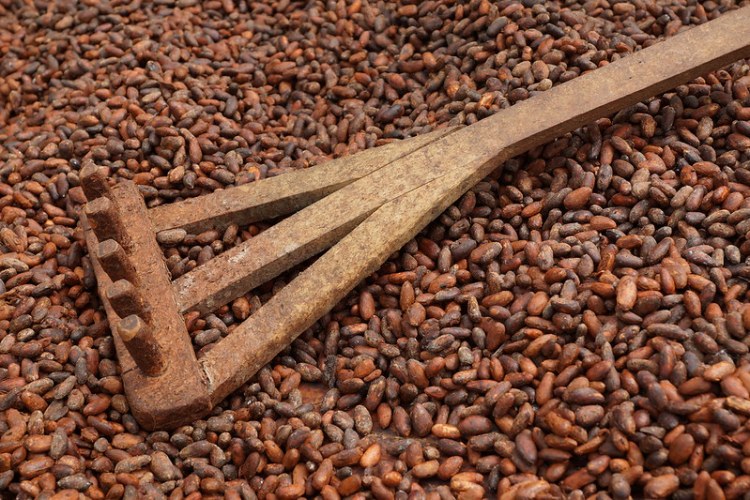 Which finding struck you most?

The fact that each region has its own obstacles and difficulties to overcome and apart from all this, farmers must also be concerned about the imminent consequences that climate change will have on the way they plant and manage their crops, as well as how this will directly affect their lives and income.

What are the most urgent steps to take?

The effects of climate change on cocoa and coffee cultivation will be region-specific and therefore need to be thoroughly researched in as much detail as possible. Most coffee and cocoa growing areas will suffer climatic shifts or climate-related challenges one way or another. Increasing resilience to climatic shifts is very much needed for all small-scale cocoa and coffee farmers and the households who depend on the income they generate.

In some areas adaptation strategies will make it possible to keep on growing these crops. In some cases, systemic transformation, such as improved soil management, optimisation of fertilisation, and working with other, more resistant varieties of trees will be necessary. In other areas some farmers may have to give up on growing cocoa and coffee altogether. 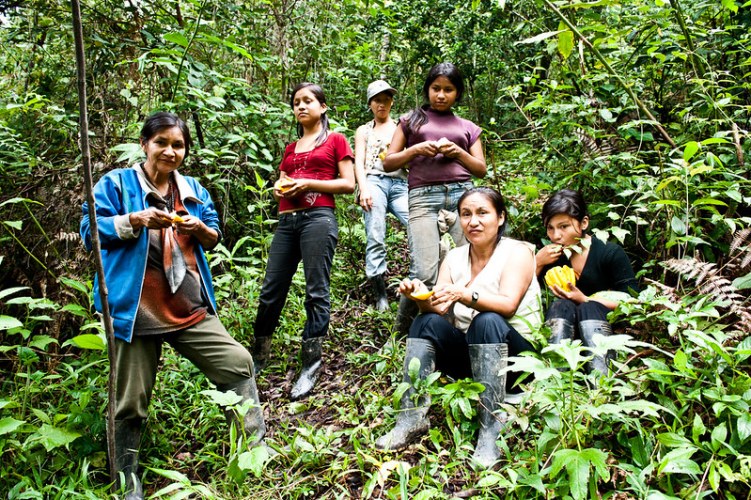 The effects of climate change on cocoa and coffee cultivation will be region-specific and therefore need to be thoroughly researched in as much detail as possible. Picture.Tim de Weerdt

Which global patterns were you able to identify for cocoa?

For cocoa, the key factors for optimal growth are rainfall, sustainable soil maintenance and shadow – that is why agroforestry is so interesting. Agroforestry techniques add to the overall resilience of cocoa farms and the households themselves, while simultaneously performing carbon capture to mitigate climate change. 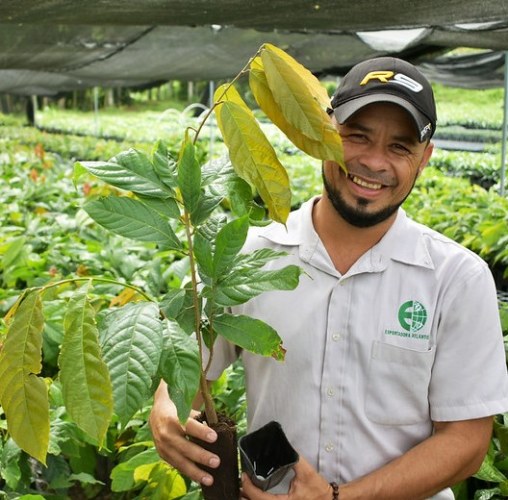 Want to learn more about Agroforestry?

Dynamic Successional Agroforestry Systems (DAF) are production systems where cocoa cultivation is managed under agroforestry systems in association with other crops in order to produce nutritious food and at the same time improve the fertility of the soil with nitrogen fixatives, through legumes. The success of this form of production is that it combines forestry species, fruit trees, agricultural plantations, fodder crops, ornamental plants, medicinal plants, mussels, legumes and others.

My research found that in all the cocoa growing regions a decrease in suitability will occur by 2050, though none of the regions will become completely unsuitable. The most resilient areas are those on the edge of wooded land, which highlights the importance of the protection of forests. Central and South America, West Africa and South Asia will be worst off according to the scenario considered in the study. West Africa will probably be hit the hardest. The Caribbean, Central and East Africa and South-East Asia are likely to benefit from climate change.

As far as coffee is concerned, temperature, rainfall and soil composition determine the success of coffee production. Arabica is extremely sensitive to increased temperatures and humidity, which increase the risk of disease and moulds. On the other hand, robusta coffee is slightly more resistant to increases in temperature. This variety is more sensitive to cold, however.

My research found that in all the cocoa growing regions a decrease in suitability will occur by 2050, though none of the regions will become completely unsuitable. 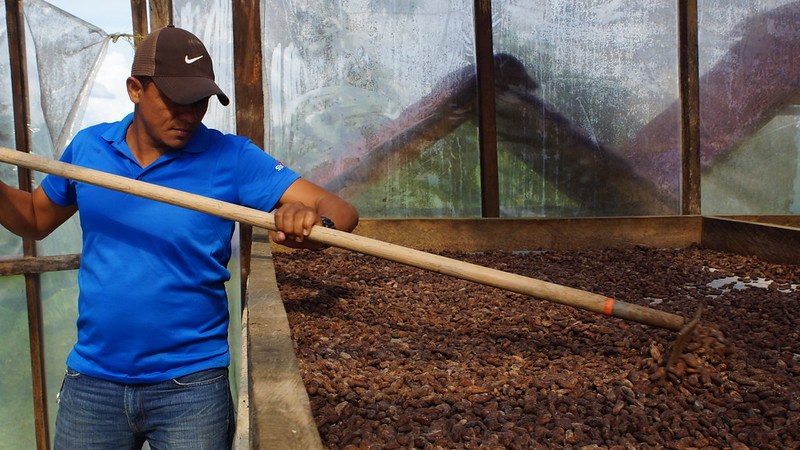 Now, focusing more on the different regions where coffee and cocoa are grown, what will be some of the impacts?

Well, it is very much crop and area specific. For instance, in Central America, changing weather patterns have already had disastrous effects on cocoa growing cycles. This region is expected to lose 40% of suitable land for coffee cultivation by 2050. Under this scenario, farmers with plots at lower altitudes are the most vulnerable. Also when it comes to coffee, the impact of climate change can already be felt on the ground. It affects flowering, maturation and fruiting.

A problem with coffee cultivation in Central America is that monoculture or single-crop farming is still much more common. There is a need for more diversification and agroforestry.

West Africa, which accounts for the world's largest share of cocoa production, is unfortunately is also characterised by monoculture and deforestation. Given the high dependence of the economies of Côte d'Ivoire and Ghana on the production of cocoa, the high level of unpredictability of the effects of climate change come with many risks for the entire population.

The biggest difficulties are expected to arise in the forest-savannah transition zone within both Côte d’Ivoire and Ghana. For many areas planting lots of shade trees, reversing deforestation and climate smart agricultural practices will bring some relief. Other areas will become completely unsuitable and will have to switch to other crops or see plots abandoned altogether. The danger is that a shift towards the South, West and East of the current West African cocoa belt could cause new deforestation waves. 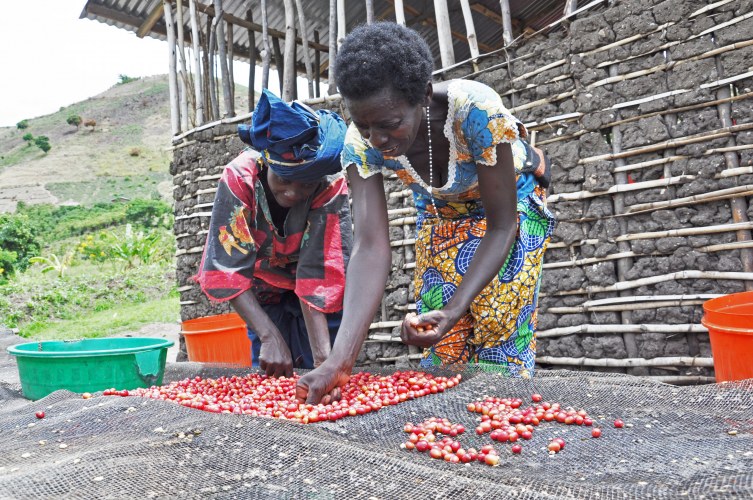 Also in Ecuador, Peru, the Democratic Republic of Congo and Indonesia there are similar situations when it comes to climatic conditions. Since all projections come with some degree of uncertainty, increasing the overall resilience of cocoa and coffee farming communities is important.

Will coffee and cocoa farmers’ lives be affected by all these changes?

Absolutely. Some farmers might have to leave cocoa or coffee production behind and seek another source of income.

In Central America, for instance, due to declining yields and political unrest, growing numbers of farmers have been trying to migrate to other countries in recent years. Other farmers might shift from coffee, which is considered more vulnerable, to cocoa. This is already happening in Peru. And for the Democratic Republic of Congo, corruption is the main concern, since it seeps through to several fake cooperatives in the coffee sector that keep farmers in a subordinate position. Also access to financial resources remains problematic since there are high interest rates and unstable management by banks. Overall, there is a need for better access to data on the expected effects of climate change for the region. Farmers need to be convinced that their investments in adaptation strategies will not be in vain. 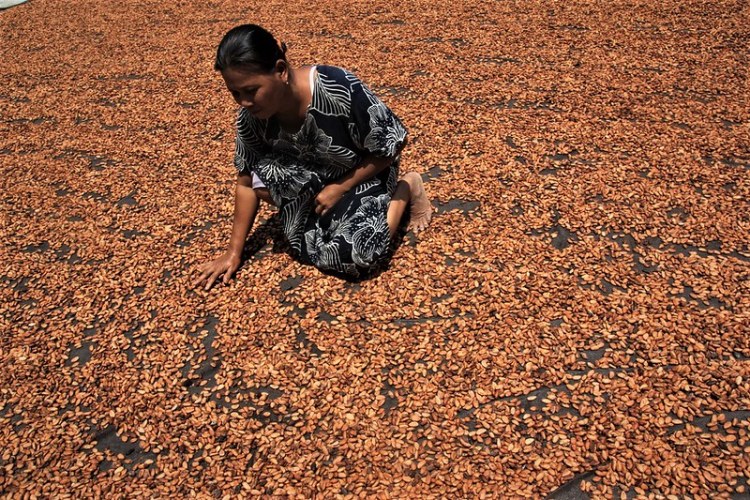 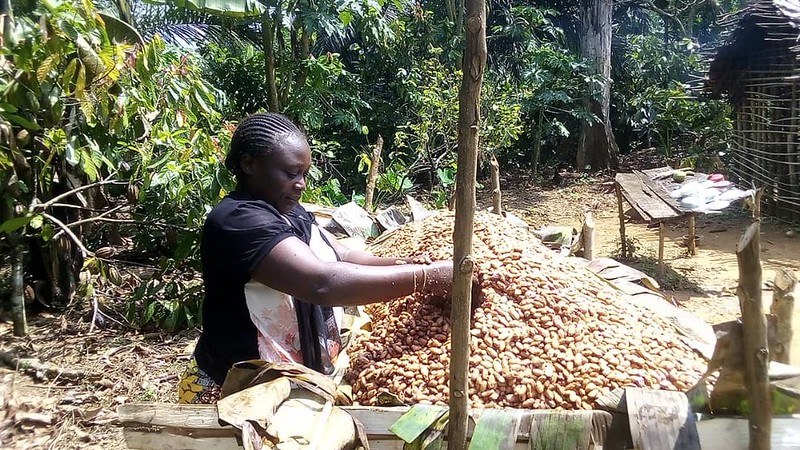 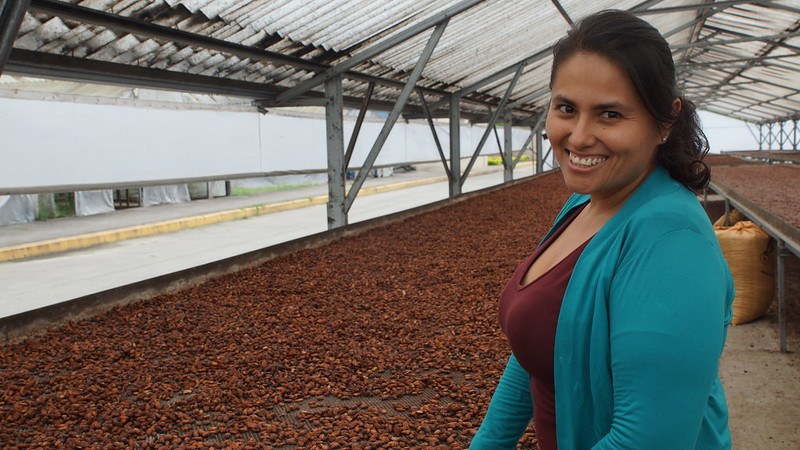 Which steps can be taken to move forward?

The challenges cocoa and coffee farmers face are significant, but challenges arise at every step within the supply chain, from producer to consumer. Both risks and profits need to be better spread out to make the chain resilient to a future in which the climate threatens to become a few degrees warmer.

Farmers, food companies, governments and supermarkets will have to work together differently. NGOs and public-private partnerships are emerging in the different regions to safeguard future production. Farmers are supported in learning business and management techniques, applying sustainable mitigation and adaptation techniques, encouraging youth and women participation in the organisations and sharing good agricultural practices between themselves.

Companies such as Starbucks and Lavazza recognise that climate change is affecting the supply of coffee. This offers considerable potential, because measures towards climate-smart agriculture may reduce emissions while simultaneously improving farmers’ livelihoods. Also Belgian cocoa buyers’ mindsets are changing. Consider Beyond Chocolate: the aim of the charter is to move towards 100% sustainably produced chocolate by 2025 (no deforestation, no child labour) and to ensure a living income for all cocoa farmers whose cocoa and chocolate are traded and produced in Belgium by 2030. Many different stakeholders have signed the charter, including retailers such as Delhaize, Aldi, Lidl, Carrefour and Colruyt Group, but also universities, trade unions and NGOs like Rikolto.

Can you share one last concluding thought from your research with us?

Climate change will not take place in a straightforward, orderly fashion. A warming world is a more erratic, less predictable one, characterised by more frequent and intense weather events, such as torrential downpours and droughts, as well as long-term climatic shifts.

Adaptation and mitigation strategies always come with a cost. Furthermore, they require the capacities to make long term plans. Socio-economic difficulties pose their own challenges, often hindering farmers from accessing the means and capacities needed to adopt resilient agricultural practices.

Improving the livelihoods of small-scale farmers and their resilience to climate change will require collaboration between different actors and stakeholders within the cocoa and coffee value chains. Since a chain is only as strong as its weakest link, it is important that every stakeholder in it takes good care of any other stakeholder within that chain. Doing this is essential for building a truly sustainable chain.