50 inspectors of organic certification from 12 cocoa cooperatives in Honduras improved their capacities on the standards and certification processes in this system - contributing to their capacity to stay in the fair trade market, and allowing them to access better prices from chocolate companies such as Chocolats Halba.

In recent years, as a result of the demand from the Swiss company Chocolats Halba (CH), the production of organic cocoa in Honduras has increased.

This demand is mostly supplied by producers from organisations that have adopted this system in the departments of Gracias a Dios, Olancho, Colón, Atlántida, Cortés, Yoro, Santa Bárbara and Olancho, covering around 1,600 hectares of cocoa under this production system. 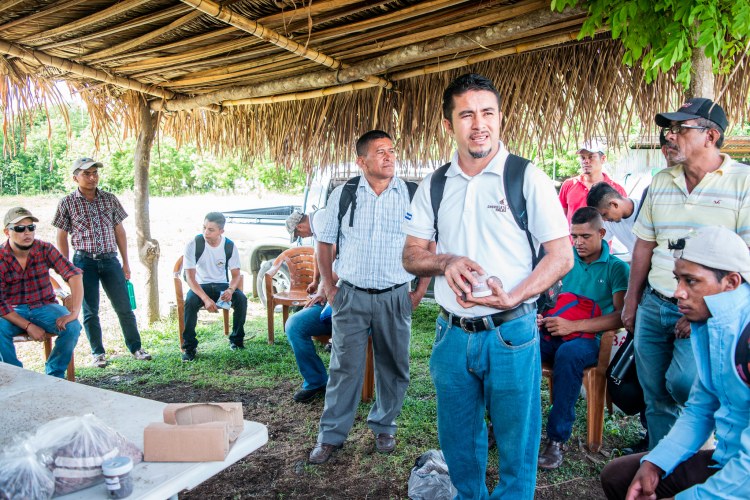 In recent years, as a result of the demand from the Swiss company Chocolats Halba (CH), the production of organic cocoa in Honduras has increased.

In order to support the supply of quality and volume of certified organic cocoa, the company has established mutually beneficial commercial practices with cocoa producers' organisations such as the farmer organisation of Agricultural Producers SERSO San Viator Limitada (COPROASERSO) of Jutiapa, Atlántida.

Rikolto, within the framework of the Knowledge Management of the Central American Cocoa Value Chain Project (GESCON), funded by the Swiss Agency for Development and Cooperation (SDC), has been facilitating the documentation and dissemination of experiences of inclusive business models in the Central American cocoa sector. 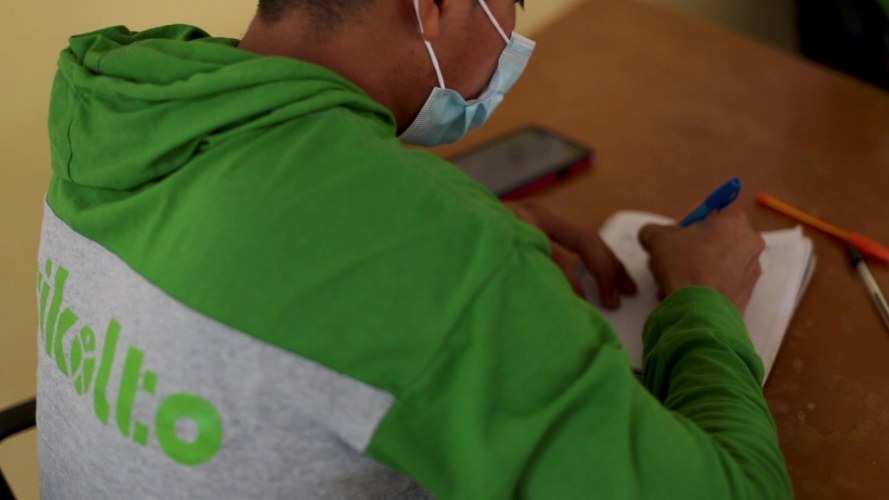 In an ‘inclusive’ business model, farmers are viewed as fully-fledged players in the chain. To ensure the inclusion of farmer organisations in local, regional and global supply chains, Rikolto brings all value chain actors together through the LINK methodology.

Want to know how Rikolto works with the LINK methodology?

"Chocolats Halba is an ally of Rikolto, not only in the development of inclusive business models but also in the exchange of their experience applying the LINK methodology within the cocoa sector at national and international level," says Lourdes Zamora, project coordinator for Rikolto in Honduras.

Through the project, a systematisation using the LINK methodology was carried out and based on the results, Chocolats Halba collaborated with Rikolto to implement an improvement plan with COPROASERSO.

The systematisation highlighted the need to improve the producer organisation's organic certification inspection processes, which would benefit the business relationship with Chocolats Halba and also COPROASERSO's access to more markets that require these quality standards.

The learning journey of one, can be useful to several organisations

"We agreed with Chocolats Halba to organise a two-day workshop to train COPROASERSO inspectors and inspectors from 11 other cocoa organisations," says Lourdes.

The COPROASERSO process served as a case study to share examples and day-to-day issues with the participants. 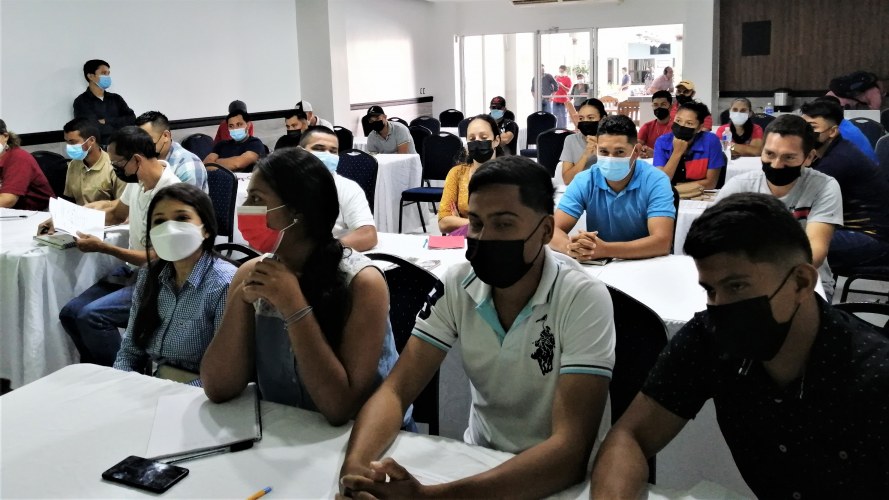 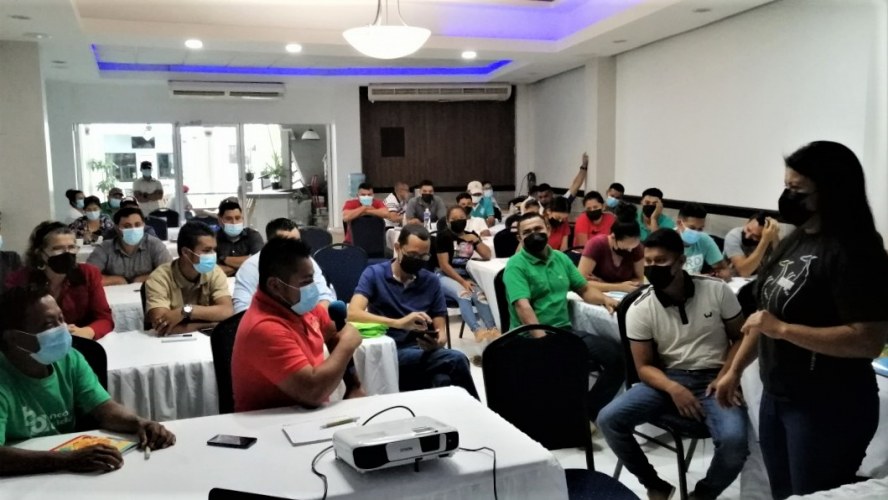 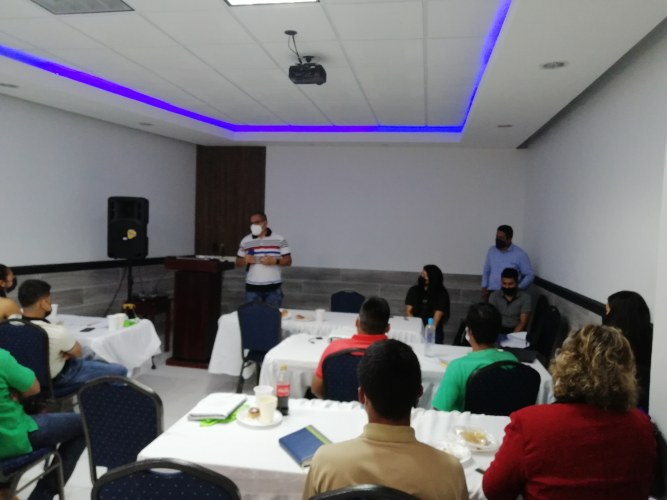 "We addressed the inspection form, the necessary issues and the incidents point by point, and now I am clearer about the work to be done in the field".

"Rikolto supports the environment for this type of business model. We connect buyers willing to invest in long-term businesses like Chocolats Halba, and we work with the farmers' organisations so that they are able to offer environmentally sustainable products with the quality standard required by the market," explains Lourdes. 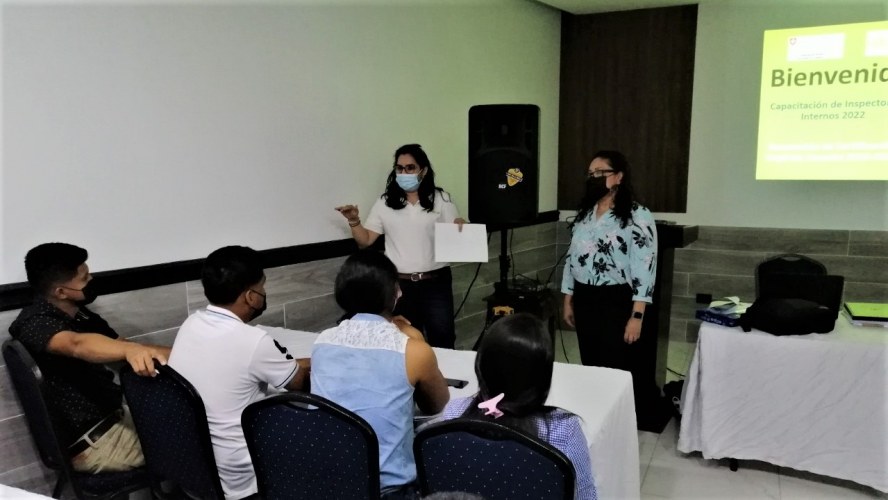 Left to right Lourdes Zamora and Ninoska Hurtado from Rikolto facilitating the workshop.

Luiz Vélex, manager of Chocolats Halba in Honduras, said that since 2014 the company has been working on the issue of organic certification with Honduran cocoa cooperatives and that this year they will support a group of organisations in carrying out the certification process.

"The organic certification process helps to guarantee a fair price for cocoa while the company supports quality and promotes a win-win relationship with producers," added Vélex.

As part of the results, Ninoska Hurtado, coordinator of the GESCON project, encouraged the participating inspectors to create a community of practice of organic certification, which will facilitate the articulation of knowledge, transmit and share their experiences, and raise key issues for the proper development of certification processes among producer groups.

Hurtado pointed out that through the project, the community of practice of agroforestry systems (SAF) Cacao was formed in November 2019, with the purpose of exchanging experiences on the application of good practices for the management of the SAF of Cacao.

The community involves actors from 8 countries in Central America and the Dominican Republic with excellent results in knowledge management.

The director of Rikolto for Latin America, Fausto Rodríguez, highlighted the importance of the workshop in improving actions that strengthen the long-term relationship between the company and cocoa organisations.