Humans make use of nature, and the earth provides free of charge. How can we help to reward our earth, which is inhabited by billions of people? By protecting it!

For Bagus Sudibya and Gede Ngurah Wididana, the key to the continuity of their businesses is protecting the natural resources around them. Both use nature and natural resources to produce different product lines. Sudibya turns gardens and their produce into tourist attractions. Wididana, better known as Pak Oles, turns the produce from his gardens into organic fertilizer and herbal teas. These two men are not young entrepreneurs. But they set up their businesses when they were young. Both have held public positions in Bali since achieving success and fame as entrepreneurs. They shared their stories at the 2015 VECO Indonesia Annual Partner Meeting at a session on entrepreneurship. Pak Oles learned his knowledge of micro-organisms in Japan. Returning to Bali, he started experimenting with the production of plant-derived products and remedies. "As advances are made in pharmacy, we need to be innovative," he said. His university in Okinawa, Japan combined traditional knowledge and knowledge of microorganism to develop alternative and complementary herbal teas.

Pak Oles decided to create organic traditional remedies. His flagship product is Bokashi rubbing oil, which is famous even overseas. The rubbing oil is made from plant extracts and fermented micro-organisms. Now more than 18 years old, the company employs more than 1,000 people in Bali and beyond. Other product lines include herbal teas and organic fertilizer. The inspiration for Bokashi or rubbing oil, came from his mother. Using her traditional knowledge, she makes an traditional oil called lengis arak nyuh. "This oil is very useful for treating all sorts of diseases, and is well-known in Bengkel, where she lives," said Pak Oles. While continuing to produce remedies, he built the foundations of other businesses in media, educational institutions, and the restaurant industry. The functions of all three are clear. The media business is the vehicle for marketing, public communication and entertainment.

The educational institute is the medium for spreading ideas, and for research and development. And the restaurant is for showcasing products and networking. He says that the strong farming businesses are those that practice land conservation. "Organic farming used to be called inefficient; but it turns out, that's not so," he said, talking about the many challenges facing conventional farming businesses. Without a flagship product, it would be difficult for a farming business to progress, according to Pak Oles. Whatever products the business produces, people must believe in them. He also said that branding is crucial because it boosts the product's credibility. 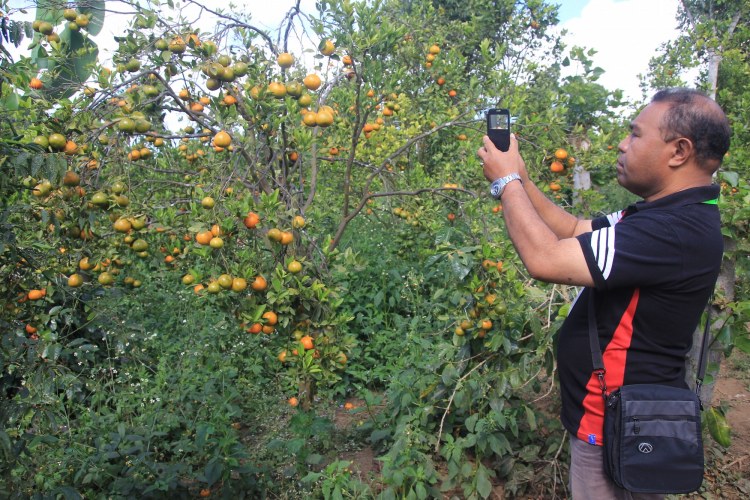 A similar story of agricultural diversification came from Bagus Sudibya, a well-known figure in the tourist industry in Bali. Sudibya is founder and owner of Bagus Discovery, a tourism business group in Bali that focuses on agro-tourism. His businesses include Puri Bagus in Lovina, Buleleng and Karangasem, and agro-tourism in Plaga, Badung. For Sudibya, the key to his success has been credibility. "It was very difficult being poor. No one believes in you. When you have no financial capital, the only thing you have to lose is your self-respect. Don't become an entrepreneur if you have no morals. I started small," said the former chair of the Bali branch of the Association of Indonesian Travel Agents. He loves learning. He studied all over the world, in countries including Germany, Australia and Austria. He studied languages in Germany and the United Kingdom. In Austria, he studied tourism management. His studies in Europe showed him just how great it is to combine tourism and agriculture, especially in Bali, where there is very little farmland. He also believes there is sufficient interest in Agro-tourism for wherever agriculture develops, so can tourism. He explained how Bagus Agro-tourism, in Plaga, Badung district, became a tourist attraction. His vegetable gardens there are set against a backdrop of hills and valleys. Tourists enjoy interacting with the farmers, helping to plant vegetables, which the hotel staff then cook for them.

" It takes me back to the mid 1970s and 1980s, when I was in Europe. I remember seeing a vineyard in Germany, and thinking how beautiful it would be to combine culture, tourism and agriculture," he recalled. He said that for industrial production, you need at least 50 hectares of land. If you have less than one hectare, you need to diversify. "From the garden to the dining table, guests are given cooking lessons and enjoy the warm sunshine,” he said. Through agro-tourism, Sudibya has expanded his business beyond Bali, to Baliem Valley in Papua. He said that farming businesses can be integrated with a variety of other businesses, including tourism.

This article is an excerpt from the LONTAR newsletter of VECO Indonisia. This newsletter is mainly written in the Indonesian Bahasa language, but always contains some interesting articles in English as well.