Diego: a young man bridging the gap between the countryside and southern Quito

Diego: a young man bridging the gap between the countryside and southern Quito

in News
Affordable quality food for Quito's consumers
This news is part of the following focus areas:

On the slopes of Mount Ungüí, South Quito grows, taking in the hills and mountains, different in its understanding of neighbourhood and solidarity. In its streets, where it is colder than in the north of the city, four years ago a network for agro-ecological products began to mend and was withstand to the pandemic.

The seed of the Sur-Siendo Cooperative was planted by several people, among them a 28-year-old young man, Diego Viturco. Learn about its history and how it has been contributing to hundreds of families having a healthy and economically accessible food alternative in southern Quito.

Sur-Siendo: an adventure south of Quito, and beyond

"We started with the process of creating the Cooperative Sur- Siendo Redes y Sabores as an alternative for locating healthy food at a fair price in southern Quito," says Diego Viturco, one of its founders.

Today, at the age of 32, he remembers how he was struck by the fact that in this area, home to 36% of the capital's population, there was no access to fair trade options or organic products; an alternative that was present in different parts of the northern part of the city.

So, in 2016, Diego and other young people attempted to coordinate with fraternal agroecological peasant organisations so they could buy the products that were originally offered under the fair-trade system. Sometime later, after training, the forms of cultivation were modified, which allowed them to make the leap to organic products, which today are in high demand by consumers.

The social, rather than economic potential of the initiative captured Diego's imagination.

"What pleased me most was to achieve an encounter between the countryside and the city. We met with farmers' organisations willing to experiment with other forms of commercialisation. It was interesting to listen to people in the city who thought that cherry tomatoes were the same tomatoes that just hadn't grown much. Also, our colleagues who came from the countryside thought that the whole of Quito was full of buildings. They knew the periphery of the city that is not shown in the reports and they commented that: 'here is the same as there, except there is no space to plant', remembers Diego.

"We met with farmers' organisations willing to experiment with other forms of commercialisation. It was interesting to listen to people in the city who thought that cherry tomatoes were the same tomatoes that just hadn't grown much."

Culture and neighbourhood movements as references

The cooperative was nourished by the contribution of peasant organisations from Cayambe, Pedro Moncayo, Machachi, Píllaro, Pelileo and also from Quito (Argelia Alta). Areas for land producers began to open up very slowly, but there was little involvement from the urban population and the question was how to get more young people to participate? Diego's experience and journey in the youth and neighbourhood organisation were fundamental.

Cultural networks were also a very important reference point. Diego became part of the Red Cultural del Sur, which brings together more than 35 cultural organisations, some with "many years of experience", he says. This contact allowed him to learn from those who already had a long history in the neighbourhood organisational space. 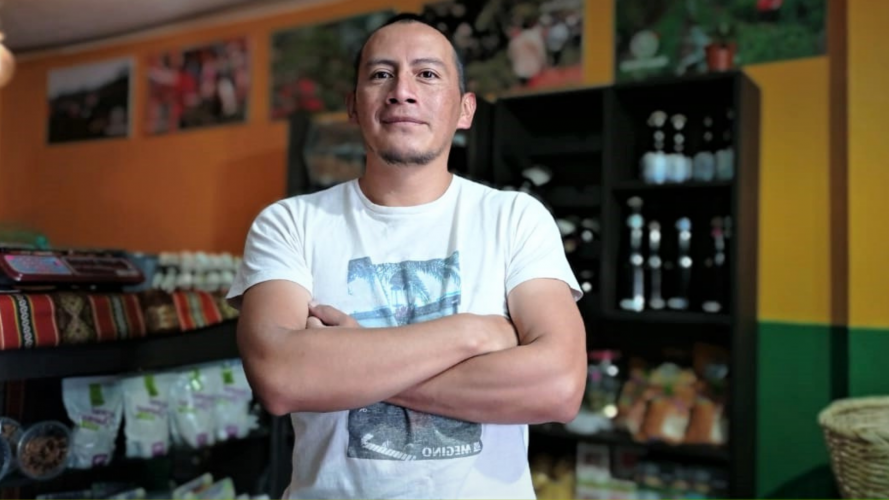 "Since I was 13 or 14 years old I have been participating in a neighbourhood organisation concerned with artistic-cultural issues in the parish of Chillogallo. From this, I got involved with other young people, mainly in cultural matters. Later on, I integrated with the people of the “La Mena” neighbourhood and we started to carry out activities to appropriate public space and that's when I started to link up with the solidarity economy," says Diego.

Faced with the need to bring together more people to market agro-ecological products, Diego put together a double strategy in which he combined the basic and fundamental need to eat, with social networks, which have managed to capture everyone's attention, especially the youngest.

In the first example, Diego emphasises that "since we were little, they have taught us to eat, but not to feed ourselves. They tell us, 'fill your belly' or 'finish your plate'". His concern has been to raise awareness about the nutritional value of food, to emphasise the carbon footprint left by production with agrochemicals and, without doubt, to involve more people in caring for the environment".

"Since we were little, they have taught us to eat, but not to feed ourselves. They tell us, 'fill your belly' or 'finish your plate'".

In the second example, he has taken advantage of the presence and influence of social networks such as Tik Tok and YouTube, and with allies from other organisations, he has generated workshops on camera handling techniques, video editing and audiovisual production, but the development of these skills has cut across themes such as food sovereignty, fair trade and responsible consumption. "It has been a win-win situation," says Diego happily.

Getting closer to the consumer in times of distance

In this context of organisational work, 2020 came into its own and on 11 March the national government announced an emergency health decree. Suddenly a virus brought Ecuador and the world to a halt. The dynamics of commercialisation came to a halt. In the countryside, they began to take the harvested products, and in the city, confined and with a curfew, food became scarce. 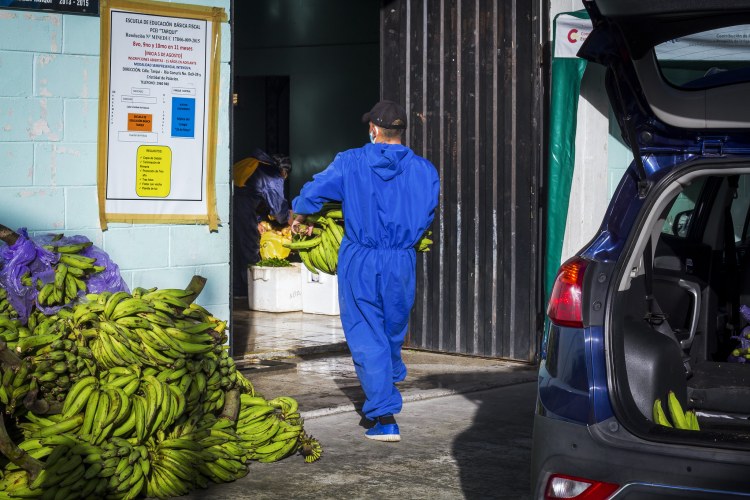 "I always had my eye on the organisation of agro-ecological baskets and with the pandemic, I had to do something," acknowledges Diego, who together with those who are part of the Sur-Siendo Cooperative, sought out and talked to the families who came to the fairs to offer them baskets.

At some point, they delivered up to 180 baskets per week from door to door, for which it was important to establish 5 distribution routes, which meant approaching approximately 35 households. "It was a superb job if you add to it the concern of catching Covid-19, curfew schedules, permits to circulate, among others," Diego recalls. 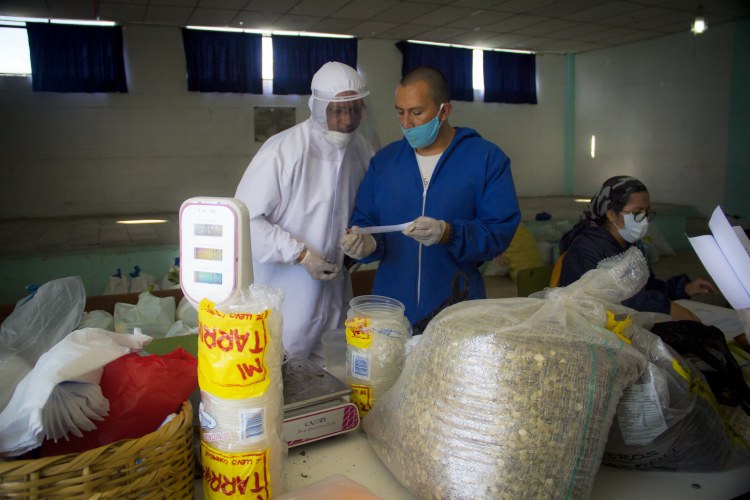 When the agro-ecological shops and the “mercadito” (small market) reopened, the delivery of baskets decreased. However, every Saturday no fewer than 20 agro-ecological baskets continue to be distributed. The cooperative currently has 12 active members, but demand is such that about 20 people regularly participate in daily work, including family and friends.

"Of the group of colleagues, we have, not one has been infected. We assume that this is due to the protocol we had for collecting, preparing and delivering baskets. We took great care of every detail, and it is a real achievement considering that we never stopped our activities during the entire emergency," reveals Diego.

We took great care of every detail, and it is a real achievement considering that we never stopped our activities during the entire emergency.

In alliance with Rikolto, since the beginning of the year, the cooperative has been perfecting the Sistema de Alimentos Madre Tierra, which enables the distribution of food via home delivery and the organisation of urban fairs. This year, however, amid social distancing, it had to be adapted in how it contacted consumers, by using virtual channels.

The work of young people is valued in the cooperative. Thanks to their work, and that of local artists and cultural movements south of Quito, more families are "connecting" with the right to access healthy food. Members and neighbourhood leaders are also in constant communication for feedback and more ideas on how to improve the consumer experience.