Congolese coffee farmers share their experiences through the Sensemaker methodology

Congolese coffee farmers share their experiences through the Sensemaker methodology

in Insights
The Inclusive Business Scan
This news is part of the following focus area:

My colleague Caroline and I set flight to Entebbe, the nearest airport to Eastern-Congo territory, for a two weeks fieldtrip through the amazingly green mountainsides of the Eastern-Congo region between Butembo and the Virunga National Park. The purpose of our trip: uncovering the relationships between the different actors of the coffee chain supported by VECO DR Congo through the Sensemaker methodology.

In our case the actors are the local coffee farmers, members of the coffee cooperative Kawa Kabuya (Kinande for ‘good coffee’), Kawa Kabuya as an organisation, and the international buyer Phusys, who buys the green coffee for export to Europe. 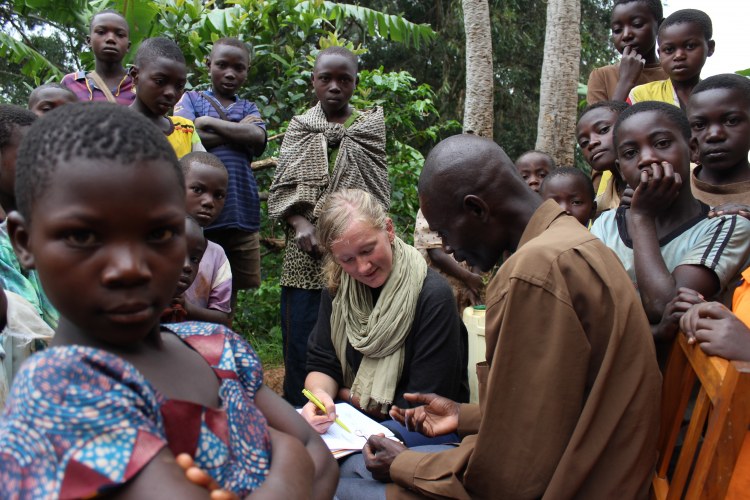 We encountered a region full of contrasts. Beautiful green hills, as far as the eye can see, where men are literally struggling in the mud for survival because of the absence of paved roads; where food is scarce and monotone but children plenty; where the government is absent and the rebel groups numerous; where reality is made out of a long chain of absurdities, some pleasant, other discomforting.

Our trip started with a two days training of 14 students of the Catholic University of the Graben, our local VECO-team and some of the board members of Kawa Kabuya. We dived into the Sensemaker methodology that would guide us these two weeks and made some exercises.

After the training, we left for a 7 day-field visit to the 14 different micro-washing stations (MWS) of the cooperative Kawa Kabuya. A MWS is where affiliated farmers bring their coffee beans to wash, ferment and dry, after which the beans are transported to one central factory for final treatment before export. The 14 washing stations count around 1100 farmers. We set our goal high and wanted to gather at least 800 stories. To be representative, Sensemaker needs a large number of fragments (stories) to be able to reveal patterns that provide insights into the complex reality of farmers and to unveil significant trends. 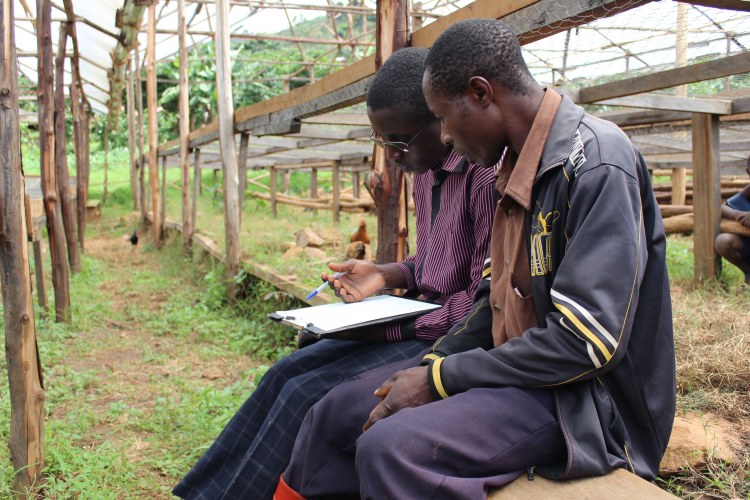 Interviews with producers were done individually. Each farmer was asked to share a story about a specific event that had happened in the past 6 months and that had motivated or demotivated him/her to produce coffee and sell to Kawa Kabuya. Once the story was told and written down, the producers were asked to answer a set of questions related to their story. These questions are crucial to the study as they are meant to reveal the perception of farmers on the importance of being a member of Kawa Kabuya and the relationship to the international buyer Phusys. The unique element of Sensemaker is that it allows the storytellers to make sense of their own story and reality, eliminating the research bias.

For us, visiting the MWS’s opened a new world. A whole bunch of cheerful and curious people welcomed us. It became clear that farmers are very hopeful regarding the future. Being a member of the cooperative Kawa Kabuya, for many farmers has led to a more stable income, access to decent processing infrastructure and transparent pricing. This is a big change for farmers. In the past, (illegal) buyers would offer a very low price for their beans. Transparency in pricing was totally absent and these buyers never sealed long term contracts.

After the collection of the stories, we could start the analysis. Most stories are positive and show that the relationship between farmers and Kawa Kabuya is seen as beneficial. First signs of impact on the livelihood of farmers is also visible as many farmers indicated in their story that they can now pay tuition for their children, medical costs, managed to finish the construction of the house, bought chicken or goats and improved their meals. So yes, we can say that the cooperation is adding value to the life of these coffee farmers.

But our research also revealed that about 1/3rd of the interviewed farmers have no idea how the end product looks like and what happens with their coffee beans after they sell them. Coffee as a drink is something that only a handful of producers has ever tried. And if they have ever tasted coffee, it was of inferior quality.

This made us question: how is it possible that we, consumers, contribute to a system were people at the very beginning of the production chain don’t even know what exactly it is that they are producing? Moreover, how can it be that a million dollar coffee business is making some companies rich, while poor Congolese farmers are struggling to pay school fees or to feed their family? I felt ashamed, ashamed that I was complaining about all the dust, my stinky clothes, the bad roads, the uncomfortable bed, the monotone and little flavourful food (carbohydrates like bananas, potatoes and manioc with and fish or meat and when lucky some black beans)…

Don’t we all like a delicious flavourful cup of coffee in the morning? Shouldn’t we reward fairly those that do the hard work? In the end (or actually at the very beginning of the chain) it is the farmer that makes sure that we can sustain our ‘coffee drinking habits’ and that new coffee bars are popping up everywhere...

Along with all the actors involved in the coffee business, we consumers bear a clear responsibility: with the prices we pay for our cup of coffee, we determine whether farmers make a good living, have a roof above their head and can eat three times a day.