Collaboration: a key word for the coffee supply chain in Latin America

Collaboration: a key word for the coffee supply chain in Latin America

We all know that 2020 has been an eventful year for the coffee industry. Logistical issues and widespread café closures – as a result of Covid-19 – have taken their toll. But throughout the difficulties the supply chain has faced, stakeholders across the sector have worked together to innovate and respond to these difficulties and challenges.

How can partners and stakeholders work together to overcome obstacles? “Collaboration” was a key word in the recent “Virtual Coffee Dialogues”, a Latin American webinar series organised by Rikolto, Promecafe, Cospe, PROAmazonia and Jacobs Douwe Egberts.

This series of online conferences focused on the impact of the pandemic, how organisations are innovating to move forward, and what the future holds for coffee production in Latin American countries. Read on to learn more.

Collaboration is at the top of the agenda for many major stakeholders in the coffee sector. Mariela Wismann, Director of Coffee Programmes for Rikolto in Latin America, stresses that constructive dialogues are incredibly important for every actor in the coffee supply chain. She says that they help to build transparency and understanding, and to share knowledge, but there is sometimes a lack of communication and co-operation. “It has an impact on decisions,” she tells us. “For producers, for example, explaining why they process in a certain way, how they harvest, and the difficulties they face with shipping coffees can support buyers and importers.”

Mariela explains that this was part of the reason that a number of organisations, including Rikolto, organised the webinars. The intention, she tells me, is to jointly develop new strategies for the coffee sector. She adds that in a sector where regional data is scarce, virtual events will be an important part of building knowledge and a sense of community going forward. “Including the producers is important; we need to recognise their expectations and build resilience with those who grow coffee as livelihood.”

Including the producers is important; we need to recognise their expectations and build resilience with those who grow coffee as livelihood.

Prior to the pandemic, many producers were already dealing with the long-term consequences of previous crises (including the coffee leaf rust epidemic and the low price crisis of 2014, among others).

In the Virtual Coffee Dialogues series, Juan Humberto Davila of the National Federation of Coffee Growers of Colombia (FNC) emphasised that by working together, the FNC and the Colombian government were able to clearly communicate new measures to coffee producers using characters and symbols that were already familiar to many producers.

In many cases, collaboration between national governments and other organisations has made a quick response to Covid-19 possible. Andrés Montenegro is the Program Director of Verité’s COFFEE Project. He noted that the stronger the organisations involved are, the faster and more effective the response can be.

“[Organisations] are moving fast to identify biosecurity protocols that can be effectively disseminated [among coffee producers],” Andrés said. “They are also bringing together local and regional governments, and promoting effective mitigation measures as well as providing support services.”

And while many organisations are focused on mitigating the impact of the pandemic, others are using it as an opportunity to launch new projects and initiatives. Víctor Sarabia represents Exporting Andes and Amazon Agency in Peru. He said that the pandemic had provided the coffee sector with the opportunity to unite. “[For example, we created] an integrated virtual platform that supports national and regional coffee events organised throughout the second half of 2020,” he said. 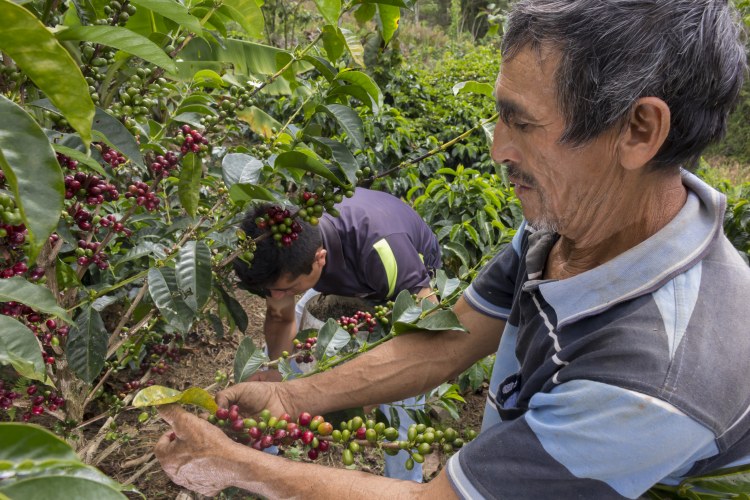 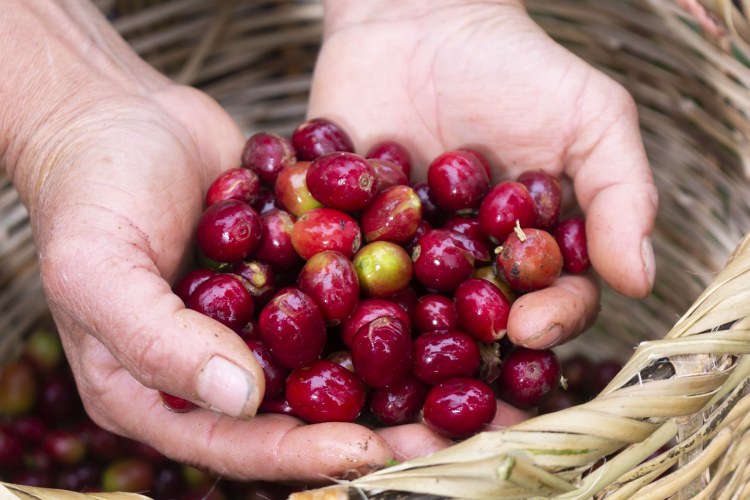 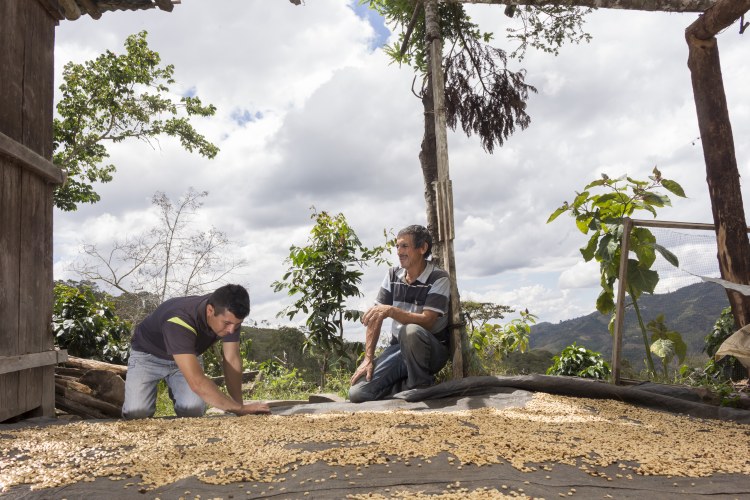 In recent years, there has been worldwide acknowledgement of how the coffee sector is innovating in Latin America. “There’s a mindset we need to change,” said Vera Espíndola, part of the board of directors of the Specialty Coffee Association (SCA). “We think that innovation should be led by an institution [like the government], but in more than one case, innovations in coffee are being carried out in unison.”

One example of this is the increase of internal coffee consumption in producing countries. By increasing internal coffee consumption, producing countries generate a healthy base of coffee drinkers and create more options and security for producers. Espíndola mentioned the impact of Brazil’s coffee in schools programme, Mexico promoting coffee through domestic tourism, and the FNC in Colombia positioning coffee as a drink for “every moment of the day”.

Another example on innovation came from Dutch trading platform Beyco, who have been uniting coffee producers and buyers with the use of blockchain technology. Demand for the platform has increased during Covid-19 as it has helped to bring people together when they have been unable to travel. The platform has a focus on transparency and traceability, and its detailed data recording supports stakeholders to create long-term relationships.

Driving the coffee sector forward together

Sustainability has been an important topic in the coffee supply chain for decades. Discussions about it cover everything from the environment and climate change through to how and when producers are paid for their crop. However, what role does collaboration have to play in a sustainable future for the coffee sector? Mariela Wismann shared with us three key ideas:

The first step is talking about the issues that matter in the coffee industry. By conducting the right discussions, we can improve understanding, foster collaboration, improve lives for producers around the world, and maximise the potential of the coffee sector.

Among the specialists and representatives that contributed to this discussion were those from CLAC-Fair Trade, the Global Coffee Platform, Lavazza, Lutheran World Relief, UNDP, Root Capital, International Women's Alliance, ECOM, Salvadoran Coffee Council, National Coffee Board from Peru and the Honduran National Coffee Council. 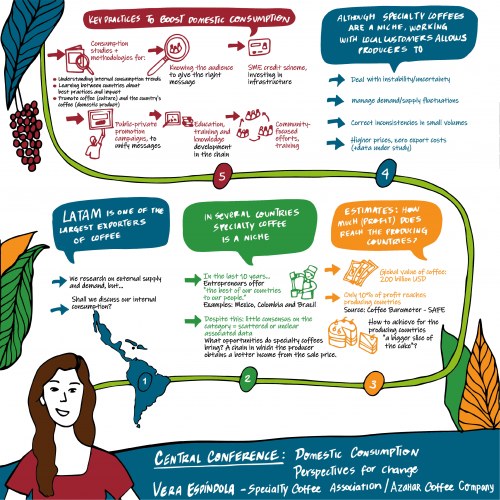 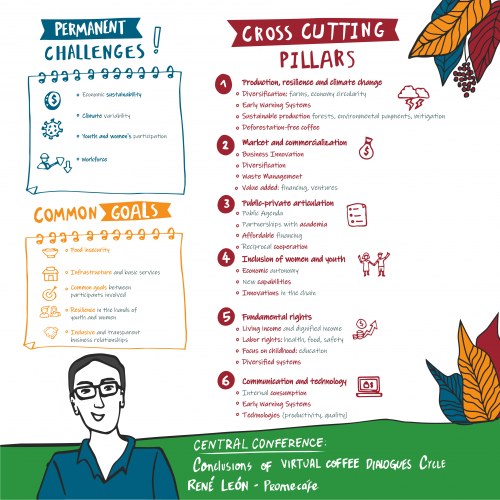 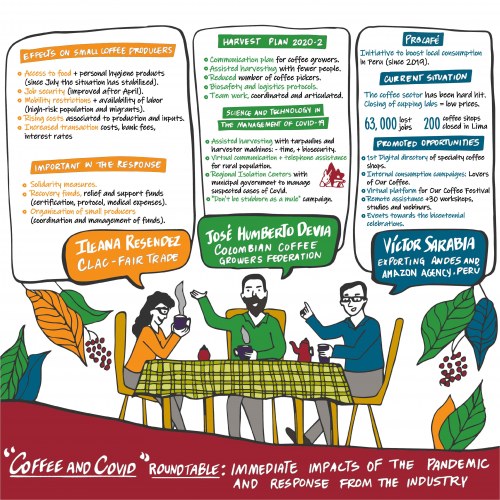 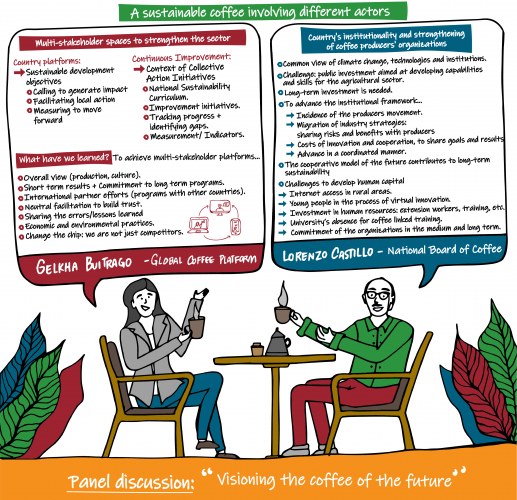 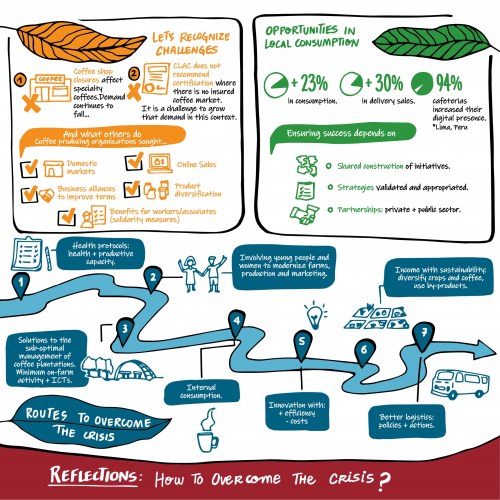 Here, you can download the complete graphic reports of each of the Virtual Coffee Dialogues.

Read the original article on the Perfect Daily Grind’s website.