Giving a further boost to Eastern Congo’s coffee sector thanks to additional micro washing stations: that is in the works in Rikolto’s new programme in the country. This way, we keep supporting cooperatives and farmers on their path towards economic independence.

A micro washing station is a place managed by a group of a few hundred coffee farmers to wash their coffee: this guarantees a consistent quality. Before micro washing stations are built, a thorough awareness-raising process takes place to make farmers realise the responsibility that they hold, as well as the importance of their financial contribution. Each station is managed by a few hundred coffee farmers who co-invest in its construction.

These stations allow farmers and cooperatives to gain independence from grants, gifts and funding: cooperatives can slowly but surely pay off their owed debt to credit institutions. The six cooperatives supported by Rikolto are set to become completely independent by 2025, at the end of our five year programme funded by the Belgian Development Cooperation (DGD).

Increased incomes for cooperatives and farmers

Thanks to the new micro washing stations, 1,575 new coffee farmers joined cooperatives in the past two years. Between 2021 and 2025, 55 new stations are planned to be built and an estimated 5,500 farmers would become members of cooperatives.

Aside from allowing farmers and cooperatives to become independent, micro washing stations provide the members with a higher income compared to non-members. This income is the result of three things: 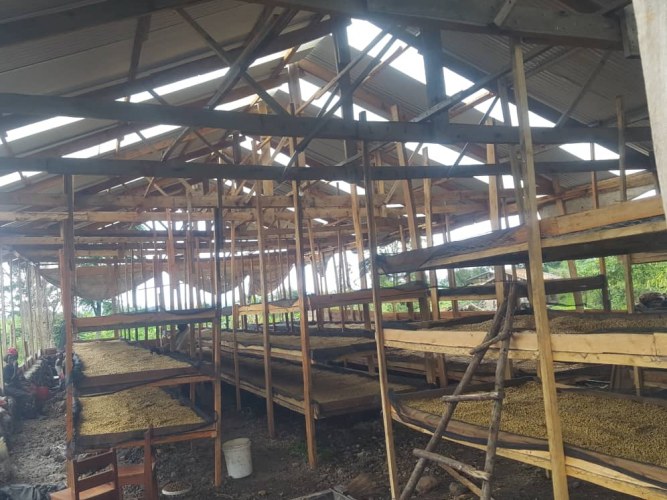 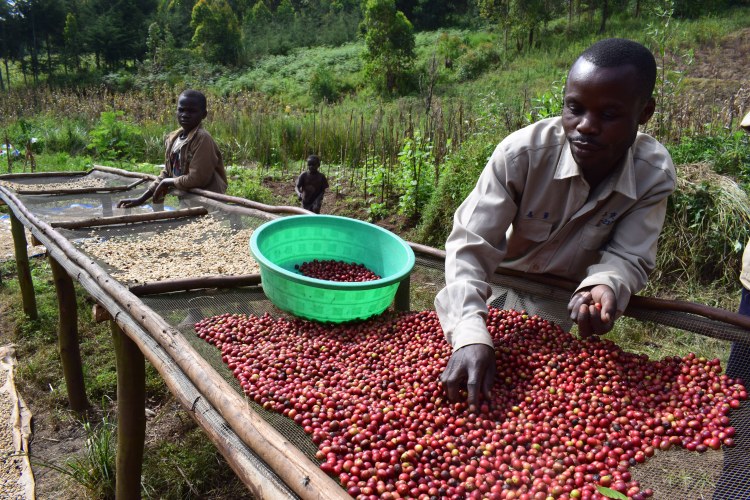 Booming businesses, if the security situation allows it

Three out of the five existing micro washing stations met or even exceeded the turnover goal of six tons a year. Cooperation COOPADE, for instance, achieved a productivity turnover of fourteen tons in 2021, which is more than twice its goal.

Two other stations did not meet the expected six tons a year. Armed rebels in the region caused severe disruptions to the work and, on top of that, farmers have to deal with fast ripening coffee beans. Rikolto investigated what caused the issue of the fast ripening coffee beans and the washing stations were provided with a measuring tool to prevent such problems in the future.

Four cooperatives, COOPADE, COOKKANZ, CKK and SCPNCK, obtained organic certification. COOPADE and COOKKANZ both also obtained the FairTrade certificate albeit from a distance. The safety concerns in the region left FairTrade with no other choice but to deny inspectors access to the region, which made investigating the cooperatives impossible. Rikolto is now investigating whether consumers would be interested in alternative certifications.

Existing partnerships have also evolved in the past year. Rikolto has sat together with Farm Africa and Virunga Foundation, which work together with COOPADE and COOKKANZ, to create an exit strategy and allow the cooperatives to take initiative and provide input for the commercial contracts that are being drawn up.

Trade for Development Centre, a project from the Belgian development agency Enabel, sent two experts to coach cooperatives in marketing and management capabilities. Agriterra supports the financial management led by CKK and CPNCK.

Meanwhile, Rikolto takes the lead in a new project created by the International Foundation for Agricultural Development (IFAD), which encourages the further development of the coffee sector in the region.

Curious about what the future holds?

Subscribe to our newsletter for more updates about the revival of eastern DR Congo's coffee sector.