For better or for worse: transparent value chain management

For better or for worse: transparent value chain management

The right quantity, at the quality requested, at a viable price: that is all there is to it. And yet this sacred trinity in the food business is not self-evident. That is why Colruyt Group and Rikolto try to do business in an inclusive way in their chain projects by creating fair conditions and going for transparent management of the chain.

Fair and transparent management of the chain revolves around defining and applying clear and consistent quality standards and commitments to buy and sell certain quantities at certain times. "Everything starts with recognising that you are mutually dependent as partners", explains Joris Aertsens of Rikolto. " Sharing commercial risks is the cement of successful relationships. Trial and error have allowed us to translate these principles into practice in our supply chain projects.”

How do you set a correct price?

"In our very first chain project, the rice from Benin, we based ourselves on the fair-trade mechanism," says Mieke Vercaeren of Colruyt Group. "The minimum price calculated by the Fairtrade Labelling Organisation for rice producers in Benin was then taken as a reference.”

A special pricing mechanism was worked out for the coffee from Congo. It is a speciality coffee, so you play in a different class than the bulk coffee traded on the stock exchange. That's why we take the New York coffee exchange price as our starting point and always add a premium," explains Karen Janssens of Colruyt Group. "We set a lower limit, which is well above the current market price. So farmers know that they can never expect less than a certain amount. We also agreed on an upper limit. It offers security for both parties. The advantage of such a mechanism is that you do not suffer from the volatility of the coffee market, but you do allow the structural signals from the market to seep in. 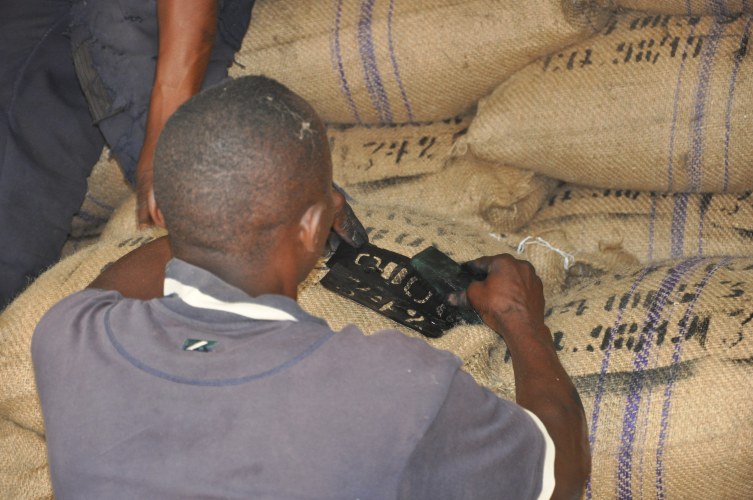 Also for the coffee from Burundi, Colruyt Group started from the idea of what is an acceptable price for the producers. When determining the price, the fair-trade price is taken as a reference. The price came about after a meeting between the cooperative, the buyers and the King Baudouin Foundation in Halle. "I suggested to the farmers that they make us a price proposal. That came as a total surprise to them. They are not used to being at the steering wheel when it comes to setting prices. The King Baudouin Foundation then guided them to make a proposal based on a business plan. It was a unique experience for me and for them," remembers Carine De Cock, responsible for sourcing hot drinks at Colruyt Group.

In the retail sector, purchase price and retail price are not directly linked. "It is not because we pay a higher purchase price to the farmer that the price for the consumer increases", explains Mieke Vercaeren. "Otherwise we price ourselves out of the market and sell fewer products, which also has a negative effect on the farmers' volumes. It is a delicate balance that we have to take care of.”

To certify or not to certify: that’s the question

The demand for certification comes up in almost every chain project. What do we want to achieve with it? The considerations vary according to the context. Sometimes certification is a tool, sometimes it is not.

"In our first chain project, the rice from Benin, we very consciously opted for fair-trade certification," says Mieke Vercaeren of Colruyt Group. "The advantage of such an existing standard is that you can start from a detailed roadmap, also when it comes to the minimum price the farmers get. The disadvantage was that the audit costs were too high for a relatively small volume (about 12 tonnes per year). That is why we decided, in consultation with all partners, not to renew the certification. ”

In the case of the chocolate from Nicaragua, Colruyt Group originally wanted Fairtrade and organic certification, but the farmers' group La Campesina asked for this requirement to be dropped. They already had the UTZ label and a local label similar to fair-trade, "Selo Pequenos Productores". That label is hardly known in Belgium and so Colruyt Group did not consider it to be of great added value to the market here. Colruyt Group did, however, agree to drop the extra Fairtrade and organic certification requirement.

The quinoa from Peru is certified organic. This was necessary to position the product correctly in the Colruyt and Bio-Planet shops.

Also in this case, the most important thing is consultation and collaboration. Sometimes certification is the best solution, sometimes other solutions work out better. "Certification certainly has an added value, for example in more complex chains", says Karen Janssens. "When, for example, you sell products in which the origin and producers change regularly, for example because of the seasons, certification makes it easier to guarantee traceability and sustainability criteria. "Even in long and complex chains where only a small quantity of certified product is in the end product, certification is actually the only feasible way to offer a number of sustainability guarantees. This is slightly different for products from the chain projects: here we know the origin of the raw material and the farmers well. Together with the producer organisation and the local facilitator (a local actor, such as an NGO), we can guarantee that the chain criteria are respected. It then depends on the cost price and on the product positioning whether and for which certificates we choose".

Volume and quality: the gap between knowing and doing

Quality and continuity in volume are two key elements that need to be tightly managed in a successful value chain. Farmers are often insufficiently aware of the market’s quality standards and how price levels are linked to them. Nevertheless, it is a decisive factor for their success. Even in countries where such standards are not yet legally established, consumers have increasingly high expectations with regard to quality and hygiene. 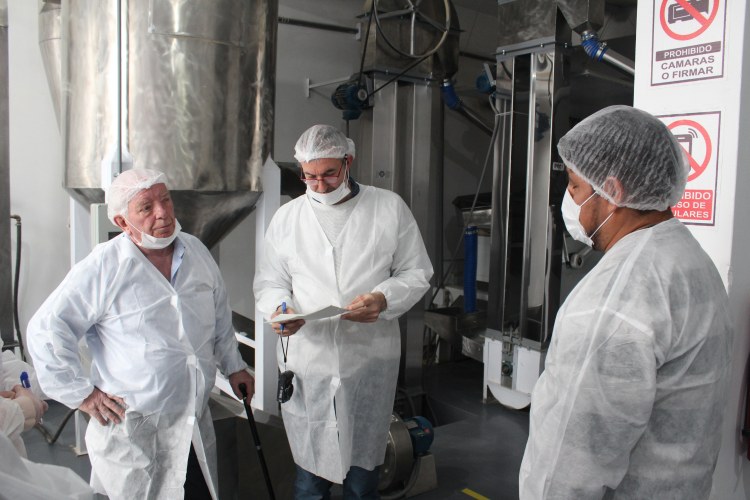 In our chain projects, this is something we make clear agreements right from the beginning. The retailer and importer know the market. Their insights help the farmers to realise the specific quality requirements on larger volumes. By definition, these value chain projects are about working together with 'fragile' producers. Delivering larger volumes of a product, of a stable quality, is quite a challenge to overcome.

This challenge is most acute for fresh produce, like fruits and vegetables, grown by hundreds of different producers. In the banana chain from Senegal and the passion fruit chain from Tanzania, it turned out to be an insurmountable hurdle to generate stable volumes of the necessary quality - and to guarantee that quality from field to shop. Only a well-oiled farmers' organisation with an efficient quality control system can meet such a challenge.

A strong farmers’ cooperative and the choice for less perishable products therefore greatly increase the chances of success. But even then, alertness remains necessary. 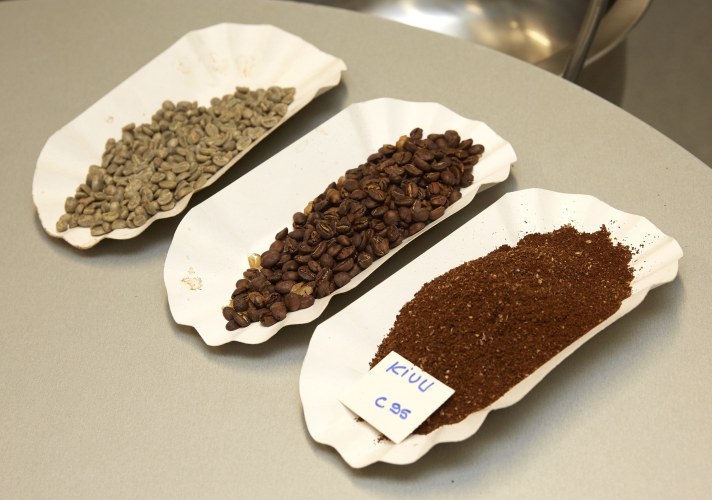 "The first cargo of our coffee from Congo was excellent. However, the next delivery had quality issues. The test samples were perfect, but the container that arrived later contained coffee of inferior quality", says Kris Durant, master coffee roaster at Colruyt Group. "The young coffee cooperative had become a victim of its own success. Because of the pressure to run larger volumes, they had forced their quality process. Fortunately, everyone saw the seriousness. We sat down with Rikolto, our trader and the cooperative to see how we could better support the farmers, and quickly. By now, a quality lab has been installed on site and we are confident this problem will not occur anymore in the next delivery.”

What if things go wrong? How do we share the risks?

The example of coffee immediately touches on another aspect of transparent chain management: risk management. "If things go wrong in this case, what are our options?" asks Carine De Cock, coffee buyer at Colruyt Group. "Either we will have to resell expensive coffee to third parties at a lower price and take a serious loss. Or we can reject the container and send it back, which would push the cooperative into bankruptcy. We cannot do such a thing in a value chain project. But we cannot accept a bad container two or three times either".

Agriculture is risky business, that much is clear. The weather can cause damage, market prices can crash or peak, the political context can change, quality management can go wrong... And if things go wrong, the costs are considerable. 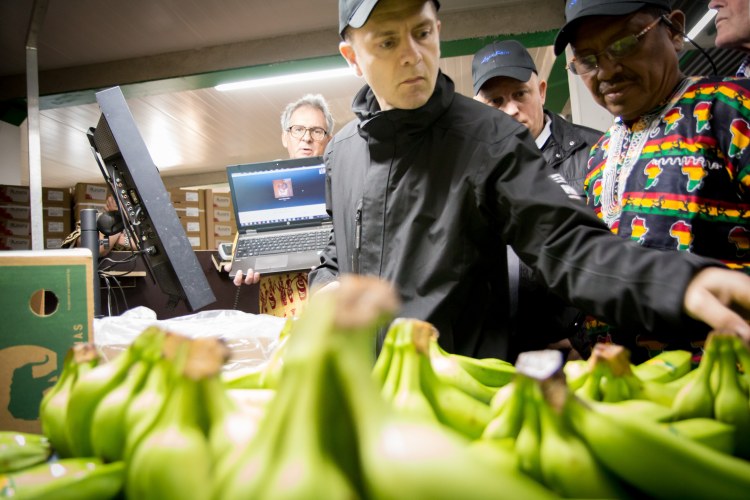 In the case of the banana export from Senegal, the risk proved too big for the cooperative. "The logistical risks of transporting bananas in a container ship and everything that goes with it was seriously underestimated," says Leo Ghysels of Rikolto. "The first test container ended relatively well, but on the second, the bananas had ripened in the container. Upon arrival, it turned out that they could not be sold anymore. "The result: a loss of EUR 20,000. "We then shared that loss between all the chain partners, but you do not want to go through that a second time. Hence the decision to focus on the domestic market and first get the quality under control".

Apart from the risks associated with the chain, there are the ever-increasing risk of climate-change related droughts and extreme rainfalls. Weather insurance will become increasingly important. Perhaps, in the future, insurers should be more actively involved in chain partnerships to make risks more explicit and formal?

How crucial is a contract?

This brings us to the last point of transparent chain management: sounds agreements, whether or not they are put on paper, sharpen the roles and risks for each party.

In the chain projects, a Memorandum of Understanding is signed by all chain actors. The agreement specifies the role of each partner. Sometimes there is also a written agreement between Colruyt Group and the farmers' organisations about how the price is established, the required quality levels and the agreed volumes. But this is not always the case: for instance, there are no formal contracts between the farmers and Solid and this in itself has never led to any problems.

"You can't put everything on paper," says Philippe Toussaint of Colruyt Group. "The basis of doing business is trust. If a problem arises, you have to solve it together. Let the right people talk to each other and you get a system that everyone can trust. That is the best guarantee that the contract will be honoured. And if it doesn't work, consider changing partners.”

A recap: this is what we learned

Other articles in this series: