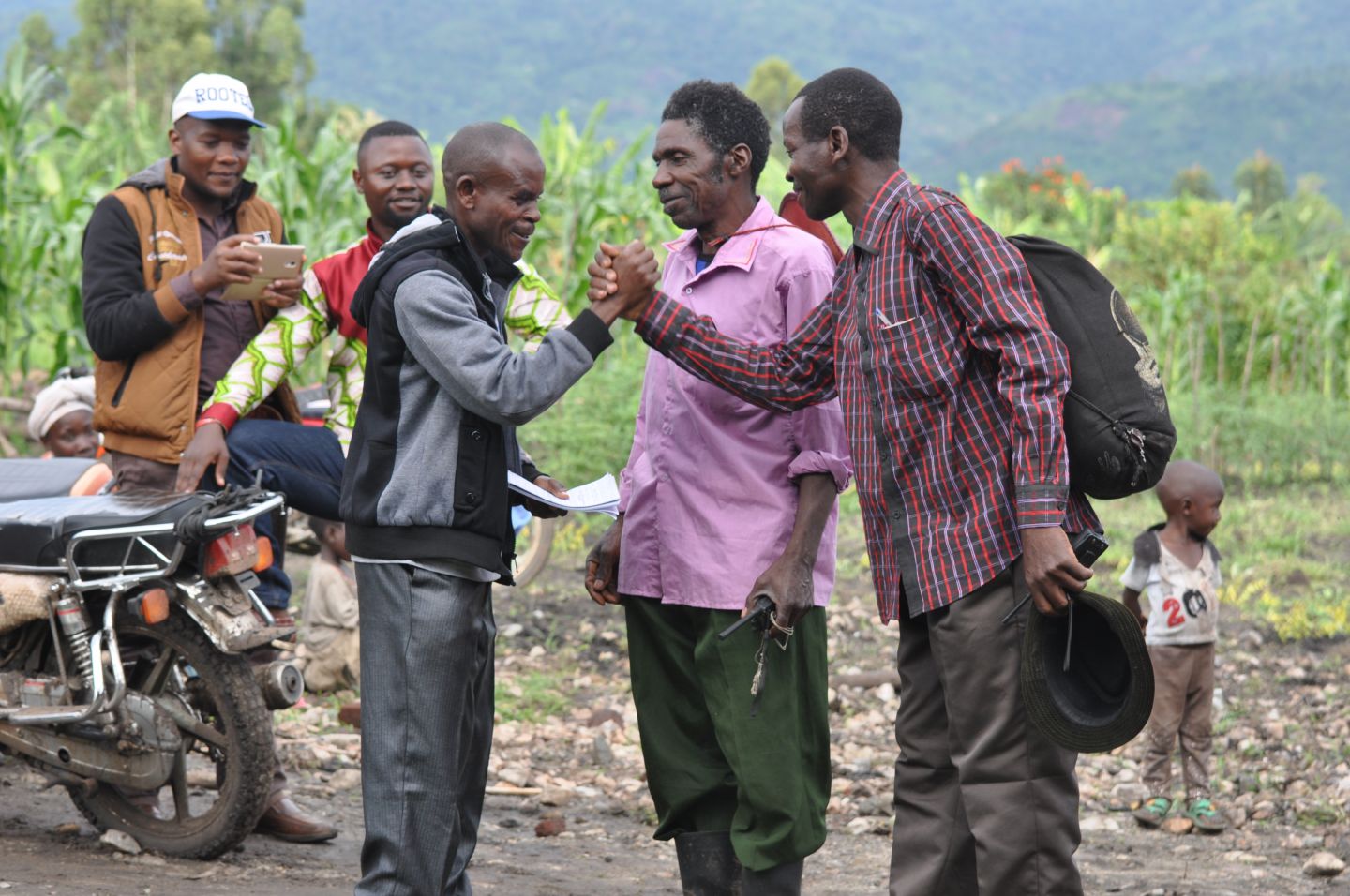 Last year Rikolto financially supported 136 organisations in 16 countries in Africa, Asia and Latin America, compared to 129 the previous year. Of these, 55% are farmers’ organisations, compared to 52% the year before.

This change reflects our programme strategy: since we want to fix food systems, we also closely work with - and sometimes financially support - local NGOs, commodity platforms, different national and local government institutions, business service providers or research institutes. Moreover, we include investors and social lenders and private companies in our interventions. But our end goal remains the same: our interventions always benefit the farming communities and end consumers.

Constant consultation and dialogue with our multiple stakeholders is part of Rikolto’s DNA. In the next chapter you can read more about how we build partnerships, and an extensive overview of all our stakeholders can be found [on our website].(https://www.rikolto.org/en/about-us/annual-report/our-stakeholders).

Type of partner organisations involved in our programmes

In 2020, we worked with a total of 207 farmer organisations, farmer cooperatives or farmer groups. 191 of them are supported in their business development; the remaining ones are national-level farmer unions or federations with whom we focus on advocacy work. Not all of these receive funding: we sometimes only give specific advice or provide trainings.

We support farmer organisations in their business development, so that they are able to market the products of their members in a professional way, leading to stable incomes for farmers and more sustainable food available for consumers. Since 2018 we also keep track of the quantities of the main commodities sold collectively through a farmer organisation, cooperative or another collective action mechanism. Besides the collective sales (figures in the table below), farmers may well use part of their produce for own consumption or sell it individually through intermediaries.

Number of farmers reached per country

In many cases, however, more farmers are involved during collective sales. Moreover, it is an inherent part of our strategy to achieve policy changes within companies, at commodity sector level and in national legislation, and to encourage other organisations and governments to replicate successful experiences on a much larger scale, so that multiple farming families benefit from our interventions.

In Ecuador, the number of farmers we work with increased because of the launch of the MOCCA-programme, in the frame of which we have started working with 3 new cocoa farmer cooperatives. The programme targets supporting cocoa farmers to renovate their cocoa plants to increase their productivity and thus improve their marketing capacity, incomes and livelihoods. In Indonesia, a large FDOV-funded rice programme in which 9750 farmers were directly involved, came to an end in December 2019.

In East Africa, two EU-funded projects were launched, one in the southern highlands of Tanzania, focusing on vegetable production, and another one in northern Uganda, on enhancing food and nutrition security. Meanwhile, in Uganda, at the end of 2019 our collaboration with rice farmer cooperative Bukusu also ended.

In West Africa, the decrease in number of farmers is due to the fact that our programme in Benin finished.

In DR Congo, the steep increase in number of farmers is thanks to the PICAGL-project funded by the World Bank, in which we have a wide outreach to rice farming households in South-Kivu and Tanganyika regions, where more than 10.000 farmers altogether benefitted from trainings in farmer field schools in 2020.

In Vietnam, we conducted refresher trainings on Participatory Guarantee Mechanisms for 8 new farmer organisations and their members in Hanoi. In our rice programme, many more farmers joined as the production areas under the Sustainable Rice Platform (SRP) standard for sustainable rice production were expanded.

There is still a big gender gap when we look at the farmers we directly support through their organisations. About 60 % of the members of farmers’ organisations are men. Especially in the coffee and cocoa sector, traditionally more men are involved, whereas more women are producing fruits & vegetables. In most of our regions we implement specific interventions to give more opportunities to women. Yet, we consider it crucial to move beyond punctual initiatives towards mainstreaming gender equality and equity in our programmes. To this end, we have developed a Global Gender Inclusion strategy in 2020.